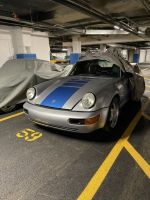 Twitter user @iamconnorwoods has shared new images of Rise Of The Beasts Mirage vehicle mode for your viewing pleasure.

The images gives a very close look at Mirage alt mode: A silver Porsche with a big blue stripe on the hood. We can also spot a small Autobot insignia.

See the images attached to this news post after the break and then sound off on the 2005 Board! 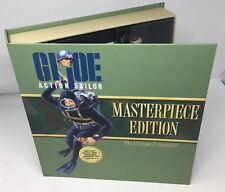 Last week, Paramount Pictures Corporation has filed a new copyright entry at the United States Copyright Office for the upcoming Transformers: Rise Of The Beasts. The entry contains a brand new synopsis (highlighting Scourge) along with several other details.

It is interesting to note that the Projected Date of Publication is December 2022.

On a copyright filing for a movie, the Projected Date of Publication is the estimated date of the release of the movie. This is true for all movie copyright filings (see attached records of other movies – Dungeons & Dragons by Paramount Pictures and Eternals from Marvel Film Finance).

Based on the ROTB copyright, it is likely that the movie would indeed be delayed. Following the box-office fallout of Snake Eyes: G.I. Joe Origins, Paramount immediately took down the September release date of Clifford The Big Red Dog. It is likely that the prevailing situation is affecting the completion of the 7th Transformers Live Action Movie. This is also denoted by the ‘Date of Anticipated Completion’; which is the reference to the estimated completion date of Post Production. The film is expected to be completed by June 2022. 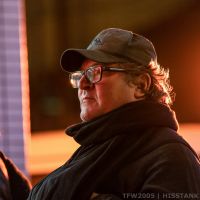 Polygon sat down with producer Lorenzo di Bonaventura to talk a bit about the past and the future of the Transformers Live Action Movie Franchise.

Q: Was Bumblebee a bit of a gamble? Did it pay off? It seemed successful, but maybe modestly so.

A: I rarely criticize the marketing campaigns because it is what it is, but it truly had an abysmal marketing campaign. They were trying to sell it too soft and so it became like we were selling an animated movie or something. But the result of it was that the movie is really loved. It re-engaged the audience in a very different way and was very successful in that. I think from a financial point of view, you’re right, it was a modest success. But for the franchise, it was a big success. It reminded the audience of their sort of elemental connection to these metal beings and why we love them and why we care about their personality. So I think on that level, it was a smashing success. The best measure is we got to go on ahead and make another Transformers movie.

Q: You recently announced Transformers: Rise of the Beasts — how will that continue the thinking from Bumblebee or perhaps rethink the franchise?

A: I’ll say this: The first Transformers movie and the Bumblebee movie both got into that sense of wonder and that first connection between man and machine. So we’re hoping to replicate, in many ways, what we did in Transformers 1, which was tell a very emotion-driven story with big, wild experience. Bumblebee reminded us of our roots, in a sense.

You can check out the full interview at Polygon.

Courtesy of the Montreal Car Spotting group, @ramdeenstudios and yova.prime, we have our first clear looks at Optimus Prime’s vehicle mode in Transformers: Rise of the Beasts, from where it was being shot in Montreal!

A very familiar red-and-blue truck, Optimus is indeed looking quite similar to his G1 counterpart as reports had suggested before. We still have no looks at his robot mode as of yet, however, but we’ll keep you updated as the news rolls in.

Check out the images and let us know what you think after the break! 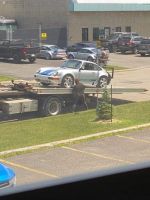 Via the Montreal Car Spotting Facebook Group we can share for you new photos from the Transformers: Rise of the Beasts shooting in Montreal.

You can check out all the photos after the break, and stay tuned with TFW 2005 as we’ll likely have more movie news coming in!

Coming to us once again from friend of the site Protoman on Twitter and 2005 Board member superhomme, we have a small batch of set photos for Transformers: Rise of the Beasts where it was shooting at both Atwater Downtown and Place Ville Marie in Montreal Quebec Canada.

However, what we think fans will be most interested in is a possible first look at Mirage’s alt-mode in the movie, a silver Porsche – and there are two of them present in fact. (Perhaps this may also open the door for a Masterpiece G1 Jazz happening down the road as well?)

You can check out photos after the break, and stay tuned as we’ll likely have more movie news coming in over the next few weeks and months. 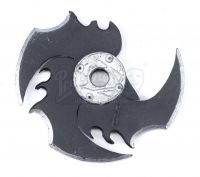 Prop Store website will pass some Transformers 2007 And Dark Of The Moon props through the auction block from June 29th to July 1st, 2021. The list include the following:

A good chance to own part to the history of the Transformers live-action movies. Click on the discussion link below and let us know your impressions on the 2005 Board!

Collider has just broken the news that Ron Perlman will be the one voicing Optimus Primal in the upcoming Transformers: Rise of the Beasts. Perlman previously voiced Optimus Primal in Machinima’s Power of the Primes series.

Let us know your thoughts after the break! 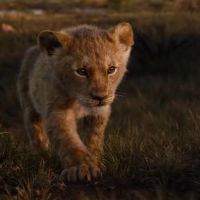 Moving Picture Company (MPC), the masterminds behind the VFX of Disney’s Lion King “live-action” movie is undertaking the CGI work for Transformers: Rise Of The Beasts.

MPC is most known in the industry for its realistic take on animal CGI and movement. It’s not hard to speculate what sort of magic MPC will bring to the table this time (pssst… it’s Beastformers).

Apart from Lion King, MPC recently did the VFX for animals on Disney’s Cruella, Godzilla vs. Kong, Call Of The Wild, and Paramount’s Sonic The Hedgehog.

But wait, there’s more! If you are interested in working for Transformers: Rise Of The Beasts, MPC is hiring for the movie. Head on over to their official Linkedin page to apply.

“We’re excited to announce that Transformers: Rise of the Beasts is coming to MPC Film! We are now hiring #VFX artists and Production crew for this action-packed movie.

‘Returning to the action and spectacle that first captured moviegoers around the world 14 years ago with the original Transformers, Transformers: Rise of the Beasts will take audiences on a ‘90s globetrotting adventure and introduce the Maximals, Predacons, and Terrorcons to the existing battle on earth between Autobots and Decepticons.’

Get in touch with our recruiters TheFocus and join the team. Check out all our job opportunities over at The Focus’ careers page and get in contact.”

You can check out their awesome work, after the jump.

END_OF_DOCUMENT_TOKEN_TO_BE_REPLACED

Producer Lorenzo di Bonaventura has issued a special message to the Chinese fans of the Transformers franchise to keep an eye out on the official Weibo account for the movie.

“Hello to all great friends and fans in China. Transformers always had a very special relationship with China and we’re so happy to bringing you the next version of it. It’s got big scale, it’s got heart, and it’s got a ton of humor. I think you’re going to really enjoy it and we look forward to showing you more soon, but in the meantime please stay tuned to your Weibo Paramount account to get the latest information on it and we look forward to seeing you soon”