Transformers Masterpiece news information and images for both Hasbro and Takara-Tomy Masterpiece toys. 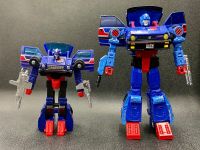 Masterpiece Skids, designed by Kojin Ono, is shown in all his glory in both modes next to his original G1 counterpart.

Masterpiece Skids is already available for pre-order via our sponsors links below, so hit the links below to get your copies! Then click on the discussion link below and share your impressions on the 2005 Board! 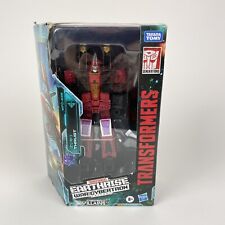 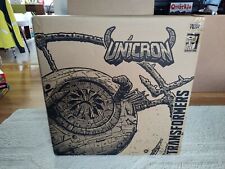 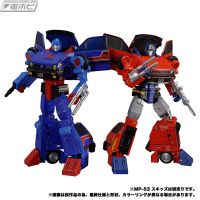 Hot on the heels of Masterpiece MP-53 Skids and MP-54 Reboost official reveal now international retailers are now getting up their listings for these new figures. Great additions for your growing Masterpiece collection.

Hit the links below to get your copies!

The video shows off all the realistic details in the Honda City Turbo mode, and it also gives a brief look at Skids transformation. The video is region locked but you can watch a YouTube mirror below. After that, click on the discussion link below to share your impressions about Masterpiece Skids and HEREto go to the Masterpiece Reboost thread.

TakaraTomy Mall and AmazonJapan have updated listing of the new Transformers Masterpiece MP-53 Skids And MP-54 Reboost and we have a nice set of new stock images to share with you.

We have clear shots of both Skids and Reboost showing off their poseability and the realistic Honda City Turbo. Skids will include his arm cannon and a a dual-barreled gun and Reboost will include 2 guns, a dual-barreled gun, a small Honda Motocompo and an articulated driver. Both figures are priced 10,780 Yen ($98.52 approximately) and scheduled for release in September 2021.

Stay tuned with TFW2005 for more updates since the main online retailers will list pre-orders for these figures soon. Click on the discussion link below to join the Masterpiece Skids thread, and HEREto go to the Masterpiece Reboost thread. 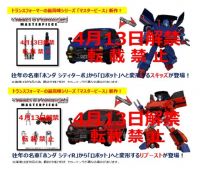 Via Singapore Store FatToyCorner we have some new details on MP-53 and MP-54 – Masterpiece Skids and Reboost. Both are up for Pre-Order soon, and are due to ship in November 2021. Retail price seems to be around 108 USD, but that can change depending on the market you are in. For now, both seem to be releasing in the same month. Reboost will come with a human figure and bike accessory. Read on for the full details after the break!

END_OF_DOCUMENT_TOKEN_TO_BE_REPLACED

Hot on the heels of Masterpiece Skywarp 2.0 reveal now International retailers are now getting up their listings for the latest installment in the Masterpiece line. Don’t miss the chance to complete your G1 Seeker trio for your collection.

Hit the links below to get your copies! 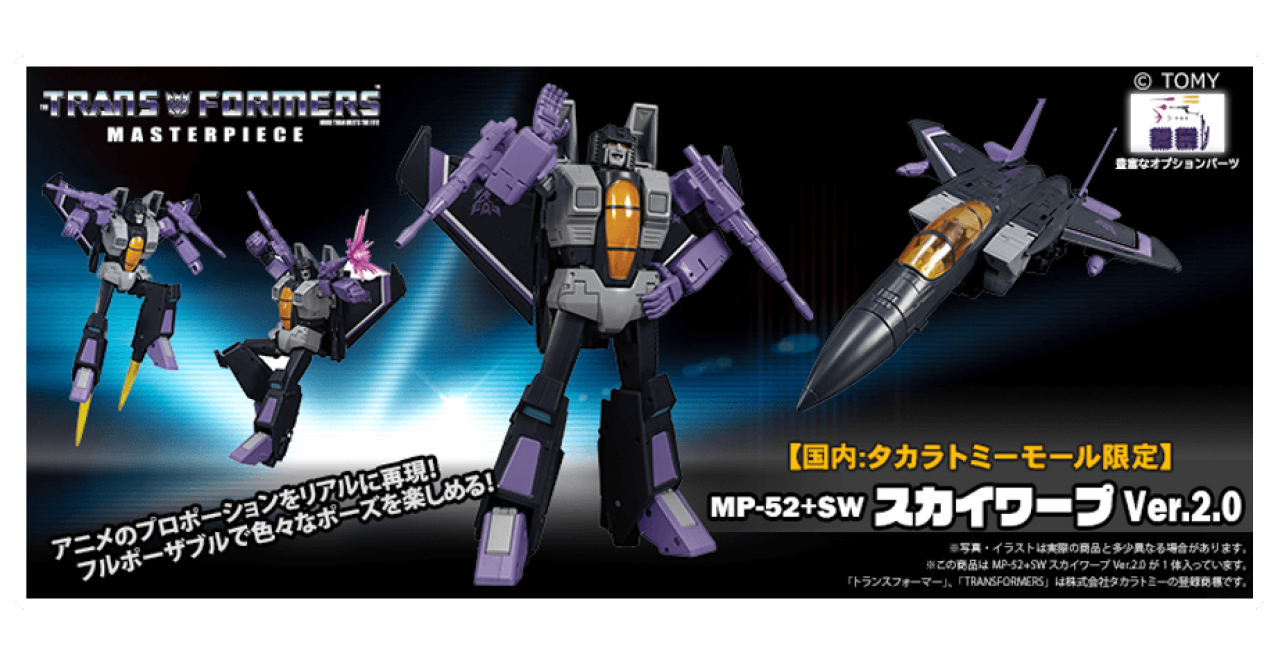 This figure is the secon d redeco of the new Masterpiece Starscream 2.0 mold following the previouly revealed Masterpiece MP-52+ Thundercracker 2.0. It will be released in Japan as a Takara Tomy Mall exclusive. Pre-orders will be open only from April 7, 2021 to May 21, 2021 for 27500 Yen ($250.48 approximately). It’s scheduled for release by late December 2021. Skywarp looks great in his classic G1 cartoon colors. Read on for the full list of accessories included:

Click on the bar to see the mirrored images on this news post and then sound off on the 2005 Boards!

Update: International retailers are now getting up their listings. Hit the links below to get your copies!

This month we have and 6 pages of Transformers content:

The video gives a closer look to MPM-12 Optimus Prime from several angles in both robot and vehicle mode and a quick view of his transformation sequence. The video also features some action scenes next to MPM-7 Bumblebee and Studio Series Shatter, Dropkick and Blitzwing.

Watch the video below as well as some screencaps and then share your impressions on the 2005 Board!

END_OF_DOCUMENT_TOKEN_TO_BE_REPLACED

The image only shows Japanese text and it’s a brief commentary about Skids and his new upcoming redeco. In one line, it mentions that more Masterpiece figures are in the works including Skyfire. Would be finally see a proper cartoon-accurate rendition of G1 Skyfire for the Masterpiece line? Stay tuned with TFW2005 for more updates. Join to the ongoing discussion here.

Additionally, we finally have some new information about Masterpiece Raiden, a project we hadn’t learned much after its announcementwhile back by the end of 2019. It is mentioned that the size of the train Combiner would be similar to the Unite Warriors/Combiner Wars gestalts. You can click hereto share your impressions on the 2005 Board.

Unfortunately, there are no images of the toys, but you can click on the respective threads in the 2005 Board to share your expectations!