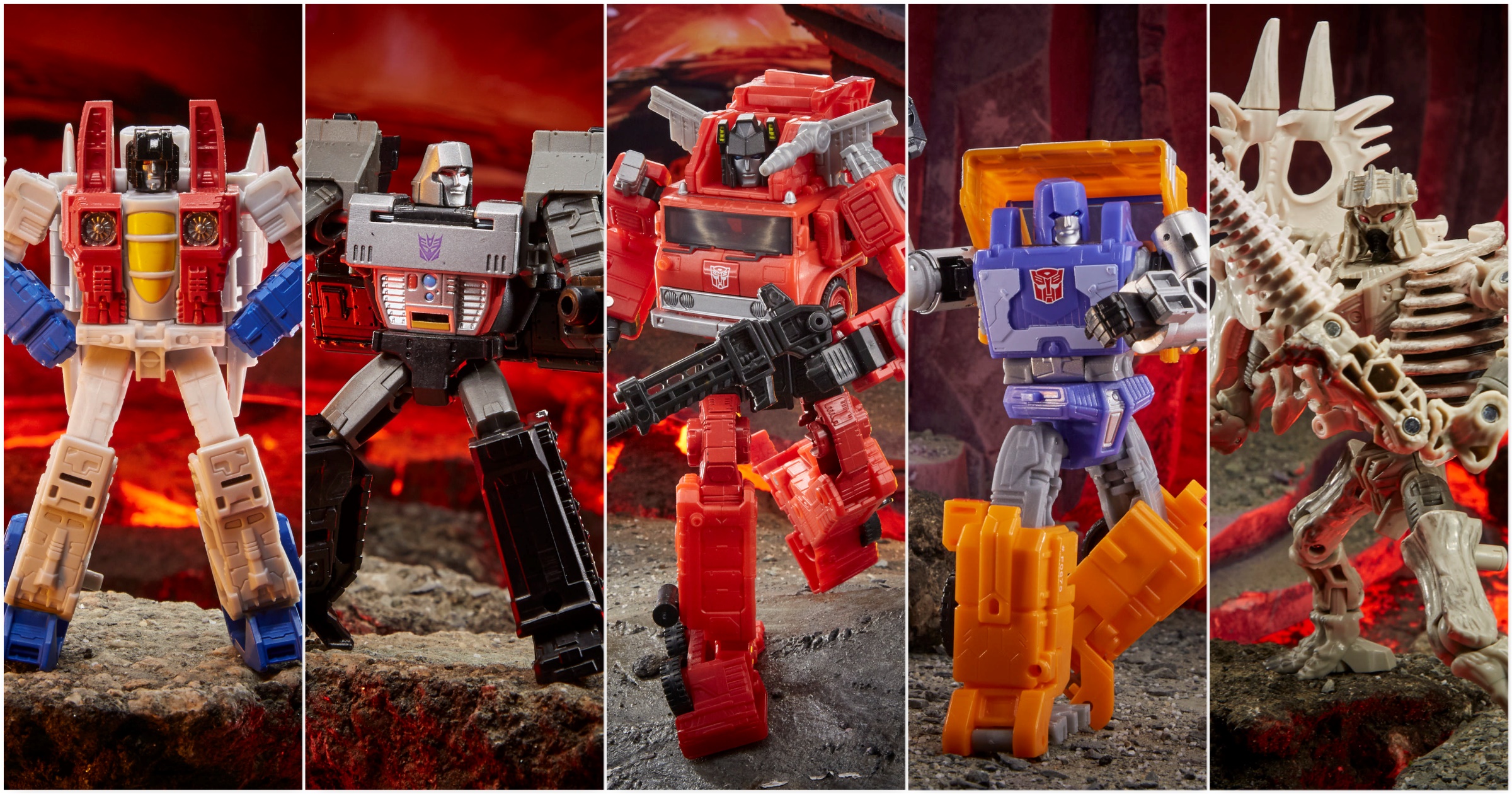 The Transformers War for Cybertron Kingdom reveals keep coming with another round of Wave 2 figures!  This batch adds to yesterday’s Ultra Magnus, Dinobot and Airrazor.  We now get official looks at Deluxe Huffer, Deluxe Ractonite, Voyager Inferno.  In addition we also have Core Class looks at Starscream and Megatron.  Earthrise Arcee is also confirmed to be getting a package refresh.

Read on to check out official images and product descriptions courtesy of Hasbro!  All of these are tentatively slated for an April 2021 release date.

END_OF_DOCUMENT_TOKEN_TO_BE_REPLACED

Site Sponsor Entertainment Earth sent through their latest Transformers Newsletter.  Check it out below for all the details!

Shop Entertainment Earth for the Holidays!

Check out our Black Friday and Cyber Monday Sales!

FREE SHIPPING on all in-stock orders from now until December 1!

Big builds, bigger Kreons, and big fun can be yours with the Transformers Kre-o Battle Chargers! Each Autobot or Decepticon is made over 70 parts and can transform from big robots to dinosaurs, tanks, and vehicles. If you missed them before, here’s your chance to get them now! Case includes 4 individually packaged creations:
1x Battle Changer Grimlock
1x Battle Changer Shockwave
1x Battle Changer Megatron
1x Battle Changer Ironhide
(subject to change)

Check out all of our Transformers in our Holiday Gift Guide!

Check out our Transformers Outlet Deals! Up to 80% off! 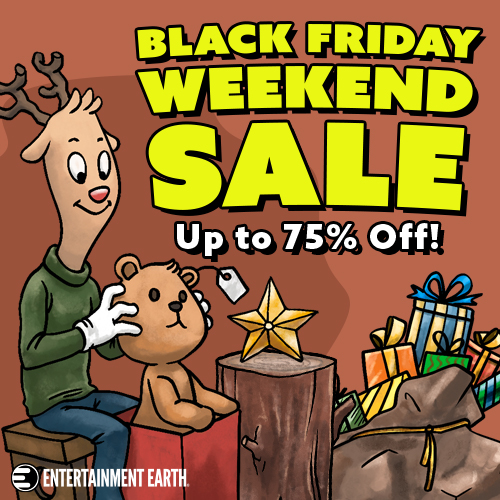 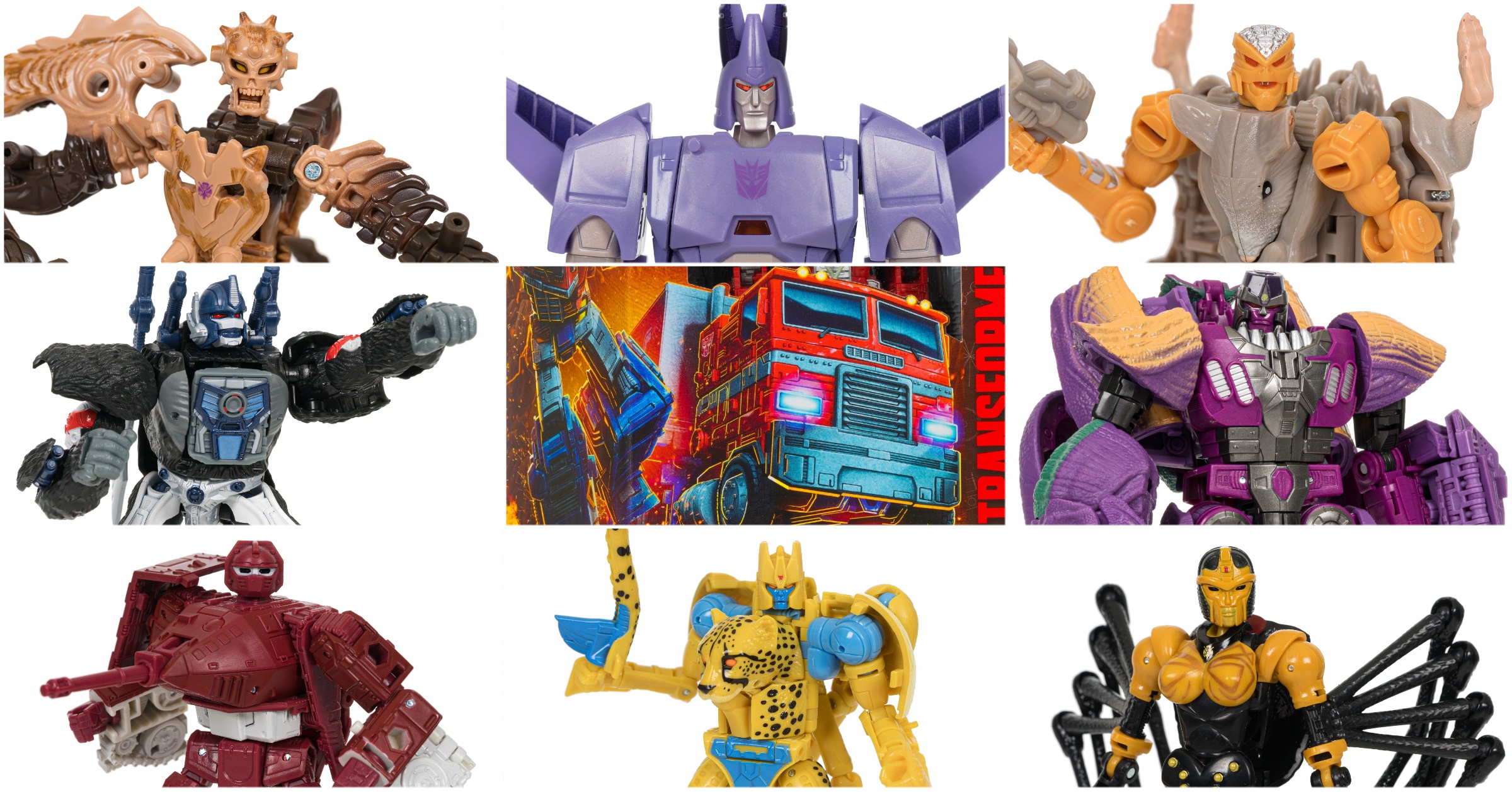 The final chapter of the War for Cybertron Trilogy is here – KINGDOM!  Generations will be mixing it up next year with a multi generational cross over featuring both G1 and Beast Wars characters in one line (and who knows, maybe more).  Today we have an in hand look at the entire wave 1 line up!  Hasbro was kind enough to send through a care package a bit early for us to check out.  We had to wait to open until yesterday afternoon, so I shot non stop over night and banged out over 200 shots to show what they can do.  Included inside are pics for:

Instead of breaking these up into individual galleries, everything is just attached to this story in one pop this time.  Due to time constraints, there aren’t any fancy pants shots and these may need a bit more refinement. We’ll go back in later on and update when it’s all done.

Read on to check out all the pics and some quick thoughts on each figure.  Feel free to discuss on the 2005 Boards!

Update 11/21/20 – we’ve added adjusted shots of Cyclonus and some additional comparisons shots.  They are all at the end of the additional images list.

END_OF_DOCUMENT_TOKEN_TO_BE_REPLACED 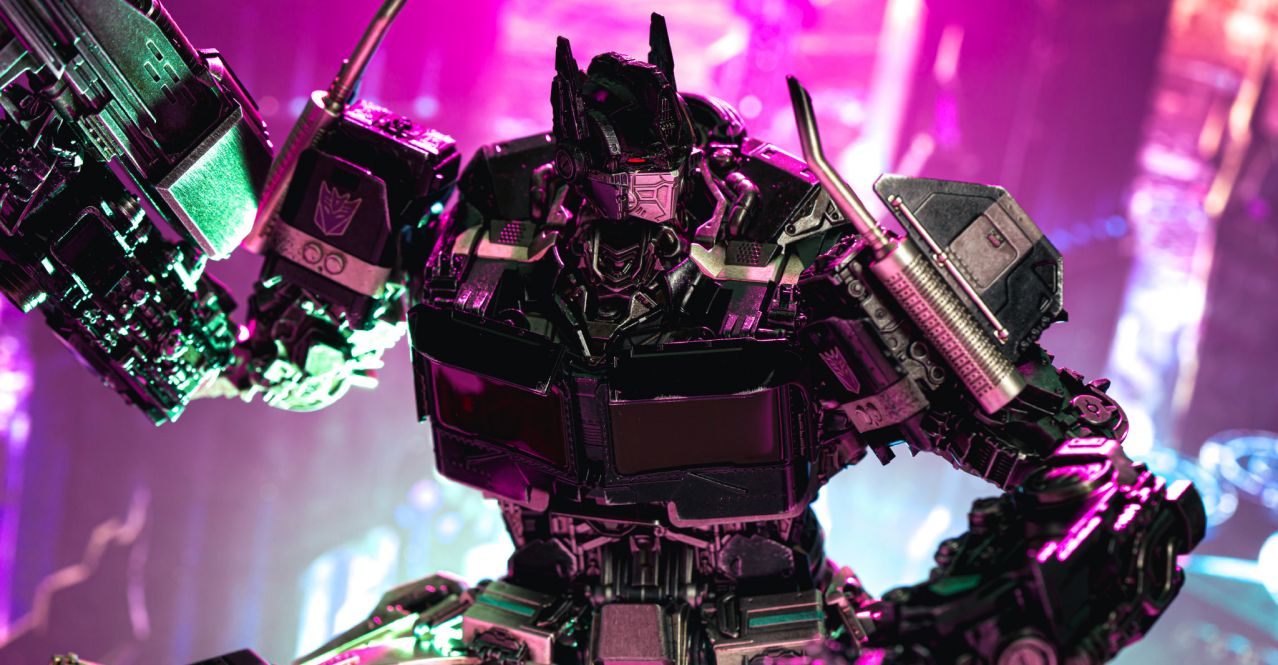 Taking a look at a recent drop from ThreeZero – DLX scale Nemesis Prime.  This is a repaint of the Bumblebee Movie DLX Optimus into traditional Nemesis colors.  He features red light up eyes, a black and grey base along with pops of red and teal throughout.  He was an exclusive to Hasbro Pulse in the US, but also made an appearance at some events overseas in limited fashion.  The DLX line has been great, giving us highly detailed and articulated figures which pop off the shelf in any display, all in a manageable price point and size.  Nemesis continues that trend and even though he is no SCOURGE he’s still pretty bad ass.  Read on for some select shots or hit the link below to see the full gallery of 40+ shots!

Big shout to TFW2005’s Jacer for letting me borrow his copy to shoot!

He’s currently sold out, but you might be able to find one on eBay.

END_OF_DOCUMENT_TOKEN_TO_BE_REPLACED 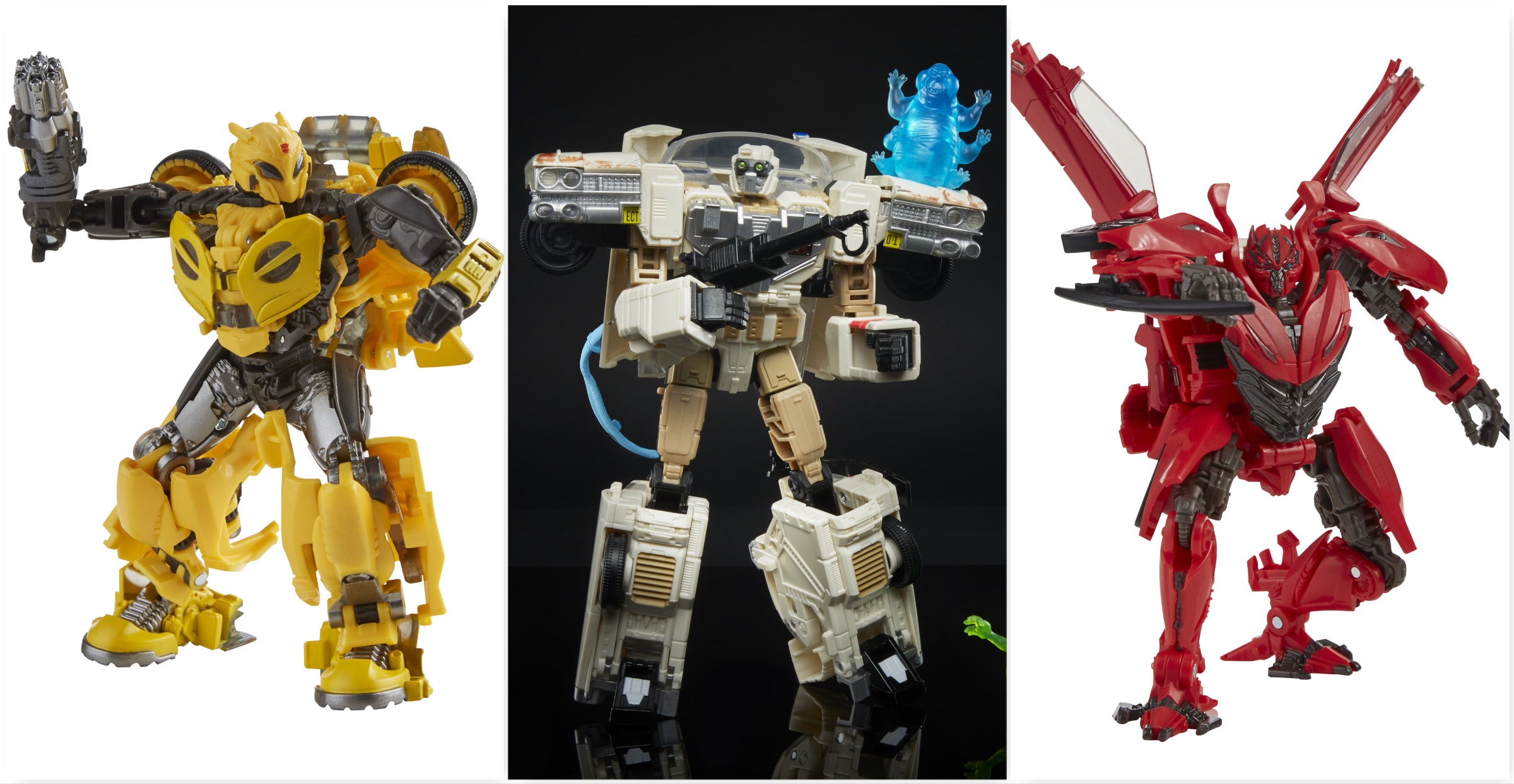 Hasbro sent through official images and product copy for the reveals earlier today.  Included are Transformers x Ghostbusters Afterlife Ectotron, Studio Series B-127 and DOTM Dino.  Read on to check it all out, and hit our sponsors below to grab your pre-orders!  As before, hit the Transformers News and Rumors section to discuss each reveal!

END_OF_DOCUMENT_TOKEN_TO_BE_REPLACED 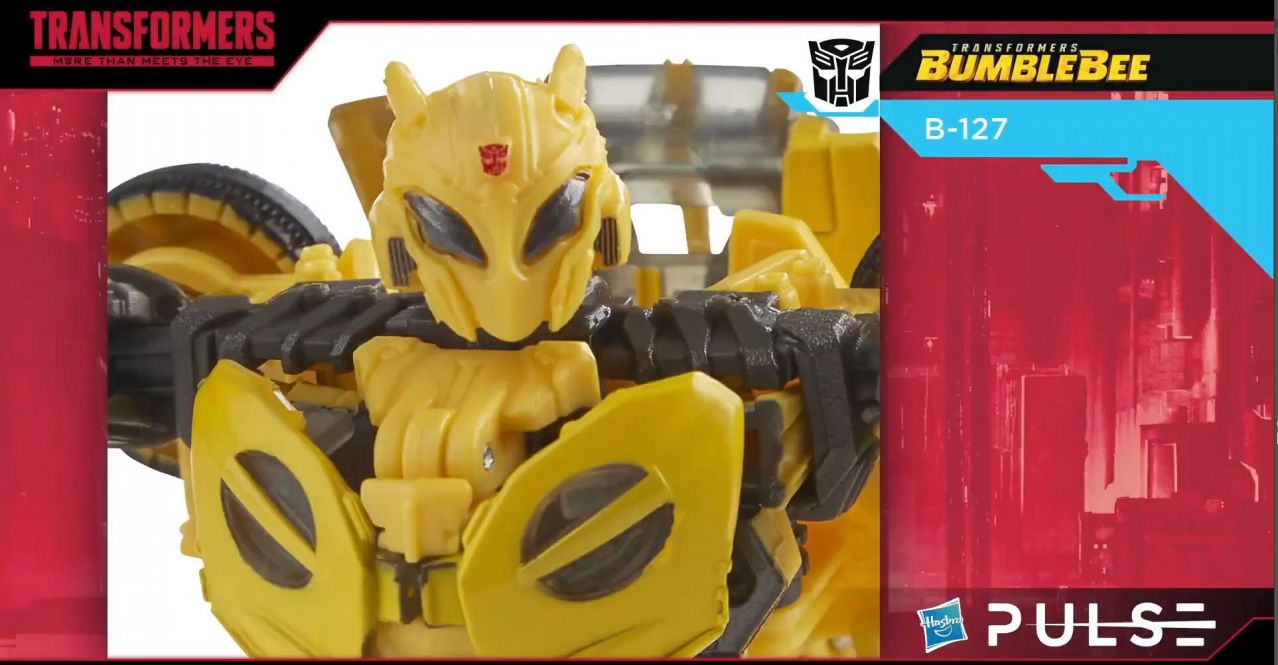 Hasbro held their latest livestream today for multiple brands, and Transformers had a significant showing.   Included in the presentation were:

Read on to check out caps from the event, and stay tuned for additional details and images.

There are multiple ongoing threads for the stuff shown today, hit them up in our Transformers News and Rumors section to discuss!

END_OF_DOCUMENT_TOKEN_TO_BE_REPLACED 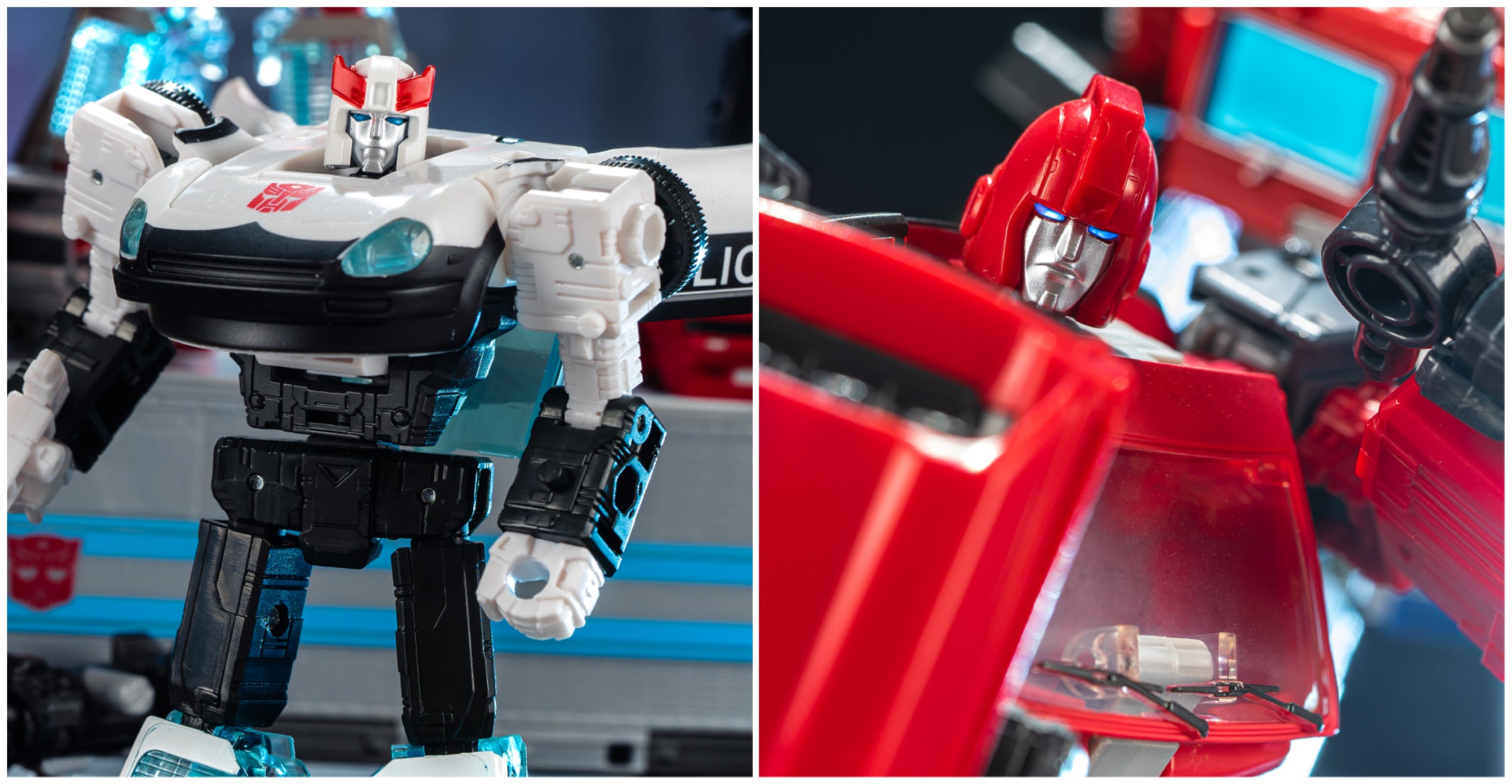 A quick look today for a recent Transformers War for Cybertron Earthrise release – the Amazon Exclusive (in the US) Autobot Alliance 2 Pack.  This set features Earth mode version of Ironhide and Prowl.  Both are deluxe scale with Ironhide being a bit beefier like his Siege counterpart.  Prowl is using the new Datsun bro mold and is essentially a simplified version of his Masterpiece figure.

Ironhide is acceptable in robot mode, works as a shelf filler, but leaves a bit to be desired for such a core character.  He also uses a lot of raw red plastic that doesn’t quite pop, and is slightly different shades throughout.  In vehicle mode he doesn’t fully hide his bot parts, almost like he didn’t finish scanning the vehicle.  It is what it is for a 20 dollar figure but it does not land the baby masterpiece level that some of the other modern figures have.   Prowl on the other hand is sharp, especially in robot mode and hits all the right notes.   He pairs well with Bluestreak, and the eventual Smokescreen.   I thought the Siege versions were good and was surprised when they were revisiting them so quickly in the next line, but it was a good call.

Read on to check out some select shots, or hit the links below to check out 50+ shots of Prowl and Ironhide in full gallery mode.

ICYMI: Check out all our Earthrise galleries so far here!

END_OF_DOCUMENT_TOKEN_TO_BE_REPLACED 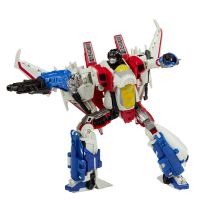 Hot on the heels of Ozformers’ reveal earlier today we now have official pics and pre-order pages for Transformers Studio Series 72 Starscream (Bumblebee Movie).    He’s a voyager figure retailing for $29.99 and is due out in July of 2021.  Hit the links below to to grab your copy, some retailer may still be getting their order pages up.  Read on for pics and the official description.

END_OF_DOCUMENT_TOKEN_TO_BE_REPLACED 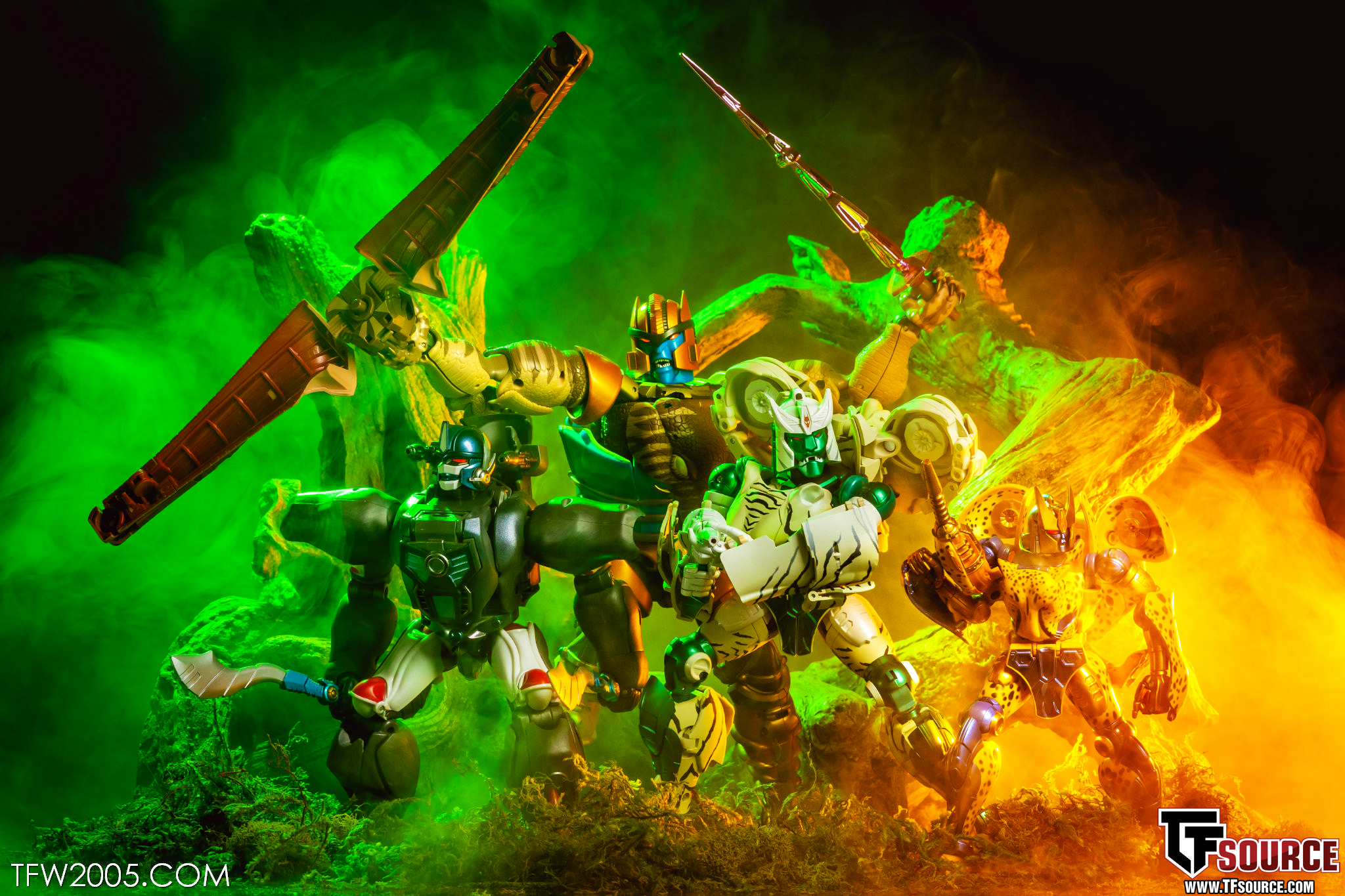 Let the trails lead where they may. I will follow… Time for another photo set, this go is for MP-50 Masterpiece Tigatron!  MP50 continues the Beast Wars early cast line up with that “other cat” from the first season.  The original toy was a repaint of Cheetor, but in the show (and real life) Tigers are bigger than Cheetahs.  So Takara did it right here and made him significantly bigger than MP-34 Cheetor.  On first glance it looks like an upscale, but he has a significantly different transformation and articulation.  Most notably his tiger head from beast mode is properly his chest in robot mode.  He’s a larger figure, second only to Dinobot.  All in all I found it fun to mess around with and think it looks great on the shelf with his Maximal brothers.   We’ve run him for a set, basic and fancy, so hit the link below to check out over 60 HD images!  We’ve also added some to this story after the break.

END_OF_DOCUMENT_TOKEN_TO_BE_REPLACED 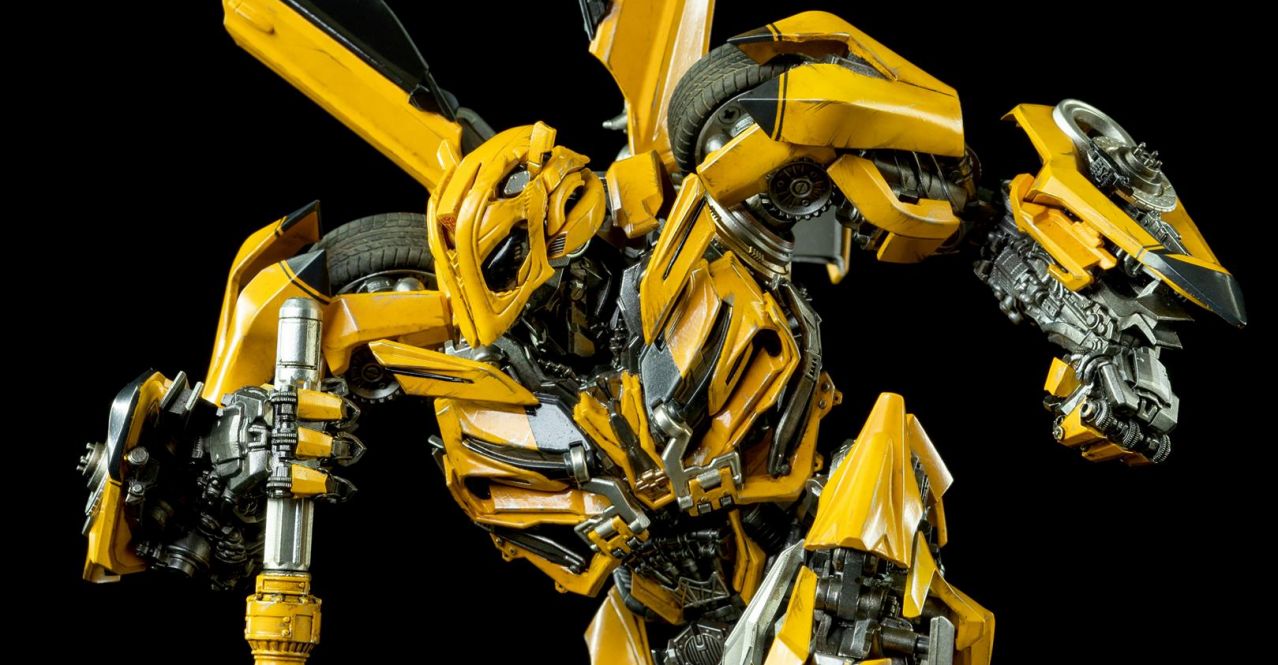 ThreeZero have released a teaser pic for the DLX scale Transformers The Last Knight Bumblebee.  On first glance it looks like the Premium scale one that came out a bit ago (which we reviewed  here), but this is an all new figure in their smaller DLX size.  It stands at 8.5 inches tall.  No word on release date, accessories or price, but these usually come in between 150 and 200 USD.  Stay tuned for more details!