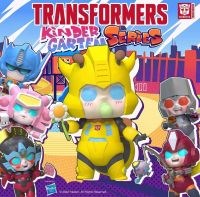 A surprising new licensed product for the Transformers franchise just popped up on Weibo.

Figures are 8 to 10 centimeters in height.

This new line is only available as a crowd-funded project.

You can check out all the images, after the jump.

Wait! Is Bumblebee an actual bee!?!

Mr. Kelly confirmed that IDW would indeed lose the rights by the end of 2022. However, he declined to divulge the name of the new license holder.

“Actually, we’re in a bit of a transition at the moment, as you might have heard,” Kelly tells Nerd Reactor. “So we’ve been with IDW on the comic book front, with Transformers and Joe, and that’s going to be ending at the end of this year. We’re not ready yet to announce who our new partner is, but we’ve already begun some creative discussions.”

Both brands will step into a new direction after the transition.

“Certainly there’ll be plenty of things that they’ll be familiar with,” Kelly continued. “Because again, we’re not going to completely reinvent the brands, but I think what they’ll find is a fresh take on the storytelling and the characters. Probably develop a little bit more slowly to try and bring some new fans in as well as by starting out focusing on two or three main characters and really giving them a lot of depth and a lot of personalities and then building out the team of characters as we go along. So yeah, that’s usually what we do.”

Regarding creative decision-making from Hasbro’s side:

“In some regards, we will do adaptations of TV or movies, obviously, but a lot of what we’re doing is actually original storytelling,” Kelly explained. “As far as toys are concerned, we at times will try to incorporate some of the artistic designs of toys. But it’s important to us that the integrity of the storytelling always be what’s driving the narrative. So we’re never going to just say, ‘Oh, well, you know, Hasbro is releasing a new toy, so we’ll put it in this comic, like an advertisement.’ We don’t do that.”

“When it comes to the kids’ properties, we tend to try and use the main characters that fans are familiar with,” Kelly said. “If there’s anything that we would do, we would focus more on the heroism or on the adventure of it – less on the violence side. So we really want to craft that message so that kids are reading the stories that they’re ready for, and that their parents are going to be happy that they’re reading as well. What it is about is just making sure that it’s accessible. So certainly, you know, Bumblebee would be a character that we would focus on for a younger audience, because he’s everybody’s best friend, and it tends to resonate well with kids. If we do bring in Decepticons like Starscream and Megatron, we might play them a little bit more, sort of over the top – not humorous necessarily, but scary.”

Third Party company Dr. Wu, via their Weibo account, have uploaded images of the color prototype of their new Sword Dancer (G1 Slamdance) plus some new color variants.

These are two new cassettes compatible with the Kingdom/Legacy Blaster mold. Both are based in the G1 cassettebots Grand Slam (DWE-08 Patriot Tank) and Raindance (DWE-07 Traveler Plane) and they can combine into a modern version of Slamdance (Sword Dander) which seems to be pretty poseable. To make things more interesting, Dr Wu have also revealed two limited green and black redecos. 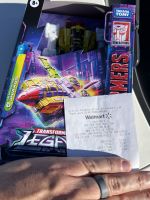 Attention Legacy collectors! 2005 Boards member Mondochuk is giving us the heads up that the new Transformers Legacy Wave 2 Voyager Jhiaxus & Soundwave have been found at US retail.

Both Jhiaxus and Soundwave (re-release of the Siege mold with no battle damage deco) were found at a Walmart store in New Castle, Delaware.

See the mirrored images after the break and then sound off your impressions on the 2005 Boards! 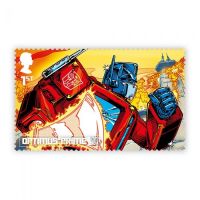 A superb publication comprising all 13 stamps from the stamp issue, as well as an exclusively produced pane of stamps, in a specially designed cover and slip case. Noted comic book writer James Roberts covers the Transformers story in detail. The book is also packed with artwork and hidden messages printed in the stamps that are visible under UV light. Limited to just 1,984 examples.

Review a sample of this new collection after the jump, visit the full gallery here, then sound off on the 2005 boards!

END_OF_DOCUMENT_TOKEN_TO_BE_REPLACED

Coming to us from user Bitick via dcinside, we have what appears to be our first look at a figure a lot of live action movie fans have been waiting for – Studio Series ROTF Leader The Fallen!

Although in a pretty significantly mistransformed and misassembled state, the image nonetheless should give a good first impression of the figure which, likely to the delight of many, does in fact look to have his signature face-removal feature.

As always we advise taking this with a grain of salt for now until we receive official confirmation, but until that happens you can sound off on what you think in the ongoing discussion thread!

Via JoeyBoy on Youtube we can share for you our first in-hand images of the Transformers Legacy Deluxe Dead End.

Dead End is part of the upcoming Legacy Wave 3 Deluxe and he’s the fourth new Stunticon update for the Legacy line following Motormaster, Dragstrip and Wild Rider. Dead End shows a G1 cartoon inspired robot mode with an alt mode pretty similar to his G1 toy incarnation (including a red yellow strip along the car). As we expected, Dead End has got the same spring-locked mechanism; similar to Dragstrip; that allows the figure to split in two to form Menasor’s left arm. We also have comparison shots with Combiner Wars Dead End and other Deluxe figures.

Check out all the images on this news post, as well as JoeyBoy video review, after the jump. Click on the discussion link below and let us know your impressions on the 2005 Boards!

END_OF_DOCUMENT_TOKEN_TO_BE_REPLACED 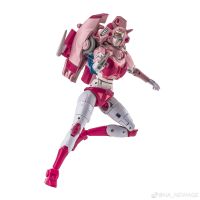 These are redecos and retools of Newage H48 Maschinenmensch (Legends scale G1 Arcee). Read on for some details about each new variant.

See all the new images after the break and let us know your impressions on the 2005 Boards!

TFW2005 friend and sponsor Robot Kingdom brings you their newsletter for this week. See the highlights below and then read on for the complete listing!

If in case the postal service to your address is suspended, we can help to switch the shipping method to SURFACE MAIL.
—Surface mail transit time is much longer then Air Mail
—Tracking is available for surface mail.
—Switch to surface mail is optional, we would suggest customers to add into remarks section if you confirm to switch. It will help to speed up the process

Hi,
Here is a quick update from www.robotkingdom.com.