Transformers news and info related to the Beast Wars cartoon and toys including the new Beast Wars Masterpiece toys. 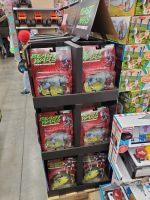 Attention Beast Wars collectors! 2005 Boards member T-Hybrid is giving us the heads up of our first US sighting of the Transformers Vintage Beast Wars Retrax & Wolfang Reissues.

Beast Wars Retrax and Wolfand classic molds were spotted at a Walmart in Apple Valley, Minnesota in a nice Hasbro standee for the Holidays. 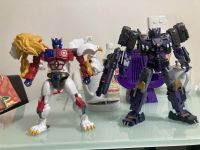 Thanks to a post in the HOBBYMIZER 玩具群 Facebook group we can share for your our first in-hand images of the new Transformers Legacy Evolution Wave 4 Voyager IDW Tarn & Leo Prime.

These figures have showed up at some collectible stores in Hong Kong. IDW Tarn looks like an amazing figure with a great poseability range and sculpt that we are sure will please his loyal fans. Leo Prime is the Legacy representation of Beast Wars II Lio Convoy which bring us a cartoon-accurate robot mode with a realistic beast mode as it has been with most of the Kingdom/Legacy Beast Wars toys.

Update: Additional images of both figures thank to Pixelmaster.

We hope figures will hit retail store in the US and other countries soon. See the new images after the break and then sound off your impressions on the 2005 Boards!

END_OF_DOCUMENT_TOKEN_TO_BE_REPLACED 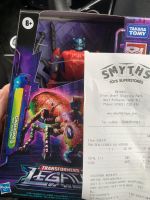 Thanks to 2005 Boards member RoboW4rrior298 for giving us his signting of the Transformers Legacy Wave 3 Voyager at UK retail. 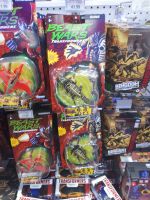 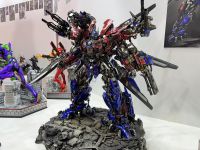 The Tokyo Comic Con 2022 event has started and we have some Transformers related products on display. Prime 1 Studio have installed an impressive booth showing off their impressive statues from different brands including some of their officially licensed Transformers statues.

We have images of the following items thanks to Shioktoys Collectibles Facebook:

See all the images after the jump and click on each title to surf to the respective thread in our boards.

END_OF_DOCUMENT_TOKEN_TO_BE_REPLACED 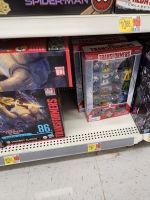 Thanks to 2005 Boards member DarkProwler we can report that the new Jada Toys G1 & Beast Wars Transformers Die-Cast Nanofigs Multi-Pack Series 2 is out at US retail.

These new Walmart exclusive multi-pack was found at Franklin, Indiana some days ago while it had showed up in Canada while back in August this year.

See the images after the break, including in-hand images of all the new Beast Wars figurines thanks to 2005 Boards member CryptiniteDemon. 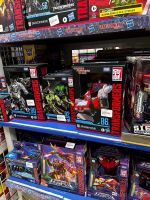 To our surprise, the Transformers Vintage Beast Wars Tigatron; which is officially a Walmart exclusive in the US; have showed up at a Marshalls store in Hagerstown, Maryland.

Found by our very own 2005 Boards member mod Dachande, Tigatron was priced $12.99. A good change to get this reissue for a good price. 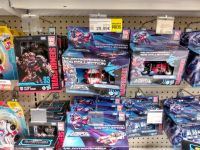 October is leaving with some great new Transformers sightings all over the world. We have new Studio Series toys in Chile, a great load of new Studio Series, Generations Selects, Legacy and even Masterpiece movie toys in the UK and to top it all, Germany received new Velocitron toys and our first world sighting of the new Studio Series Wave 18 Deluxe The Last Knight Hot Rod.

We have a nice set of images from Hasbro booth at the London Comic Con 2022 event with some interesting Transformers reveals, thanks to In Demand Toys Facebook.

We have on display the following items:

Stay tuned with TW2005 for more updates! Now see all the mirrored images attached to this news post and then sound off on the 2005 Boards!