TFW’s Jtprime17 and Mr. Chaos have brought us yet another 2023 Transformers product listing today, and this time it’s for a Legacy Leader Prime Dreadwing!

This shouldn’t come as too much of a surprise after Skyquake’s inclusion in our first big Legacy Year 2 leak, but it’s still nice to have confirmation nonetheless.

Let us know what you’re hoping to see out of this mold on the boards! 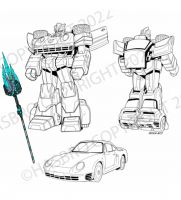 Courtesy of Hasbro designer Mark “Markclonus” Maher, via his Instagram account, we can share for you some official in-hand images of the new Transformers Legacy Deluxe Knockout plus some concept art images of the toy. As usual, Mark has also shared some interesting trivia and secrets of the development of this toy, including all the designers involved and a concept energon weapon.

I’ve been seeing alot of posts enjoying the new Legacy Deluxe Knockout figure, so its his time to shine! @marcelomatere worked with John Warden on the initial prime character concepts and I really loved his awesome style jammed into this upfront artwork. Please be sure to check out his work as he is an absolute TF beast, and better yet, a fantastic dude!

After he was kicked on over to Takara Tomy, Yuya san, I believe, did the car concept artwork, looks like his hand style, which is of course, nasty nice!

I worked with Yuki san on the figure after the concept phase and he actually suggested making this guy a partial off of the Studio Series Jazz mold since the robot designs were so much alike. I was simply like…Yuki san, u r a genius!

You can then see me adding some 90’s flare to his alt mode and really concentrating on getting a decent head design. Note to self, sculpt lines get sculpted a whole lot deeper on the face then ever intended! 🤷🏻‍♂️

You can also see a concept energon weapon that was initially drawn up by @santalux75 , another amazing artist you should check out! I did an overlay drawing of what came back from the block model 3d render to try and make it a cooler weapon then just a cattleprod!

My favorite…deco time! Obviously the mustard gold rims were a must, but I concepted out a bunch of different custom styled graphics for the side of the whip. I ended up with somthing closer to his show appearance but dialed it back to something I’d see when I desperately wanted a dope car as a kid growing up in the 90’s!

I hope you pick up this sultry crimson baddie and enjoy replaying lines from the Prime series over in your head, or even outloud, why not, have fun!

Once again thanks to Nimama’s Transformers Facebook we have our first in-hand images of the recently revealed Transformers R.E.D. Transformers Prime Optimus Prime & Megatron.

While these figures were just officially revealed in the Hasbro’s Transformers brand live stream 6/23, they were found a few hours before at a Toys”R”Us in Taiwan (together with G1 Thundercracker). These new action figures are cartoon-accurate representations of the Autobot and Decepticon commanders from the Transformers Prime universe. We have a good look at the poseability and all the accessories includes with each figure. Optimus Prime comes with 2 swords, 2 guns, an extra head without the battle mask as seen in the show, a pair of extra hands and a Matrix Of Leadership which can be placed inside Optimus’ chest. Megatron comes with his fusion cannon, sword, a very big purple blast effect, a Dark Energon energy effect plus a pair of extra hands.

Both figures will be Walmart exclusives in the US. Click on the bar to see the new images attached to this news post and then sound off your impressions on the 2005 Boards!

END_OF_DOCUMENT_TOKEN_TO_BE_REPLACED 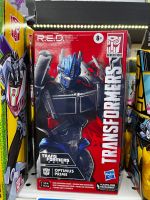 These new non-transforming action figure were just found at a Toys”R”Us store in Taiwan. The images reveal an important packaging change in the R.E.D. line since the three figures are now packaged in closed windowless boxes featuring the character’s art in the front and images of the accessories in one side of the box. The back of the boxes show images of the figures which show the usual cartoon-accurate design of the R.E.D. line.

See all the images after the jump plus one extra out-of-the-package Transformers Prime Megatron pic. Let us know your impressions about these new R.E.D. figures on the 2005 Boards!

END_OF_DOCUMENT_TOKEN_TO_BE_REPLACED

Via PrimevsPrime on YouTube we have new in-hand images of the recently revealed Transformers Legacy Wreck N’ Rule Collection Bulkhead.

You can already pre-order Bulkhead and the other Wreck N’ Rule Collection figures revealed these days:

Check all the images after the break, as well as PrimevsPrime video review, and then let us know your impressions on the 2005 Boards!

Via UK based Smyths Toys YouTube Channel we can share for you a new Transformers Legacy Deluxe Arcee official turnaround video.

Arcee is part of the upcoming first wave of Legacy Deluxes, bringing us a new Generations-styled rendition of the fembot warrior from Transformers Prime. We have a good a look at her robot and motorcycle modes.

Watch the video after the jump as well as some screencaps, and then let us know your impressions on the 2005 Boards!

END_OF_DOCUMENT_TOKEN_TO_BE_REPLACED 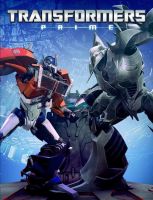 Some days ago, they uploaded the first 2 episodes of Transformers Prime season 2: “Orion Pax, Part 1” and
“Orion Pax, Part 2”, and today we have “Orion Pax, Part 3” available to watch for free. It’s good to notice that the playlist indicates 8 videos, but 5 of them are still not available for viewing yet. Could this mean that the rest of Season 2 episodes may be available over the weeks? It’s strange there’s no sign of any season 1 episodes, but we hope they would be uploaded too some time later.

Ready to watch Transformers Prime again or showing it to your friends? Let us know your impressions on the 2005 Boards! 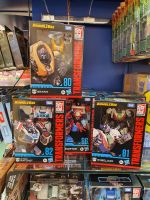 And after some slow weeks, January is leaving us with a great load of new sightings. The highly anticipated Legacy Voyager toys hit shelves in Germany plus a great variety of Cyberverse toys, the last Kingdom Deluxe toys have been found in Ireland, Hades Megatron and Zoteki Transformers statues are available in Mexico, Beast Wars Scorponok was found in Costa Rica, and to make things even better the new Studio Series Bumblebee Movie Deluxes have been spotted in Singapore and Taiwan.

See all the images and details after the jump. Happy hunting, one and all!

And finally, rounding out the in-hand Transformers Legacy Deluxe Wave 1 photo galleries we have one for Prime Universe Arcee, courtesy once again of PrimeVsPrime on Youtube!

Arcee is displayed here in both her robot and bike modes, as well as being shown off in a variety of poses with her accessories. She is also compared with various other figures.

Check out the images and review after the jump and let us know what you think of her on the boards!

Via Weibo users 杰迪骑士B127 and -RUYKI- we can share for your our first in-hand images of the recently revealed Transformers R.E.D Ultra Magnus And Knock Out.

Ultra Magnus is not a new mold but a straight white redeco of R.E.D Optimus Prime with the same accessories and all that you like (or not) about this action figure. Knock Out is a completely new mold which finally bring us a proper cartoon-accurate (but non transformable) rendition of the character. That being said, he comes with several accessories and weapons from the Transformers Prime cartoon like his staff, buzzsaw, saw blade and drill as well as several interchangeable hands. For those wondering about scale, there are some great pics next to some Transformers Prime figures like Soundwave and First Edition Deluxe Starscream and we can see that Knock Out really shines on his own.

See all the images after the break and then click on the discussion link below and share your impressions on the 2005 Boards!