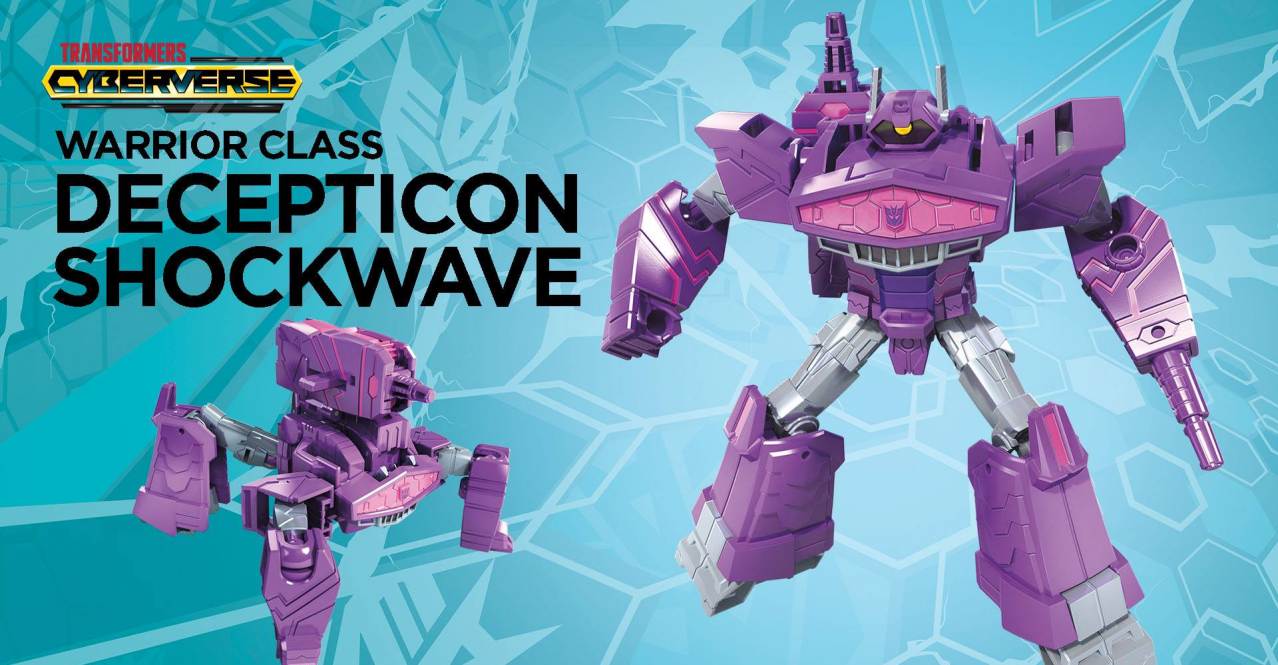 On show in these images are some of the toys we saw earlier as well as a few new reveals, such as an Ultra Class Starscream, Warrior Class Bumblebee, and Warrior Class Optimus Prime, plus Scout versions of Grimlock, Starscream, and Megatron.

One thing that is evident: this new line is heavily playing into the “character in multiple size classes” concept that was used heavily in Robots in Disguise, for better or for worse.

We’d imagine that what we’re seeing here is wave 1 of each size class for the new line. Like Robots in Disguise before it, it is looking like the Warrior class is the assortment where the majority of the characters will be available, with the Scout class being an assortment of “gimmick toys” based around the pseudo Triggerbot / Triggercon gimmick, and the Ultra class being akin to the current Three Step changers. Ultimate class looks like an attempt at addressing one of the flaws of the Robots in Disguise line – no size class for the big guys like Grimlock or Megatronus who towered over their peers on the show.

Doubtless, this weekend will bring us more coverage and a better look at the line. Keep it TFW2005 for our Toy Fair coverage.

Yeah. The missile pods on the shoulders is aces to me. After finally seeing some of these in the store, I might pick up the leader sized (I can't remember what the designation for leader is for Cyberverse) Optimus and Megatron for my kid as they have a nice design and look sturdy (OPtimus' fist being enclosed by truck parts notwithstanding) and I'm sure he'll like the gimmicks.

After watching some reviews on YouTube, this is a terrible line. It’s not even a good line for kids either. At least the 80s toys had the excuse that it was the 80s, these have no excuse.

Ultra Grimlock has kinda grown on me, I admit. I might get him, Shockwave and Warrior Starscream (as if that's a surprise). Mostly just meh though on the other toys.

The Scouts are cheap and as long as the gimmicks work, they'll be fun little desk toys. They might even end up being more fun to fidget with than any of the Titan Masters or Prime Masters have been.

I thought Hasbro had a thing about having multiple versions of the same character out at the same time competing with each other. Why does this line have 3 Starscream's in 3 different sizes? Is that really necessary? Isn't that like a total waste of money to produce when other characters could fill that slot?

I know it's completely nuts – you just don't do that if you have any sense you make all the characters across all the sizes and each new wave you juggle them around. Released 3 Starscreams at the same time just sow's brand confusion.

They did the same thing with Nu-RID when they released a wide selection of Soundwaves in short order… very confusing.

I'm rather disapointed as when I saw the "Busy Book" designs I though… "Oh those look like they have potential" – I never imagined that art would look so unlike the toys.

It's like Hasbro wants the Chinese to take their ideas and do it better. Am I the only one who thought toys would get better over time – not reasch some high around 2010 and then get progressivly worse ever since (overall).

If they had made the legs in two pieces the hollowness could have been invisible inside his legs and he could have also of had a moveable foot so he didn't have his toes sticking up in truck mode.

That toys just makes me flinch – Nu-RID had enough design compromises already – but something like Bumblebee wasn't that different from a normal Deluxe.

These are far far away from Deluxe quality – heck it terrifies me to contemplate what the Neo-WFC line will be like now. with the extensive use of Cybertronian mode I foresee design short-cuts aplenty ahead.

Go Nagai would be proud.

are those firing missiles in Starscream? because if so that's a great toy concept if it works like G2 Dreadwing

Yeah they are. They look more like purple matches don't they?

I\'m half excited, and half dreading this show coming up. I hope with its (rough story it\'s not like RiD, nor as campy and rediculous. Unfortanately (like the quality of the figures) it seems it migh go that way. But you never know, they may surprise us with a high quality Transformers show (crossing fingers).

Also this is purely my opinion.

I was thinking his backpack looks like a jet pack from a Bond film. If those missile batteries actually fired, he'd be cool. But alas

Oh I get it, these are the 'core wave 1 characters' which retailers will over order on, meaning we'll likely not see much of the later characters

Yep. I was considering getting NuRID Bludgeon to repurpose as CHUG Bludgeon, tbh…

I think the only one that\'s actually worth investing in (in my opinion) is shockwave. I like his robot form close to the g1 series, and the fact the he has a spider tank viechle form that looks cybertroinian is pretty sweet.

Even the small Movie Legends and Cyberverse toys had full transformations. And I guarantee you those probably cost the same as these budget-wise.

Oh yah, I'm certain too, but if they DID have proper alt modes, why haven't they just shown them off yet? Again, Megatron not having his cannon makes the idea of him turning into a full tank confusing.

I don\'t shockwave should have a human viechle form, but again that\'s my opinion.