Best Buy Canada have put up preorders for the new Transformers video game, Transformers Devastation, which we first learned about earlier today. From these listings, we can confirm that:

It is also reported that Transformers Devastation is coming on October 6th, 2015 – so not too long to go before we get to experience this game!

There’s also a few more new images attached to the listings – one of which shows a purple Ramjet, so it looks like the Decepticon Air Warriors are also in as enemies to fight. 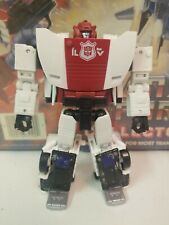 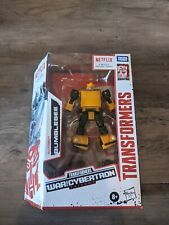 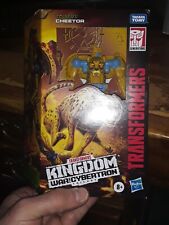 I was looking at IMDB and it list Greg Burger also voicing Long Haul
Michael Bell also will be voicing Scrapper and most exciting
Arthur Burghardt is voicing Devastator!

I'm going to assume the people talking down on this game are either not big gamers or have terrible tastes.

This is made by Platinum, the folks responsible for Bayonetta 2, indisputably the greatest game of its genre. Transformers in particular is directed by the guy behind Metal Gear Rising, itself a fantastic game with one of the greatest boss fights in all videogames.

Now the original excitement has worn off it clear to see this game is money grabbing trash.

but cause it's G1! everyone will buy it. Good job marketing.

All that, and no Jazz is why I remain skeptical.

Now the original excitement has worn off it clear to see this game is money grabbing trash.

but cause it's G1! everyone will buy it. Good job marketing.

Since no else mentioned it, Gamespot did an article too

Much the same as the Game Informer one, but did liken the combat more to Bayonetta, including a witch time-like mechanic.
Also mention that Andy Schmidt from IDW was involved with the story

I'd love a 3DS version. I don't have any current gen consoles. The last console systems I got were GameCube and PS2…

This just gets better and better. When I saw the game play all I could think of was the '86 movie when Optimus makes his charge through Autobot city. I'm so glad we are getting a PC release.

Oh my god it's beautiful. I'll have to see it in action of course, and I don't know if playing at those camera angles will work, but these look like you're playing the movie.

DEFINITELY GETTING FOR PC!

Cause there WILL be MODS XD

Looks amazing. This is the first TF game I've actually been excited about since The Transformers: Call of the Future back in 2003 (PS2 Japan)

Looks amazing. This is the first TF game I've actually been excited about since The Transformers: Call of the Future back in 2003 (PS2 Japan)

Im lookin forward to it! Definitely not game of the year or anything revolutionary but its gonna be a super fun TF game!

So it's coming this fall already.

Everything whizzed by way too fast in that little teaser.

I hope this game is neat. So far it looks it like it is. But i wanna see like how it actually plays

This will probably be the last new PS3 game I buy. After this it's black ops3 with a shiny new ps4. I think it looks cool. The only game I've been playing since I finished wfc is black ops2. Even if this is a buttonmasher-similar type of game, it's a nice break from the white-knuckle action of blackops zombies. (and multiplayer if I'm feelin it.)

Not to mention it's g1 themed.

A few screen shots show optimus and others with guns. Question is, is it a limited special attack from combos or a dedicated button for using the weapon

Ranged weapon are found in the game. Characters can equip up to 4 weapons at a time.

^ I guess this answers the Question about being able to use guns.

hmmm, was hoping for a more PS2 Armada style game, man, I loved that game! Will be breaking the PS2 out when I'm next in Europe!

Sweet. Wasn't buyinga console for this one, but I'll still check out the port.