Artist Mary-Sue Challinor has shared, via her Artstation account, a Transformers: Battlegrounds concept art gallery for our viewing pleasure.

For those who may not remember it, Transformers: Battleground is a Transformers Cyberverse console game released in 2020. We have images of Grimlock, Megatron, Wheeljack, Bumblebee, Shadow Striker, Optimus Prime and Arcee in alt mode plus some additional background images.

See the mirrored images after the break and let us know your impressions on the 2005 Boards!

END_OF_DOCUMENT_TOKEN_TO_BE_REPLACED

Courtesy of TFW member Frosty Coffee and his newest Youtube video on the upcoming Transformers Reactivate game, we have what appears to be screenshots from the actual game itself. These show off a roster of character designs (including Starscream, Slipstream, Hot Rod, Soundwave, Sunstreaker, Ironhide, and Windblade) as well as possible gameplay screenshots.

Keep in mind however, it appears these shots are from quite early on in the game’s development, and with multiple reports detailing its rocky development it’s unknown how much has been kept.

Take this as a rumor for now and let us know your thoughts on the boards!

Transformers Heavy Metal AR mobile game was planned to be an AR mobile game developed by Niantic, but unfortunately it was cancelled in June this year after being available only as a beta test in a few countries. We have a look at the character concept of Arcee, Jazz, Roulette, Soundwave, Starscream, Shadow Striker, some promotional posters featuring several other characters and a huge load of Minicon concept images.

See all the mirrored images attached to this news post and then sound off on the 2005 Boards!

END_OF_DOCUMENT_TOKEN_TO_BE_REPLACED

Via Weibo user 赛博坦联邦情報局 we have what seems to be new images of Optimus Prime, Megatron and Bumblebee from the recently revealed Transformers Reactivate video game.

We have images in robot and alt mode of each of the aforementioned characters. As we can see from the images, the designs are stylized but still blocky in some way. Keep in mind that some of the images are labeled as “Work In Progress” so we thery may be differences in the final version of the game.

To top it all, via Beau Ivey YouTube channel we can share for you two possible cutscenes from the game. The scenes reveal some part of the story of the game, the new enemy: The Legion and the fact that the Aurobots would not be the only ones taking part on this new war.

As usual, take this with a grain of salt until we get an official confirmation. This may be a very early art/footage that may have been cut from the final game. Stay tuned with this space for more updates!

See all the new images and videos afte the jump and then share to the ongoing discussion on the 2005 Boards!

END_OF_DOCUMENT_TOKEN_TO_BE_REPLACED 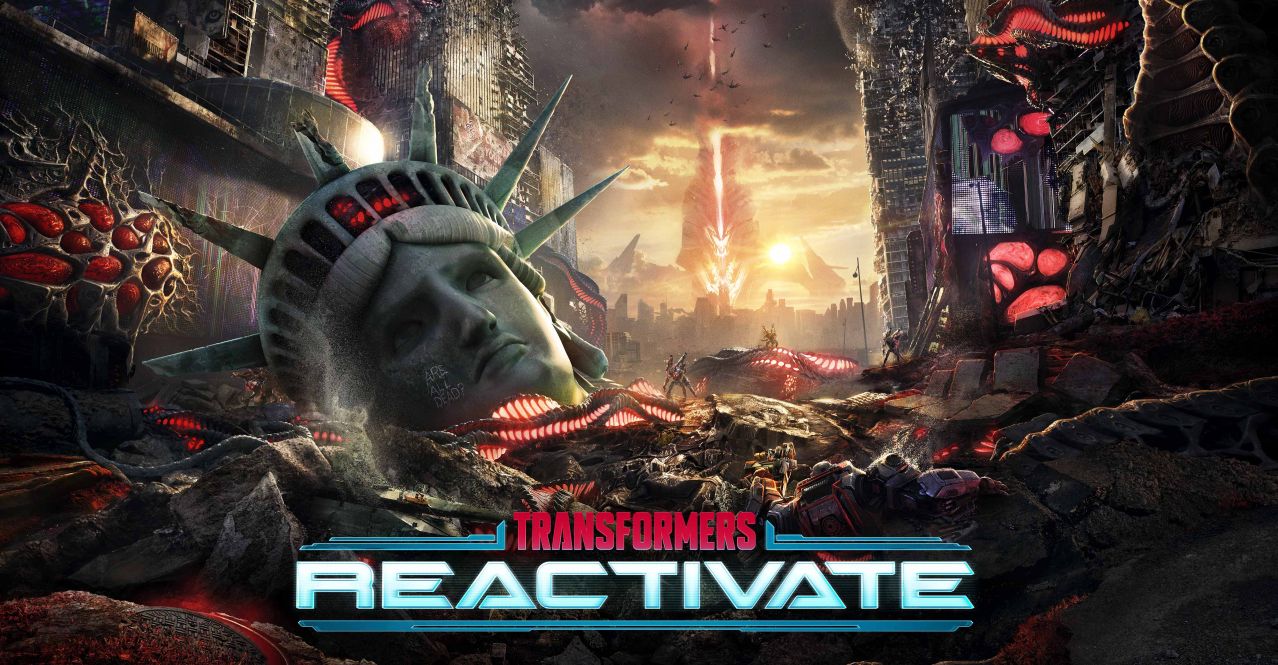 Hot on the heels of the first trailer of the new Transformers: Reactivate video game at the Game Awards 2022, now we can share for you the official press release of the game with additional information and new images.

This new 1-4 player online action game is developed by Splash Damage which have been behind games like Dirty Bomb, Gears Tactics, Wolfenstein: Enemy Territory, among others. Read on for some highlights about the game and story:

“The gravest threat to humanity has arrived. And it’s already won. Earth is no longer ours; it belongs to them. All we have left is our hope for the Autobots, as we salvage them from the rubble left behind.

TRANSFORMERS: REACTIVATE will offer players a chance to immerse themselves in the TRANSFORMERS universe like never before. They will get to play as some of their favourite characters; unique, weighty, and powerful, seamlessly converting between vehicle and bot form as they battle The Legion; the greatest threat the Autobots have ever faced.”

Read the full press release and the new 4K official images after the break which you can also find on the official website of the game. Let us know your impressions about this new upcoming Transformers video game on the 2005 Boards!

END_OF_DOCUMENT_TOKEN_TO_BE_REPLACED 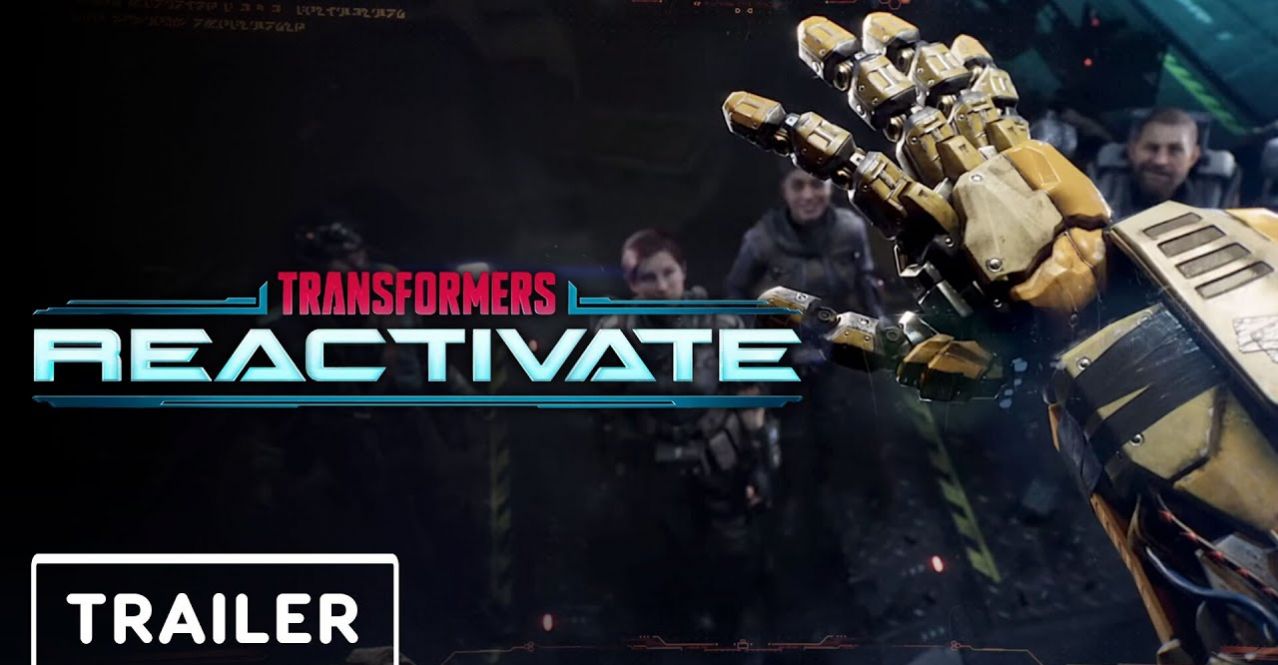 Transformers: Reactivate (previously known as Transformers: Rise) has just been officially announced at The Game Awards. It is the video game we had a new report on just last week – and it appears what was said there is true.

“The gravest threat to humanity has arrived. And it’s already won. Earth is no longer ours; it belongs to them. All we have left is our hope for the Autobots, as we salvage them from the rubble left behind.

Transformers: Reactivate is a 1-4 player online action game, developed by Splash Damage, coming to PC & consoles. With the Closed Beta planned for 2023, players, press, and content creators can sign up at the links below for future updates.”

Visit the official website and watch the trailer after the jump!

END_OF_DOCUMENT_TOKEN_TO_BE_REPLACED

Transformers Heavy Metal AR mobile game was planned to be an AR mobile game developed by Niantic, but unfortunately it was cancelled in June this year after being available only as a beta test in a few countries. Now we have a look at the design of several characters planned for the game like Optimus Prime, Bumblebee, Starscream, the Constructicons, Devastator and more. All characters show a blocky and original design.

See all the mirrored images after the break and then share your impressions on the 2005 Boards.

END_OF_DOCUMENT_TOKEN_TO_BE_REPLACED 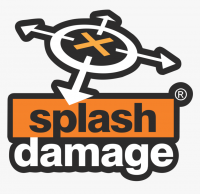 For a while now, we’ve been hearing bits of info here and there about Transformers Rise, a video game that was being developed by Certain Affinity. Unfortunately though, over time it had become clear that there was turmoil behind the scenes, with some rumors even suggesting it had been outright cancelled.

However, we now have a new report which may provide some renewed hope. Insider Gaming’s Tom Henderson, who is regarded as one of the top gaming insiders, has posted an article suggesting the game may in fact still be in development, but was handed off to developer Splash Damage instead. The article also provides some other details about the game:

“The supposed free-to-play third-person MMO is expected to release in 2023 and has taken inspiration from games like Destiny, it was said.

In this team-based experience, fan-favorite characters like Bumblebee, Optimus Prime, and Megatron will be making their way to the game, with transformers being placed under different category types.

Somewhat similar to Destiny’s Hunters, Warlocks, and Titans, the Transformers title will have similar roles currently under the named Tank, Damage, and Support.

It’s believed the game has seen a few changes since it was under Certain Affinity under the name “Transformers Rise”, with the codename for the project apparently now being “Fortress”, one source said.

As for the game’s plot, it’s understood that the Transformers will be fighting a new enemy (on Earth) under the name of “The Legion”. The Legion are new enemies in the Transformers universe that consist of organic and non-organic matter that can corrupt transformers that turn them into bigger and badder versions of themselves.

Developed on Unreal Engine 4, it was said that the game felt “very outdated but has potential”.

With an apparent 2023 release, we should be hearing more about the game in the near future. No details were shared on which platforms the game will release.”

With The Game Awards coming up next week on December 8th, it may be a good event to keep an eye on due to it being a primary place for yearly video game reveals.

Hasbro sent through word that the Transformers Beyond Reality VR Game for Playstation VR is now launching in the European and Australian markets.  The arcade style first person shooter is also available in the US an Asia, but now is available to more of our global friends.  Read on for an official press release, check the trailer below!

END_OF_DOCUMENT_TOKEN_TO_BE_REPLACED

Thanks to 2005 Boards member SHIELD Agent 47 for sharing in our boards information and images about a new  browser game to be released in Japan: Transformers Rage Battle.

There’s not much details about the game, but according to the official press release of the game it will be an free RPG type game with in-game transactions and featuring over 70 characters. As we can see from the images, all are G1 characters with a slightly stylized design.

See the all the images after the break as well as a Google translation of the official press release. Let us know your impressions on the 2005 Boards!