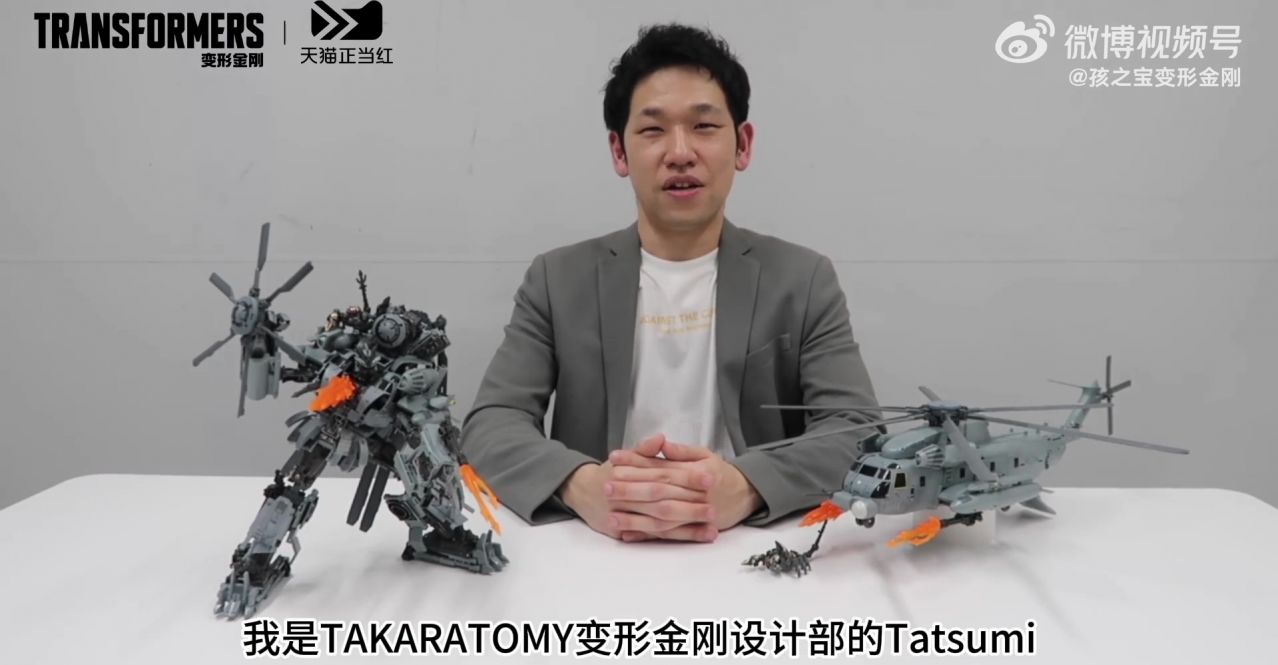 Hot on the heels of our first stock images of the highly anticipated Transformers Masterpiece Movie MPM-13 Blackout, now we can share for you the official video presentation uploaded by Hasbro China via Weibo.

Takara Tomy designer Tomo Tatsumi shows two color prototypes of Masterpiece Blackout (robot and alt mode) giving us a closer look at the deco, poseability, gimmicks and extra parts (including the Scoponok mini-figure) of this detailed Masterpiece which is arguably the most movie-accurate representation of the popular Decepticon to date.

Pre-orders are up via Hasbro China Tmall online store for 1649 Yuan which is about $257.05 (according to Google conversion data).

Watch the video here or a YouTube mirror after the break as well as some screencaps. Stay tuned with TFW2005 for more updates. We hope the US release date and price should be revealed soon. You can join now to the ongoing discussion on the 2005 Boards and sound off your impressions about Masterpiece Blackout.

Surprised I've not seen anyone doing any mods or anything to this guy yet.

you beat me to it xD I was thinking the same thing. now we need to make it official that waspinator per animal form is grindor xD

I was really content with Barricade but after getting Blackout and loving the Decepticon MPMs I went and got Megatron and looking for a slightly cheap MPM Starscream. I'll be eagerly snapping up Bonecrusher and Brawl when they come.

that bay optimus looks great in those colors, i really hope we see someday some weirdly colored starscream mpm

Will probably go to clearance like the other MPMs have. At least in my area. I don't mind paying full though. One of the best MPMs out there, though my experience is only limited to Megatron and Barricade.