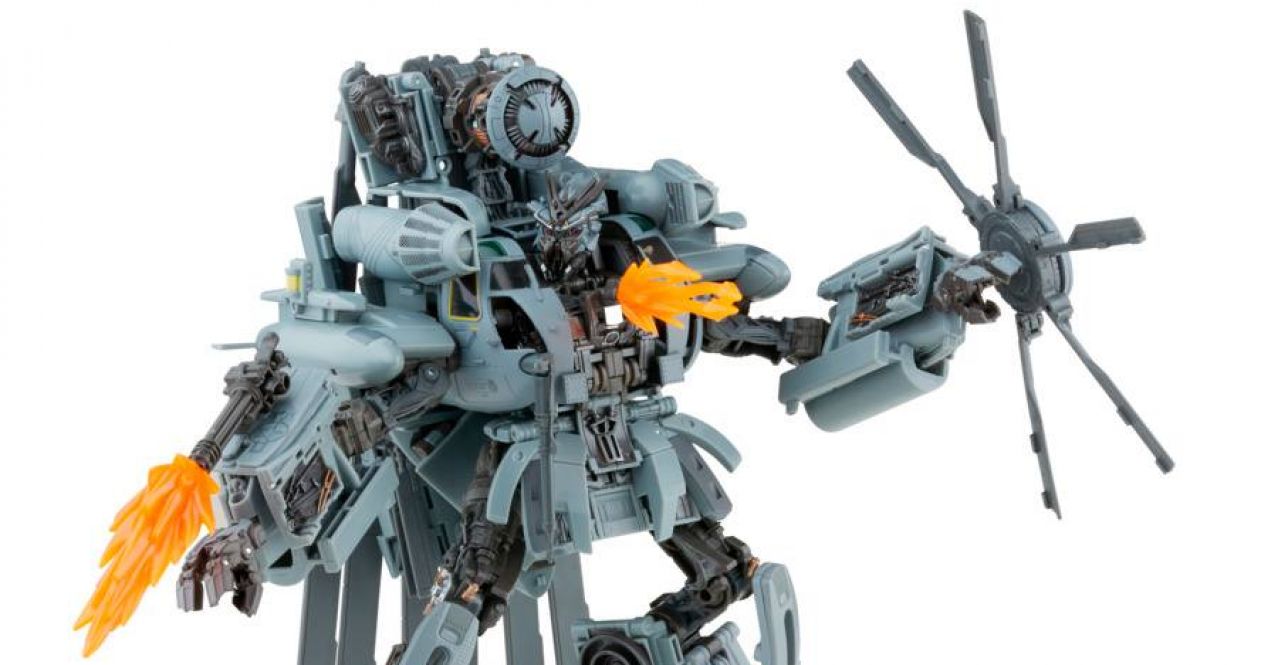 Courtesy of In Demand Toys Facebook we have our first look at the highly anticipated Transformers Masterpiece Movie MPM-13 Blackout.

We have a great set of official stock images showing off robot and alt mode and we are sure your optics will be pleased with the images. Blackout includes his partner Scorponok, blast effects and several weapons.

TA, the first character in the “Transformers” live-action movie; TA, the dazzling Decepticon Air Force general; TA, the long-awaited MPM-13 stun!
To pay tribute to the 15th anniversary of the release of “Transformers Movie 1”, MPM-13 is dizzy and cool! With a height of 29 cm, over 50 movable joints, and about 200 painting details, the visual shock is as good as ever! 88 steps of deformation, the “propeller” can be held as a “rotary blade crusher”, perfectly reproducing the classic shape of the movie 1!
The world’s shocking debut, Tmall “Transformers Toys Flagship Store” will start pre-sale at 20 o’clock tonight, click the link to participate immediately to enjoy multiple gifts! Link to the web page and start searching for #hot-blooded mecha right now, come and pick your hot-blooded mecha!

Pre-orders are up via Hasbro China Tmall online store for 1649 Yuan which is about $257.05 (according to Google conversion data).

We still have no concrete information about the US release date or price, but we may have additional information from the official Hasbro China reveal shortly. See all the images after the jump and then sound off on the 2005 Boards!

Surprised I've not seen anyone doing any mods or anything to this guy yet.

you beat me to it xD I was thinking the same thing. now we need to make it official that waspinator per animal form is grindor xD

I was really content with Barricade but after getting Blackout and loving the Decepticon MPMs I went and got Megatron and looking for a slightly cheap MPM Starscream. I'll be eagerly snapping up Bonecrusher and Brawl when they come.

that bay optimus looks great in those colors, i really hope we see someday some weirdly colored starscream mpm

Will probably go to clearance like the other MPMs have. At least in my area. I don't mind paying full though. One of the best MPMs out there, though my experience is only limited to Megatron and Barricade.