Chalk this up as a rumor for now as these might just be placeholders, but the Wal-Mart computer systems have a few new names down against the Transformers Generations Deluxe Assortment.

The four names are:

What lends credibility to the rumor is that Rattrap was name-dropped by Dark Cybertron co-writer James Roberts in an interview with Fullmetal Hero. As the current assortment of Generations are based on IDW comics characters, Nightbeat makes sense given his importance in previous story arcs. Crosscut in the past was the name of a redeco / remold of the Autobot, Skids – could this be a potential Skids remold? Tankor though we have no idea on – but that’s the fun of speculation!

Watch this space for more news and future updates. 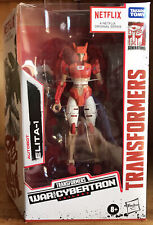 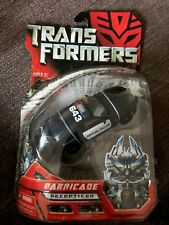 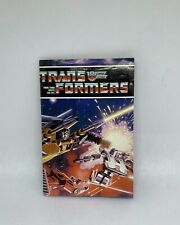 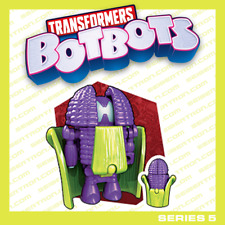 I wonder if we got Decepticon Crosscut instead of Autobot Crosscut who he'd could be a remold or pre-mold of.

If we get a repaint of Scoop as Earthquake then I'm okay with this.

It is too bad we are getting two fairly accurate Tankor toys and one is a Basic and the other a Deluxe. :/

I'm… pretty sure that's what it's going to be, duder.

eagerly want to see what mold this Tankor is…..

Given we've got an Armada homage, and three Beast Wars figures, it's entirely possible that this indeed a BM homage. If so, I want a new Jetstorm, Obsidian and Strika.

I wonder why we'd get another Octane/tankor after that 2008 release. Don't get me wrong, I'd welcome it with open arms, but I'd prefer someone we haven't had yet.

Probably so they could remold it for something else. Perhaps an Armada Demolishor?

I'm sorta hoping that the "Tankor" They're talking about is Octane.

It makes sence that this is wave 5.

Crosscut will be a Skids re-paint so he's probably the repain character for that wave which leaver Rattrap, Tankor and Nightbeat as new molds.

Thanks for the headsup!

These were found in the Wal-Mart computers back in August. Can't wait for pics thought!

What's "AST" supposed to be?

Yeah. Fireflight and Sideswipe are on there too.

What's "AST" supposed to be?

Found this rollback listing at my local Walmart. It identifies Tankor, Crosscut, Nightbeat, and Rattrap as deluxes in the Generations line. This could be the IDW wave 5.

See, I don't care if Nightbeat is a Headmaster or not. Sure, he had the most awesome Nebulon in Muzzle, but he was never a Headmaster in the US Marvel, Dreamwave, or IDW comics. Only the UK Marvel comics and profiles that never really made it into the fiction.