The Hub have sent us over a whole lot of cool information on the upcoming Transformers Rescue Bots Television series, including the details of the premise, the voice cast and most important of all – the date of the premiere so you can check this show out.

Transformers Rescue Bots will premiere with a special sneak peek presentation of its first two episodes on Saturday 17 December 12pm – 1pm on The Hub. Voice talent will include Steve Blum (voice of Starscream on “Transformers Prime”), Maurice LaMarche (voice of Morbo and Calculon on “Futurama”), Lacey Chabert (“Party of Five”) and LeVar Burton (“Star Trek: The Next Generation”).

Read on for the full release from The Hub.

Please note: John DiMaggio was included in error. No Transformer voiced by Bender for you! Created for the younger generation of Transformers fans, the new series from the creators of “Transformers Prime” will feature a simpler, more traditional animation style in a show that centers on a group of Autobots charged by Optimus Prime himself with protecting and learning about humans while stationed on an island off the Eastern seaboard that serves as a high-tech testing ground. Voice talent include Steve Blum (voice of Starscream on “Transformers Prime”), Maurice LaMarche (voice of Morbo and Calculon on “Futurama”), Lacey Chabert (“Party of Five”) and LeVar Burton (“Star Trek: The Next Generation”).

We’re excited about having the new series AND season two of “Transformers Prime” on The Hub’s schedule early next year! 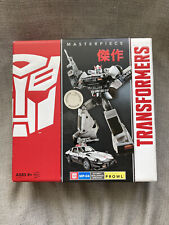 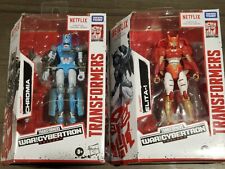 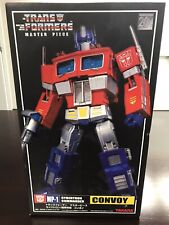 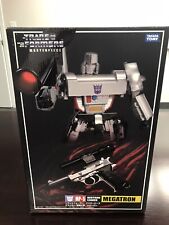 Why am I having a feeling that people will enjoy this more than TFP?

UPDATE:
Just wanted to add this update, noticed today that both episodes will repeat on Sunday, December 18th from 8 am to 9 am CENTRAL time, so set those DVR's if you can't catch both eps live.

Any idea when this is premiering in Canada? My nieces love the toys and freak out whenever they see the commercials for them on TV. I am assuming it will be Treehouse since they air My little pony up here.

No trailer or sneak peek yet for this new series?

Why do I suddenly picture him voicing Rodimus?

Oh man, I got hooked on Outsorced last year (damn shame it got canceled) Parvesh Cheena is really funny. (check out the Bollywood episode, probably his best moment)

Too bad there's no Bender.

Very happy to see the updated info with Peter Cullen voicing Optimus, but in cameo appearances..hmmmmm…so he (and Optimus) won't be in this series as often, but he will be there..that's great news!! Rather have him full time in TFP first!

Funny thing is, apparently the show's cast is as confused at DiMaggio's exclusion as we are.

Shame, as he's awesome, and I'd love to see him in a regular TF production, even if it was Prime.

Too bad about the lack of John DiMaggio.

I hope he's gonna be on Prime at some point though.

So, any pictures from this show yet? I haven’t seen one.

Maybe he's in Prime instead?

That seems likely. Or perhaps they were in talks but were unable to secure him.

Assuming that is the reason Peter Cullen is a cameo character.

It could be, as Optimus is associated with killing Decepticons and physical fighting, that the decision was made to drop him to cameo to focus on kid friendly elements – not a character known for things like "WE WILL KILL THEM ALL" "GIVE ME YOUR FACE" and "One shall stand, one shall fall".

I agree with you on this, good sir.

Hasbro's Playskool has a theme; "Big Boy Brands In Little Boy Hands". It technically means much more child friendly products based on Hasbro's major franchises. Even when it comes to Hub TV Shows, Hasbro is likely to address the preschool demographic. We all have to admit Transformers: Prime is stretching the limit of where it can go as a kids show (Just watch "Predatory" in the middle of the night alone and in the dark, you'll see what I mean). Anyway, I wish Rescue Bots a good run ahead.

Jeff Bennet is (hopefully) voicing a Transformer again. This is amazing.

i bet most of the voice actors will play human characters. I really hope this show is good. I hope they add some bad guys. even the Super Hero Squad Show had bad guys.