TFNation welcomes Transformers Prime creators to “The Big Broadcast of 2021” event airing next month on Twitch and TFNation Live:

You are all invited to bear witness to a creator panel featuring Jeff Kline, Nicole Dubuc, Marsha Griffin, Joe Kuhr, Steve Melching, and Duane Capizzi; celebrate the 10th anniversary (for the UK, and for the main series at least) in style with Transformers: Prime’s showrunners, screenwriters, and editors, as they discuss behind the scenes secrets, creative processes, outstanding animation, and a truly special class of writing.

Stay tuned to this space for more Big Broadcast guest announcements and join in the discussion on the 2005 boards! 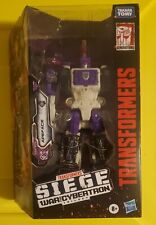 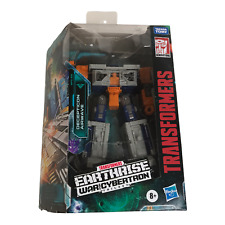 Following the incredibly difficult times faced by small businesses over the last 18 months, TFNation's partner company MoreThanMerch.com has taken the decision to close its operations in the coming days.

All orders which have already been placed will be processed as normal. The company will stop accepting new orders from 6pm BST on Friday 27th August 2021 – so if you wish to support us by placing an order for any T-shirts, hoodies or even Billy's book, please do so before the cut off date.

Official TFNation merchandise will make a return in the future, to a new home – we'll let you know when more details are available.

On behalf of everybody on both teams, thank you so much for supporting the event and wearing our merch – truly, this community is more than meets the eye.

TFNation will return. 12-14 August 2022 More information soon. Til all are one again. https://youtube.com/watch?v=pT6tvD6NyzY #TFNation #Transformers

I can't swear it, but these three vague entries for Saturday night suuuuuure make it sound like they're planning to stream the previously-exclusive Animated season 4 script reading….View attachment 29183677

It's Schedule Time! Click the link for full details and get hyped – TFNation's The Big Broadcast of 2021 is almost here! But what does it all mean? https://tfnation.com/blog/big-broadcasts/its-schedule-time

TFNation's The Big Broadcast of 2021 will be rolling out from 7pm (BST) on Friday 13th August 2021 for an evening of entertainment! We'll then pick up again on Saturday, where we'll transform your weekend from early til late! Look out for the full schedule which will be announced soon! To watch the event (which is free!) subscribe to our YouTube channel or head over to TFNation.com/live – no need to channel hop!
See you there!
– Team TFNation

>editor with bob skir
>also for animated
man. it\'s amazing how much more useful he was with actually competant writers that weren\'t just using the job to push their agendas. I suppose there wasn\'t much he could do to make beast machines not be a dumpster fire.

Great to see that Marty is coming back!

Rescue Bots is like the third best Transformers series. This is cool to see.

They deserve all the praise for Rescue Bots. That show is superb. I'd love if they got the chance to write a TF show for an older audience.

Here we go again same thing happen in new wreckers comic team you don’t want ever transformers to evolve and grow to have get new transformers do you not want transformers stay popular above thunder cats if not for movies all we be doing is toys , games cartoons statues nothing more.,

that’s irritating thing about most fans of transformers they accept prime as firetruck but cry when prime isn’t square blocky semi truck cartoon looking cab is painted red with white stripe on it.,

these movies are made for old and NEW fans alike where was your comment when g1 voice actors of iron hide ratchet starscream blitzwing was not voice cartoon characters you don’t complain about then.,

transformers old fans NEED LEARN GROW AND ACCEPT change transformers are evolving in comics and cartoon series toys as well some annoying fans should grow and evolve as well that is what happens with all hobbies and teams justice league team members and suicide squad team members always change same with teen Titans and avengers.,

Wolverine spiderman hulk ghost rider are part of avengers no marvel fan cried where scarlet witch Hawkeye black widow vision they accept change see if they like it buy more comics to bring in new fans keep things way they all time will only make old fans happy and NOT BRING NEW FANS to transformers and beast wars.

This go for any hobby comics toys gijoe transformers dc marvel comics movies tv shows Barbara Gordon is being played by black woman , valkery is played by black woman not white blonde those are changes dc and marvel made in movies fans didn’t cry over it they accept it grow get new fans in comics stop being stuck in past look to future never cried when frank welker wasn’t Megatron in transformers cybertron energon transformers animated did you you accept change learn accept with dam movies as well older transformers fans are the worst I rather be surrounded by NEW TRANSFORMER FANS new transformers fans some accept change Maybe watch cartoons if they talk to old fans

This long repsonse from such a small comment was unnecessary.