Dust off your old Quake II CDs the boys at TFQ are saying a big update is due soon. As always click ye old read more button for details., TFQ will soon have a massive content only update in the very near future. This update's biggest feature will be support for Q2max, a major engine modification for Quake 2. Q2max allows for some very nice features seen in Quake 3, you have to see it to believe it, it truly is like playing a whole new game. One of the biggest advantages, is the allowance for 32bit skin textures, meaning character colors and detail that were once impossible, are now a reality. Several new model replacements are also present, as well as skin replacements for some of the existing TFQ themed enemies. Please note: We recommend backing up your maxconfig.cfg file, which will be located in the baseq2 directory, once you install Q2max. We modified that particular file for TFQ, to allow for some single player start up perimeters. While it is optional to keep the .cfg file we provided, we still recommend using it, while playing TFQ. In the mean time, we recommend you download, and try Q2max, which is available here. Finally, we are still going to, and always will, support regular Quake 2, for those fans who wish to still use plain old Quake 2 with TFQ. We have enough resources to support both versions of TFQ, and will continue to do so into the future.”

If you have not checked out this conversion do yourself a favor and do so, while not complete yet it is a kick to play and different guns are replaced with different Transformers, IE: The BFG is Megaton, complete with G1 sound Effects. The opening movie in the game is replaced with the G1 season 1 opening as well. 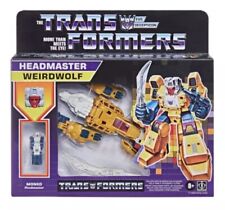