It’s time for our usual sightings round up courtesy of our 2005 Board members all over the world. May is going fast and we have some new sightings and official online local pre-orders over the globe. Zoteki G1 Transformers statues have been spotted in Chile, New Kingdom and Studio Series 86 in Ireland and official Kingdom pre-orders are going live in Malaysia and Peru with some strange distribution decisions. 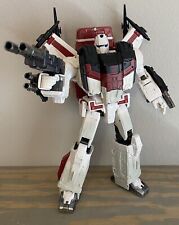 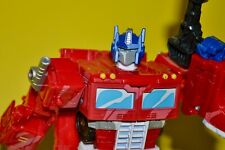 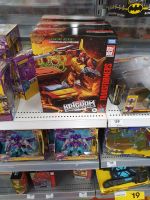 Kingdom Rodimus Prime was found at Big W Miranda (Sydney, NSW,Australia) for $149 AUD ($115.00 approximately). To top it all 2005 Board member and Australian resident Trent and Twitter user @JM77 have posted some new in-hand images giving us a closer look at the figure and all the 10 blast effects and the way you can use and store them in Rodimus.

“Behold, Galvatron!” To our surprise, a tweet by Transformers Fans AUS confirms that the new Transformers Kingdom Wave 3 Leader Class Galvatron has just been found in Australia.

The completely new Leader class mold of the evil Decepticon leader was spotted at Toyworld in Rosebud, Victoria. It was priced $95.00 AUD ($73.43 approximately). An unexpected first world sighting, considering Galvatron is officially scheduled for release by September this year. 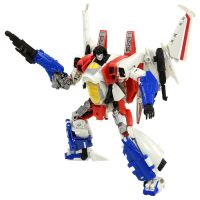 Via friend site Cybertron.ca we can confirm that the new Transformers Studio Series Wave 12 Voyager is out at Canadian retail. 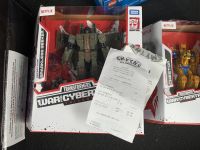 Attention UK collectors! Thanks to 2005 Board member vampyre000 we can confirm that the new Netflix War For Cybertron Wave 3 Voyager & Deluxe is out in the UK.

The new Betflix redecos Sparkless Seeker and Cheetor were found and bought at Smyths in Watford, Their wave partrners should be out too, so you may try to check your nearest Smyths stores. 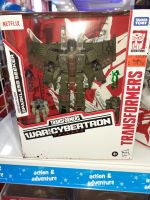 It’s time for our usual sightings round up courtesy of our 2005 Board members all over the world. April is leaving with a slow but interesting week. The latest Netflix War For Cybertron toys have hit shelves in Malaysia, more Generations Selects and Kingdom toys in Mexico, and Russian fans can hunt the latest Kingdom Leader class toys. 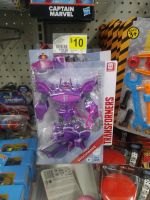 Courtesy of 2005 Board member Daimao we cam confirm that the new Transformers Authentics “Alpha” Shockwave has been found at US retail.

This new 7-inch Authentics mold had been spotted only in Chile so far. This easy-to-transform and affordable Evergreeen Shockwave figure was found at a Dollar General in Gloucester, Virginia.

April is leaving and we have some more new toy sightings courtesy of our 2005 Board members all over the world. This week, fellow collectors in New Zealand finally find new Kingdom Wave 2 Deluxes. In Russia, new Cyberverse and Kingdom toys are available. Collectors in Scandinavia algo get more Kingdom and Studio Series waves.

Thanks to 2005 Board member Prescient we can report that the new Transformers Transformers Studio Series Wave 12 Deluxe & Voyager out in the UK.

Studio Series Deluxe SS-70 B-127 (Bumblebee Movie Cybertronian Bumblebee), SS-71 Autobot Dino (Dark of the Moon) and Voyager SS-72 Starscream (Bumblebee Movie) have been found at Forbidden Planet stores. Also, via the Transformers UK (TFUK) Facebook group, we can confirm that the aforementioned toys have been spotted at Smyths stores too.

Thanks to 2005 Board member DesertDog for sharing in our boards photographic proof of his sighting of the new War For Cybertron Netflix Wave 3 Voyager at Canadian Retail.

Sparkless Seeker (with Sparkless Caliburst and Sparkless Singe) and Optimus Primal & Rattrap 2-pack were found at Walmart in Calgary, Alberta.