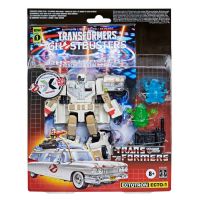 Via In Demand Toys we have a nice set of packaging images of several upcoming figures for 2021: Transformers Afterlife Ectotron, Studio Series, R.E.D & Wave 2 Retro Headmasters.

Read on for the detailed list of each product.

Click on the names to go to the respective thread in our forums or alternatively click on the bar to see all the images on this news post and then share your impression on the 2005 Board! 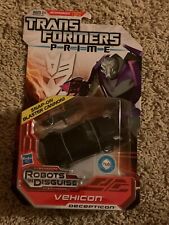 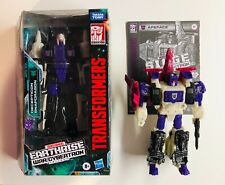 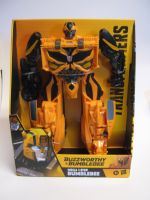 Thanks to 2005 Boards member sdtessmann for giving us the heads up of his sighting of a new (an unexpected) Transformers “Buzzworthy Bumblebee” Mega 1-Step Bumblebee at US retail.

This figure seems a re-release of the Age Of Ectinction Mega 1-Step Bumblebee from 2014. It was spotted at Target in Oshkosh, Wisconsin for $29.99 (DPCI# 087-16-7189). This another unexpected release for the mysterious “Buzzworthy Bumblebee” sub-line which was first known by a Bumblebee & Spike 2-pack followed by several reissues of Studio Series toys.

See the details after the read more jump and get ready for these posters to take pride of place in your collection!

END_OF_DOCUMENT_TOKEN_TO_BE_REPLACED

We have some very promising news from Threezero. Via their official Weibo account, they have revealed the prototypes of their upcoming DLX Revenge Of The Fallen Optimus Prime And Jetfire.

Threezero have impressed us with their top quality DLX non-transforming action figures and we can say that these two figures are worth of every fan attention. The image show a ROTF Optimus Prime color protype next to a big Jetfire gray prototype. Both look as if they were taken out from the film. But there’s more than meet the eye here. According to the information shared in the Weibo post these figures, while not transfoming, would be able to combine into Jetpower Optimus Prime.

We still have no additional information about these figures, but stay tuned with TFW2005 for more updates. Nos click on the bar to see the mirrored image of the prototypes and then sound off your impressions on the 2005 Board! 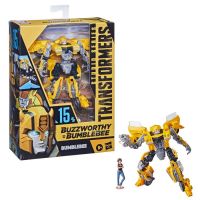 Via In Demand Toys we have several new stock images of some new Transformers “Buzzworthy Bumblebee” figures.

These new reveals seem to be re-packs of previous Studio Series molds, all packaged in a similar packaging of the previously revealed Transformers Buzzworthy Bumblebee Bumblebee & Spike 2-pack. We still have no additional information about these figures, which now seem to be a complete sub-line.

A complete surprise with still no concrete information on release date or distribution. Stay tuned with TFW2005 for more updates.

Click on the bar to see the mirrored images on this news post and then sound off your impressions on the 2005 Boards.

Prime 1 Studio, just following the official gallery of their Transformers 2007 Scopornok statue, now they treat us their official images and product information of their impressive MMTFM-30: Blackout (Transformers 2007) Statue.

Marking the first live film adaptation of a transformation comes Blackout! Megatron’s third-in-command, Blackout, is seen at the beginning of the film, completely obliterating Qatar Airbase. Before the beautiful destruction, however, we can feast our eyes on a moment that changed our lives forever.

Bringing that feeling to your collection is the ruthless Blackout. Standing 32 inches tall, Blackout has just transformed! Blackout stands in a museum pose asserting dominance over all humans who dare step in his way. Blackout’s paint job has been modeled after the MH-53J helicopter he transformed from. He also features military markings, weaponry, and helicopter elements around his body, making this the most accurate Blackout statue. He stands upon a base with sand to fully bring the atmosphere of the scene to your collection. The LED illumination coming from his eyes will strike fear in anyone and will genuinely take your collection to the Next Level!

Pair with his symbiotic minion, MMTFM-31: Scorponok. The perfect companion piece to display to give that blood-thirsty, kill-hungry, nitty-gritty Decepticon feel to your collection!

We have worked carefully and closely on this project from concept to development to truly bring one of the most iconic scenes in Transformers history to your collection. Centerpiece quality and an absolute show-stopping, a must-have statue for Transformers fans everywhere!

A massive piece of art and impressive representation of the one of the most iconic Transformers from the live-action movies. See the full gallery here or some key shots after the jump. Let us know your impressions on the 2005 Boards!

In addition to the extensive, Prime 1 Studio have updated the product information and details of this statue:

Prime 1 Studio is proud to present the MMTFM-31: Scorponok from the monumental debut film Transformers, directed by Michael Bay.

The tenacity of this Decepticon is unmatched! Scorponok comes to you with it’s highest point being at 12 inches tall. This blood-thirsty, kill-hungry, nitty-gritty Decepticon stands upon a themed base with real sand to fully bring the atmosphere of the movie to your collection. Extra detail and care have been implemented into Scorponok’s paint job to fully recreate the chameleon mesh armor plating, which allows him to perfectly blend in with the sand to ambush ANY Autobot or human. You will find the most eye-pleasing texture and color gradation, complete with LED illumination on Scoponok’s eyes, with all three weapons pointing dead center, commanding ultimate presence and making this an amazing Decepticon statue!

Pair with the parent Decepticon MMTFM-31: Blackout to have the ultimate Decepticon display! We have worked carefully and closely on this project from concept to development to bring back the amazing feeling that the first Transformers film has brought us all. May nostalgia creep into your collection as Scorponok creeps through the sand!

A breathtaking masterpiece and a must-have for Transformers fans everywhere!

Check the full gallery here or mirrored key shots after the jump. Let us know your impressions on the 2005 Boards! 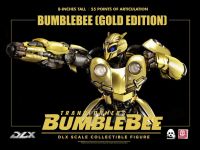 Hasbro and threezero are proud to present the latest exclusive variant to our DLX series, Transformers: Bumblebee – DLX Bumblebee (Gold Edition). With only 1500 pieces produced worldwide, only 150 PCS will be available on Dec 19, 2020 at threezero WinterFest Online! This limited edition collectible figure features a unique metallic gold paint finish that calls back to the classic 1980s gold Bumblebee variants.
※ In development. Final product may vary from promotional images.

Stay tuned to our sponsors for preorder information on the remaining copies, then sound off on the 2005 boards!

END_OF_DOCUMENT_TOKEN_TO_BE_REPLACED 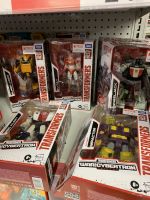 As Christmas comes closer, we have several new toys in shelves around the world. This week: France receives new Netflix War For Cybertron, Earthrise and even some US exclusives at retail. R.E.D figures showed up in Mexico and a new Earthrise Deluxe wave is available in Peru. Fans in Philippines found the latest Earthrise and Cyberverse waves and even a Masterpiece toy. Stores in Scandinavia offer new Cyberverse and Earthtise toys and their first Commander Class toy. 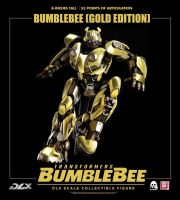 Threezero, via their official blog, have revealed our first teaser image of their upcoming Bumblebee Movie DLX Bumblebee Gold Edition.

This is a very nice redeco of the already impressive Threezero’s Bumblebee Movie DLX Bumblebee action figure (you can check our gallery of this figure here) in gold finishing. We still have no concrete information on price or release date, but stay tuned with TFW2005 for more updates.

Click on the bar to see the teaser image and then join to the ongoing discussion on the 2005 Boards!