We can share for your our first look at the packaging of the new Yolopark Bumblebee Movie Earth Mode Optimus Prime PLAMO (Model Kit) which was on exhibit at Yolopark’s booth at ACGHK 2022.

This looks like a very nice box showing a pic of Optimus Prime kneeling in the front. We can also spot a handle on top of what seems to be a big box for this 30-cm tall non-transforming Bumblebee Movie Optimus Prime model kit designed after his Earth Mode as seen in the Bumblebee movie. We had shared a detailed gallery if this item on this link for you to check the level of detail and complexity of this impressive model kit.

This model kit has been updated for release in October 2022 now, but you can still find pre-orders via our sponsors links below. See the mirrored images after the break and then sound off on the 2005 Boards!

END_OF_DOCUMENT_TOKEN_TO_BE_REPLACED 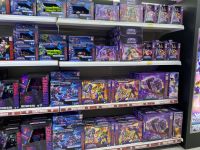 July is leaving with an impressive list of new sightings. Our friedns in Australia get the latest Legacy and Studio Series waves plus some Shattered Glass, Golden Disk Collection and the new H.I.S.S. Tank Megatron, new Legacy toys have been spotted in Germany, and Legacy Velocitron Deluxes have been found in Ireland, Masterpiece Shouki showed up in Singapore. But this week, Taiwan get a rain… a storm of new sightings with new Legacy, Studio Series, Cyberverse, Buzzworthy Bumblebee, Beast Wars reissues and the complete Legacy Wreck N= Rule and Velocitron collections in all classes at several stores.

We have with us a couple of official product descriptions* belonging to Transformers: Rise Of The Beasts Weaponizers and Battle Changers gimmick lines.

It is interesting to note that the product description for Battle Chargers hints at a possible Transformers game. However, the description does not mention it as a video game. Considering the rest of the description, we can speculate that this might be an Attacktix** type of board game system where Hasbro previously featured properties such as Transformers, Star Wars, and Marvel.

[*] Translated to English from a localized product description.

A post in Chinese platform Baidu  seems to give us a hint of an upcoming Transformers Masterpiece Movie Revenge Of The Fallen Starscream.

We suggest to take this with a grain of salt until we get a more reliable or official confirmation. We only have a small image which shows a Revenge Of The Fallen redeco of the Masterpiece Movie MPM-10 Starscream.

Would you be interested in this ROTF Starscream redeco for your collection? Let us know your impressions on the 2005 Boards! 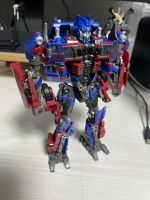 This is a improved movie-accurate redeco of the Studio Series SS-05 Voyager Revenge Of The Fallen Optimus Prime mold. The figure includes the two blades of the original release plus 2 ion blasters which came originally with SS-32 and SS-44 Optimus Prime toys. As we can see from the images, this a very nice deco improvement with shiny paint apps and  several additional details compared to the original release. We have images in both modes and a side-by-side comparison with the firsr SS-05 Optimus Prime mold.

See all the images after the jump and then let us know your impressions on the 2005 Boards!

This month we have only 5 pages of Transformers content:

Via Flame Toys social media channels, we have new images of the next entries on their top-quality action figure line: Kuro Kara Kuri.

We have images of the following items:

We still have no concrete information on price or release date, but stay tuned with TFW2005 for more updates! See all the image after the jump and share your impressions on these new action figures.

END_OF_DOCUMENT_TOKEN_TO_BE_REPLACED 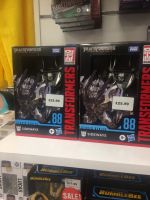 Thanks to 2005 Boards member JonzyYT for giving us the heads up of our first world sighting of the new Transformers Studio Series Deluxe SS-88 Revenge Of The Fallen Sideways at UK retail.

Sideways was spotted at Forbidden Planet Newcastle, but unfortunately his wave partners SS 86-16 Arcee and  SS-87 DOTM Bumblebee were not found. We may think this is a solid case of Sideways toys. 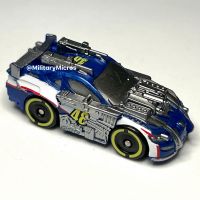 With very special thanks to Micro Machines super fan MilitaryMicros, we have with us, a bunch of images from upcoming (and some currently released) Transformers Micro Machines waves.

Now, keep in mind that these product images and the final product may vary.

Transformers: Dark Of The Moon 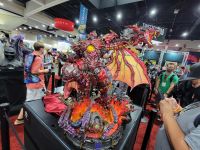 San Diego Comic Con 2022 continues and now, courtesy of TFW2005 team at the event, we have some images from Sideshow and Diamond Select booths where we could find a sample of the impressive Threezero DLX The Last Knight Optimus Prime action figure and the massive Prime 1 Studio Transmetal 2 Megatron in all his glory.

See the images after the jump and then sound off on the 2005 Boards!