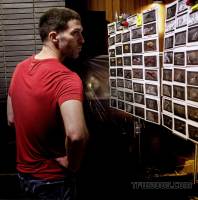 Few days ago, Transformers fans got a small taste of what to expect inside the December 2018 issue of the Empire Magazine. Director Travis Knight has given a lengthy interview discussing his upcoming movie; Transformers: Bumblebee.

TFW2005 purchased a copy of the mag to delve into the juicy details from the aforementioned interview.

Though we attached the images from Empire onto this news post, we will not post the interview in its entirety. You can read below, our summary of the article.

Spoiler Warning: Some may consider certain parts of the interview as spoilers. You are warned.

You can read the rest of the summary and take a look at the scans, after the jump. Empire Magazine December 2018 issue (out now!) can be bought from your local newspaper outlet.