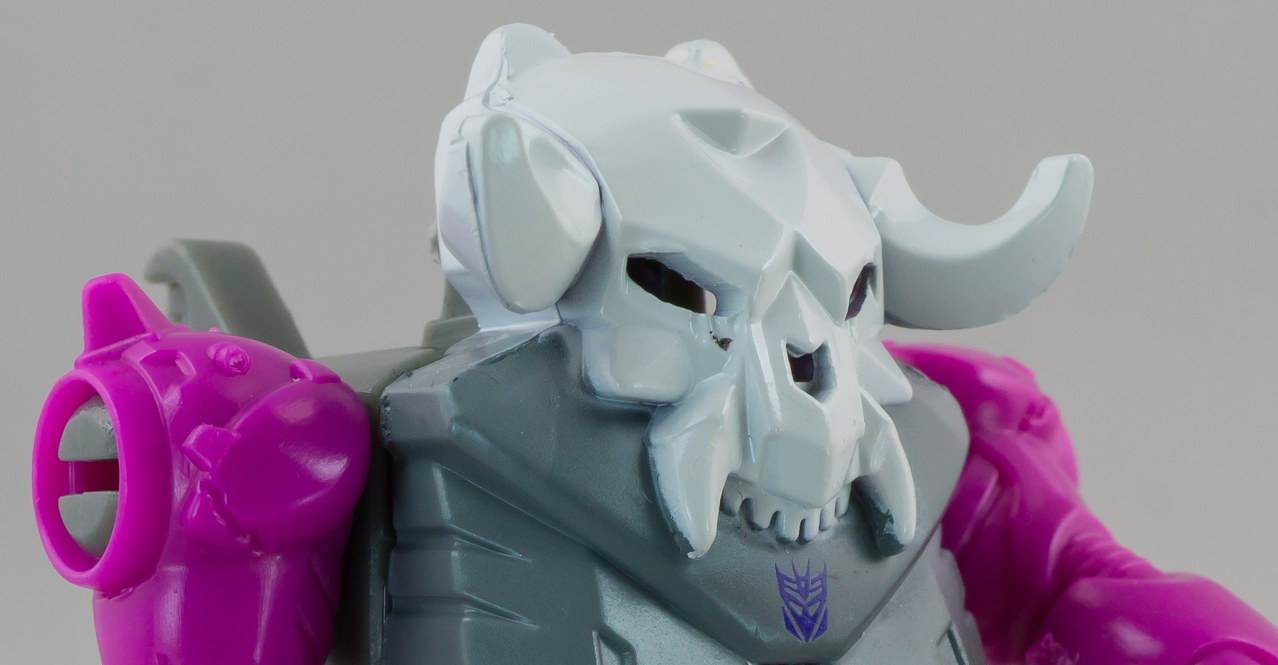 Next up in our coverage of the Power of the Primes Prime Masters, we bring you a look at the Prime of Lies, Liege Maximo, and the real star of the show, his Skullgrin Decoy Suit.

The original Decepticon Pretenders always stood ahead of their Autobot counterparts, in our view. Humans in spacesuits? Cool. Big freaky monsters? Cooler by a country mile. While the Prime Masters have done a lot for these designs, the likes of Skullgrin still stand out in a crowd. Here, Skullgrin’s design looks more like a mechanical version of his original design, but has lots of good callbacks to the original look, making him a good balance of old and modern looks.  The inner Liege Maximo robot looking like the original Skullgrin’s inner bot is icing on the cake. As with the majority of the Primes Masters, the weapon mode is a little weak, but for Skullgrin at least there’s some innovation – it’s not another blaster.

Check out the gallery below to see what you think:

END_OF_DOCUMENT_TOKEN_TO_BE_REPLACED 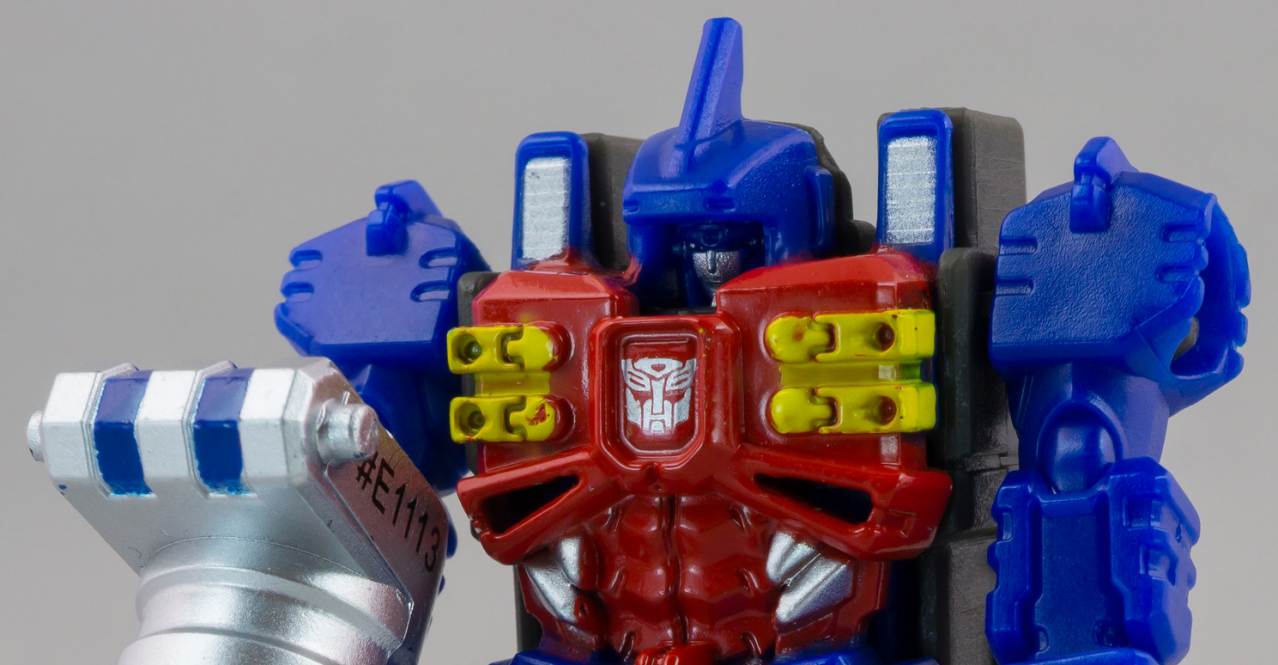 For our next Power of the Primes gallery, we have a look at the time traveller among the Primes, Vector Prime, and his decoy suit, Metalhawk!

It’s been a good year for Metalhawk. Originally released in 1988 as a Japanese market exclusive, the last 12 months have given him not one but two updated toys. Today we’re looking at the Power of the Primes version, which evokes the original Pretender shell of Masterforce’s Metalhawk. Even in this more diminutive scale, the heroic figure that the original shell cut is fully present here – complete with a six pack, which is a deviation from the original’s design, but it works for the overall heroic vibe of the design. Like Cloudburst, the inner figure’s face shows through when inside the decoy suit, and the effect works considerably better here. The inner figure itself is not colored like the original inner robot of Metalhawk, but certain design details are present, while others refer to the other Metalhawk that was released last year. And yes, if you have Titans Return Metalhawk, you can put his head inside the decoy suit for that full Pretender effect.

Check out a select few key pics of this one after the break – and check out the link below for 60+ pics of Vector Prime and Metalhawk.

END_OF_DOCUMENT_TOKEN_TO_BE_REPLACED 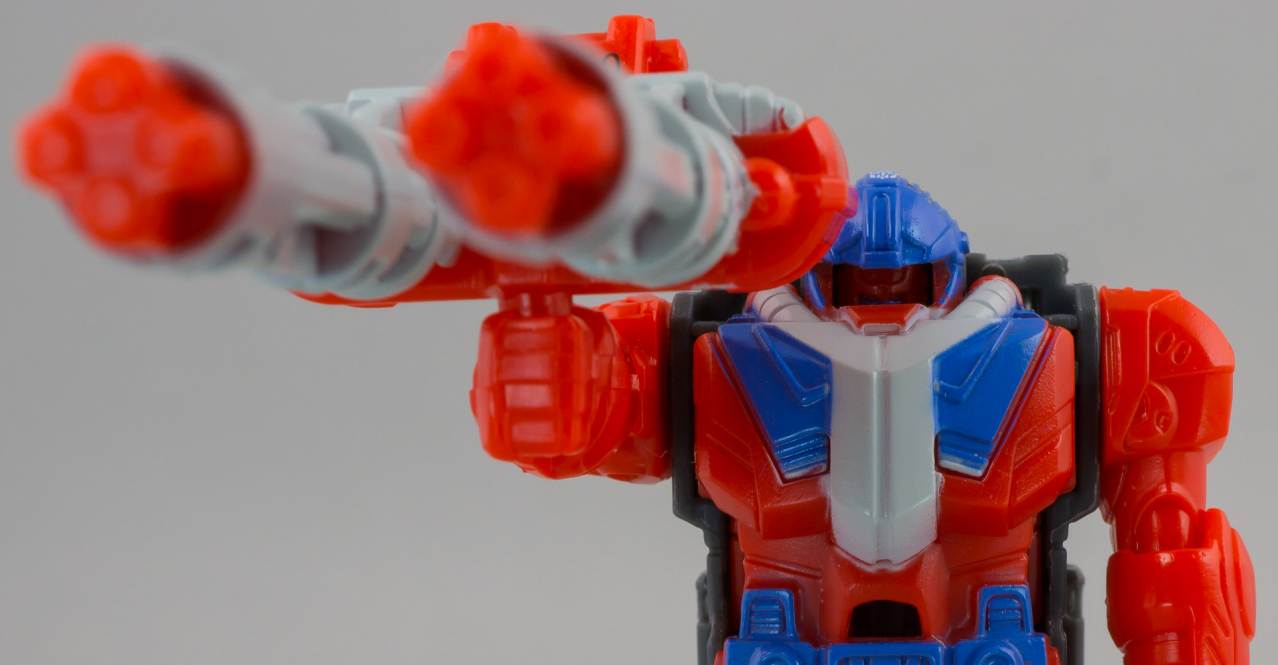 We’re kicking off our coverage of the Power of the Primes line with the Prime Masters – the successors to the Titan Masters. First up – Micronus, who comes with the Cloudburst decoy suit.

The whole idea of the Prime Masters is a nice evolution of the idea behind the Titan Masters – and using them as a vehicle to homage some of the Pretenders is inspired. The good is that the decoy suits – that’s the updated Pretender shells – very successfully evoke the look of the Generation 1 originals, and even incorporate the original gimmick. Turning into a weapon as well means they get some additional ways to interact with bigger figures. In the case of this set, Micronus is also designed to look like Cloudburst’s core robot, so the set is doubly cool for homaging most of the features of the original figure.

Compared to the Titan Masters, though, we feel the Prime Masters are slightly less fun. The Titan Master partners switched between two modes as well as a weapon, while the decoy suits are only figures with basic articulation, that turn into weapons. While the nostalgic fan in me loves these for homaging an era of Transformers I never expected to be revisited, the kid in me prefers the Titan Masters for being the more fun to play with.

The whole Spark Core concept that the Prime Masters have going on is okay – although again it isn’t quite as much fun as swapping heads on Headmasters, but that has more to do with how it is implemented on the larger figures.

We’ve rambled a bit about the concept in general here, but the short version is, Cloudburst is a cool homage to the original toy. Check out a few key pics attached to this post, and visit the gallery linked below for almost 60 shots of this set.

END_OF_DOCUMENT_TOKEN_TO_BE_REPLACED 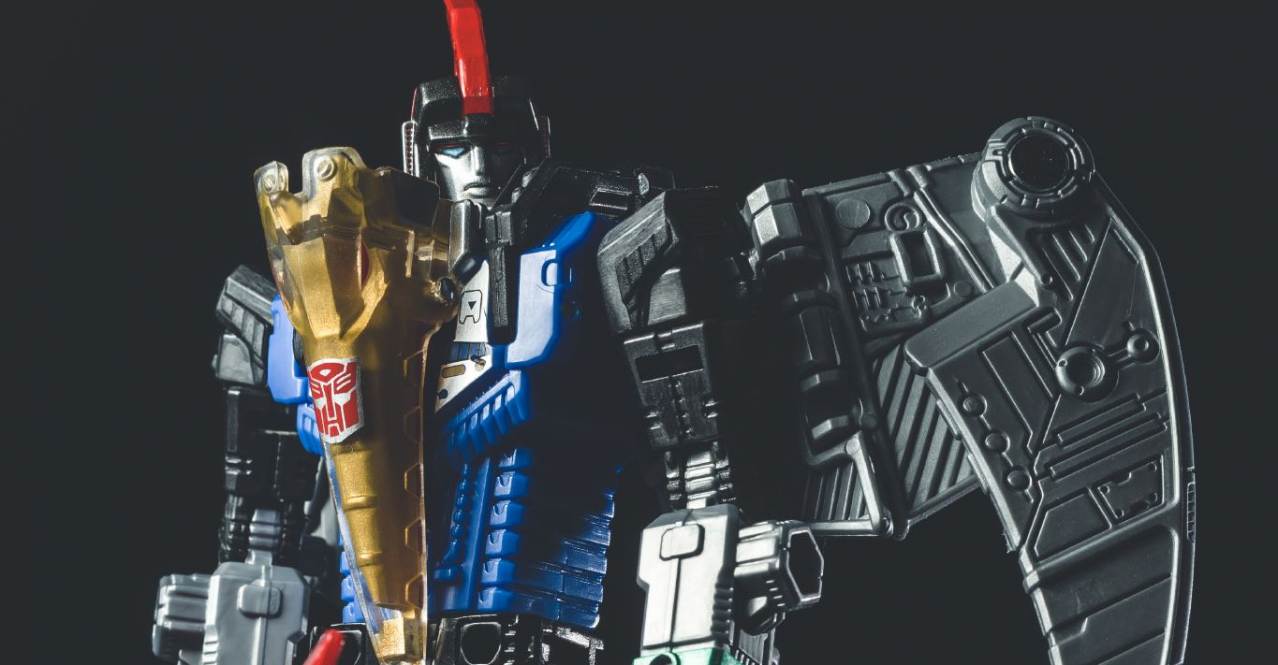 Transformers Power of the Primes wave 1 is trickling out to retail across the country, and are up for pre-order at our sponsors. To celebrate this, we are taking a quick look at several figures from the first round – deluxe class Swoop, legends class Slash, and Prime Master (class) Vector Prime. Swoop is a modern version of his G1 counterpart, sporting a flying dino mode, clear gold plastic, energon sword and blue chest. He also combines with his future Dinobot brothers to form the first Dinobot combiner – Volcanicus. Slash is an all new female Dinobot that joins her larger teammates as a raptor in classic Dinobot colors. Vector Prime is a Pretender Shell homage with the shell mimicking Metalhawk and the inner Prime Master being Titans Return Titanmaster scale. It also transforms into a weapon that larger figures can wield. All 3 are good representations of what the line will have to offer as it continues throughout 2018.

We’ve done up a quick, non-comprehensive gallery showing off what they can do. We will run these and the rest of the Power of the Primes Generations figures through their paces later on as time permits. You can check our early previews after the break though!

If you haven’t found these on the shelves yet, you can check our sponsors below:

The rest of the fandom is also sharing their pics and thoughts, so hit the links below to see what everyone is saying on the 2005 Boards!