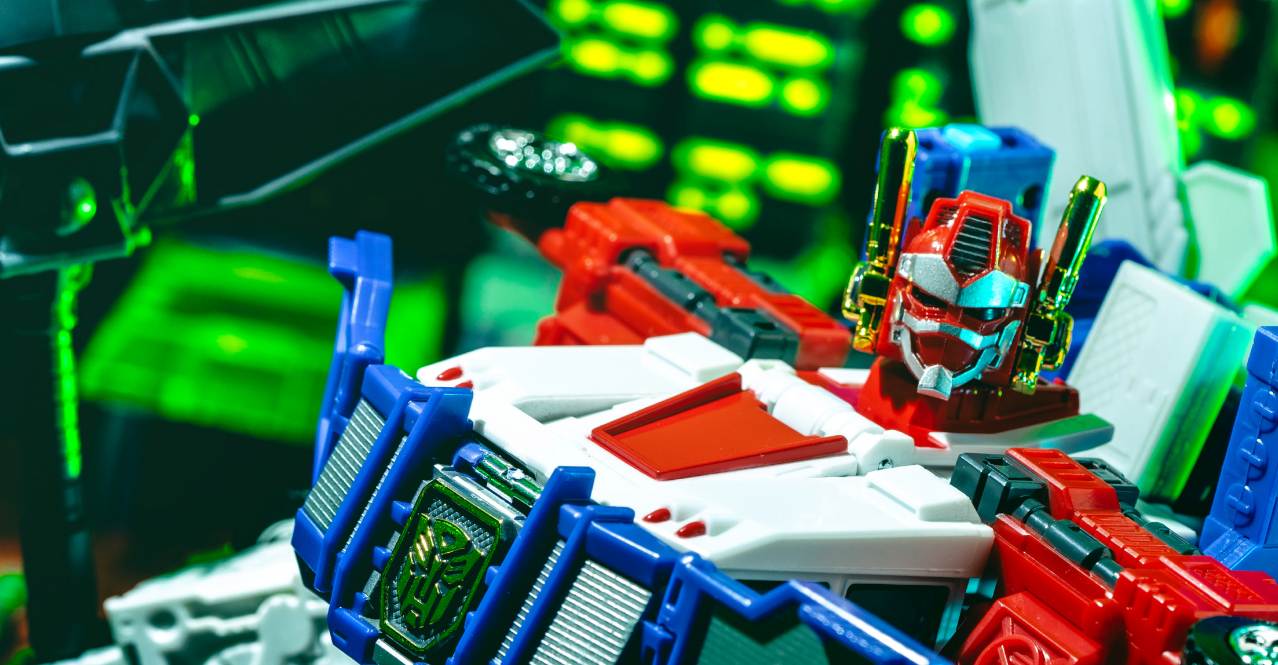 Fiah! Transformers Encore God Fire Convoy has officially landed, and this is a set I’ve been waiting for eagerly since they day it was announced.  For those that may not know, I am a huge Car Robots fan, it was the first series that started fresh after I returned to collecting.  Originally out in Japan during 2000 and the US in 2001 as Robots In Disguise, Car Robots was the return of Transformers to vehicle form after it’s Beast era run in the 90s.  New versions of Optimus Prime and Ultra Magnus in their own self-contained story coupled up with new Autobots to battle a collection of Beasts and Decepticons (slightly different telling of story in Japan, but you get the point).  While the show may not have been the best, the toys were aces and still hold their own even by today’s standards.  The ones that exemplify that are these two – Optimus Prime and Ultra Magnus.  They are large, complicated leader class toys that combined together.  Optimus even had a armored up mode and mini base by himself in addition to the Omega Prime combination.  18 years on and nothing has really been attempted or matched it in complexity at this scale.

So today we are taking a look at Takara-Tomy’s Encore release.  This is not an exact reissue, there are changes on both figures, mostly in color.  We’ll go over that and some QC issues after the break, courtesy of TFSource!

You can check over 200 images of the full set in our gallery system below!  We will add this to RIDForever.info soon!

END_OF_DOCUMENT_TOKEN_TO_BE_REPLACED 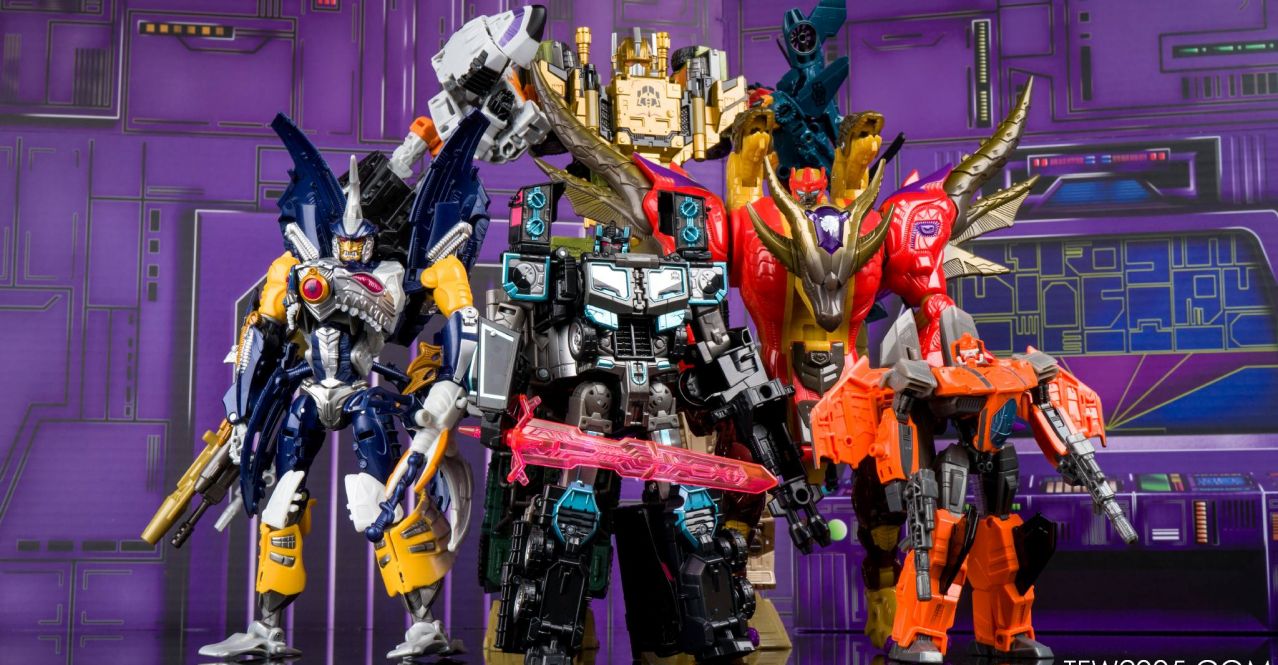 Today we are going to take a look at a figure I’ve had for a bit but who’s gallery got pushed back due to SDCC and related events. At this year’s Tokyo Toy Show a repaint of Titans Return Laser Prime was released in Car Robots / RID2001 Black Convoy colors. This is fitting because the original Black Convoy in Car Robots was a repaint of the original G2 Laser Prime. As many of you may know, Car Robots / OG Robots in Disguise is my jam, so I had to get him.

Overall it’s a really well executed repaint – the colors and tampos work well. His size and stance work much better with the recently released Unite Warriors Baldigus (RID2001 Ruination) box set than the previous Generations Laser Prime mold does. If you are a fan of the original Robots in Disguise series, Laser Prime, Black Primes or SCOURGE – he is definitely worth a pick up. If you are a fan of Nemesis Primes – then hit the bricks, you don’t deserve this. 🙂

And, obligatory plug – if you want even more Car Robots / Robots in Disguise 2001 goodness, check out our side project RIDForever.info!

Backdrop seen in pics courtesy of Extreme-Sets.com. Use coupon code TOYARK for 15% off your order!

END_OF_DOCUMENT_TOKEN_TO_BE_REPLACED 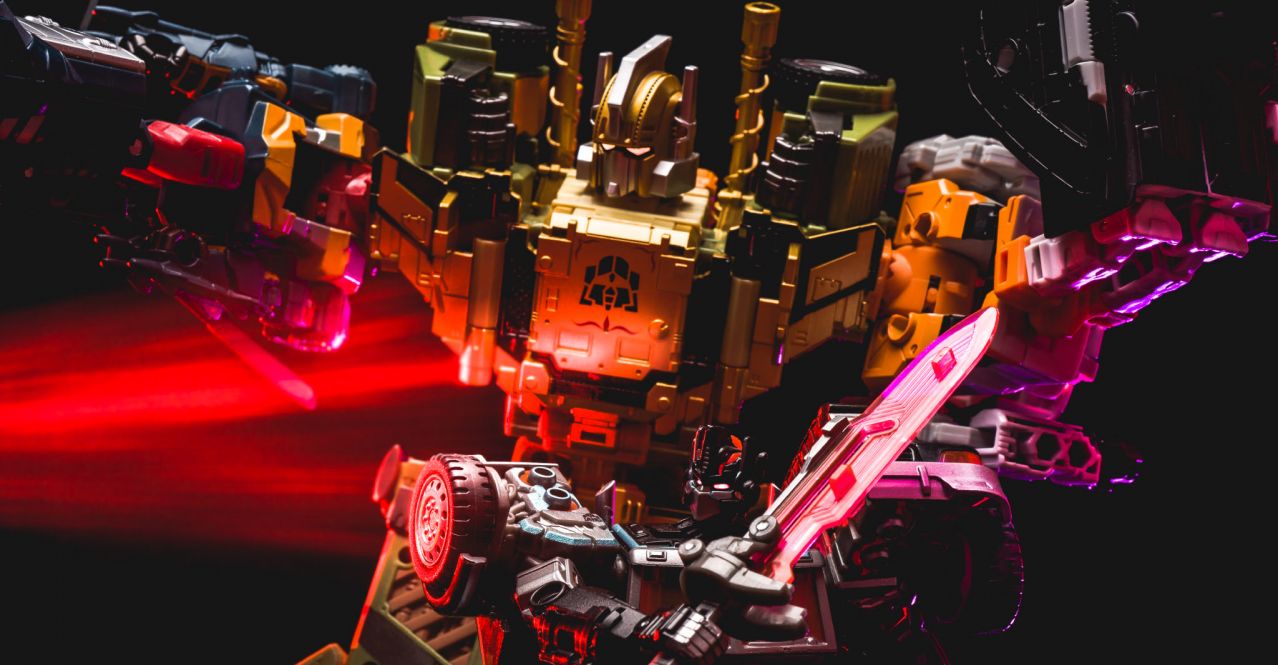 RUINATION AWAKENS! And so does Unite Warriors Baldigus. Today we are taking a look at the recently released Takara Tomy exclusive boxset of Car Robots Baldigus, or as he is known here in the States Robots In Disguise (2001) Ruination! Originally a repaint of the Generation 1 Combaticons, he’s redone again here using the Combiner Wars Combaticon figures in his Japanese specific Car Robots colors. It is a superbly executed set – it captures all the aspects someone into RID would want from the deco, it features great metallic sheen paint on key parts, the weapons combine like the original, it uses the upgraded Combiner Wars feet and hands, and it’s presentation is excellent in a single box-set offering. Pure win!

We’ve done up over 225 HD Pics of the set showing off all it can do. You can see the full series of pics over at Reflector @ TFW2005 here: TFW2005’s Unite Warriors Baldigus Gallery

And, to celebrate Unite Warriors Baldigus bringing back RID / Car Robots to the limelight in a big way, we’ve upgraded and updated our QT passion project RIDForever.info. The site is now mobile friendly, has had a slight theme change, and all pages now use the Reflector @ TFW2005 style gallery display method, so you can see all the pictures laid out on desktop or mobile. We’ve also updated the site with RID related toys that have dropped since our last update in 2011. We have some more small items to add and will do so over time.

Anyway, enjoy Baldigus and the RIDForever update. Feel free to discuss this on the 2005 Boards by reading on or join our always ongoing Robots In Disguise (2001) Discussion!

END_OF_DOCUMENT_TOKEN_TO_BE_REPLACED

TFW2005 is proud to present a blast from the past – a high res “supah cleah” gallery of Car Robots’ Lucky Draw Black Super Fire Convoy. As some of you may know, I am personally a big collector of Car Robots / Robots in Disguise from 2000/2001. You can check our side project of love, RIDForever.info for proof :). This figure has eluded me for nearly 15 years, taunting my soul every time it dropped on eBay. At Botcon 2014 I was finally able to obtain it, and am happy to share a round of pictures I hope does it justice. Read on for some additonal information and some key pics, or jump right to the full gallery here: