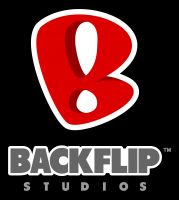 “We have made the difficult business decision to close Backflip Studios. Despite working with the studio for the past few years, we’ve been unable to find a viable path forward. While we hoped for a different outcome, all employees will ultimately be departing the organization. Affected employees have been informed and will be eligible to receive severance packages. We are also exploring potential opportunities for impacted employees that may be a fit for open positions within our broader organization. Hasbro remains committed to digital gaming in other areas of our global business as well as part of our long-term strategy and we will continue to invest where we see opportunities for growth.”

However, TFW2005 reached out to Space Ape Games; the developer of Transformers: Earth Wars, for a special statement. Despite the closure of Backflip Studios, the developer assured that the game will continue on in absence of its publisher.

“The game has been operated entirely by Space Ape for many years so the changes won’t have any impact on the game or its players. The GI Joe release will go ahead as planned and players will be able to enjoy the game for years to come.”

Hasbro acquired Backflip Studios for US$ 112 million, back in 2013.