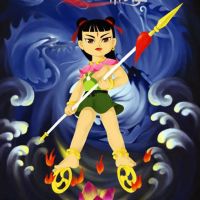 It has been a while since we last heard from the China exclusive Transformers: Nezha animated series. Speaking to the gathered investors, Hasbro CEO Brian Goldner shared some additional info about the new cartoon.

“We’re very happy to be in partnership with CCTV, on a television episodic program that will go on air later this year in prime time on national television called Transformers: Nezha. It’s based on a combination of Transformers and Chinese mythology, but the entertainment looks so good that broadcasters around the world are starting to say, “this could be something we’d take out globally” and we’re very excited about continuing to build that relationship with CCTV”.

There are several key points to take away from the above statement:

Are you excited to see Transformers: Nezha? Share your thoughts on the thread associated with this news post.