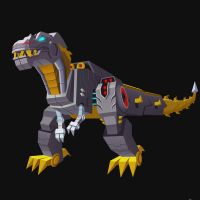 Walmart app is a goldmine when it comes to discovering upcoming toy releases. Today, we are happy to stumble upon a listing with toys belonging to Transformers: Cyberverse Season 4.

That’s right: Season 4. However, thanks to these newly discovered names, we now know that this latest season is none other than the two TV Movies which TFW2005 reported during our coverage of Festival Of Licensing.

The gimmick for the new season is ‘Roll & Transform/Combine‘, with the Dinobots taking the center stage. But, there is a very special surprise which makes this list fall into SPOILER territory.

It’s also interesting that a Dinosaur related BotBots pack is being released to coincide with the ‘Dinobots Season’.

You can check out the full list (as of this day… more toys may follow) after the jump (spoilers – don’t say we didn’t warn you), and download* the official Walmart app via Google Playstore and iOS Appstore.