We got some good news for Robots In Disguise fans in Australia. A new DVD release is coming with the Robots in Disguise: Combiner Force: The Golden Knight DVD.

Via Stack Magazine Australia, this new DVD release is scheduled for July 4th, 2018. One interesting detail, revealed via the Australian Classification Site is that the total running time is 154 minutes. This equates to around 7 episodes compared to the last volume which had only 6 episodes equating to 132 minutes. 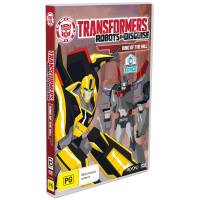 We’ve been made aware that Australia’s Beyond Home Entertainment is bringing the final season of Robots in Disguise (subtitled Combiner Force) to home formats. Australian retailer JB Hi-Fi has added a listing for the first volume of season 3, which covers the first six episodes of the season. That’s King Of The Hill – Part 1 and 2, Defrosted, Blurred, Sphere Of Influence, and Bee Cool.

This DVD is already out to let fans bring the action home – and bodes well that at least one part of the world will be able to own every episode of the show on a home format. 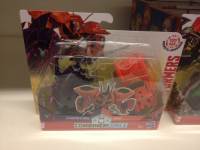 Thanks to 2005 Boards member BB Shockwave, we can report that Robots in Disguise Crash Combiners Saberclaw and Primelock Were Spotted in Hungary.

These are the last RID figures to be expected for release. We had reported them in Singapore and US retail a few months ago.  The last 2-packs bring us Saberhorn and Bisk who can combine into Saberclaw. This is the only toy representation of Saberhorn in all RID toyline. The second duo, Grimlock and Optimus Prime merge into Primelock. These last Crash Combiners sets include the “beast element” into the combination, something we hadn’t seen in previous Crash Combiners toys.

The figures were found at an Interspar store for not-so-economic 8600 Hungarian Forit, which is almost $34. Happy hunting for all our Hungarian fans out there! 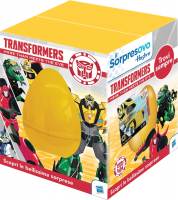 Priced at Euro 29.90, the official description (rough translation) is as follows:

Discover Transformers’ surprise for Easter. Many surprises await you to make children of all ages happy.

In the 2017 Edition of the same line of Easter Eggs, random RID toys such as a Titan Guardian, a Legion Class figure and a One-Step Changer were included inside.

END_OF_DOCUMENT_TOKEN_TO_BE_REPLACED

And so it comes that another Transformers line reaches completion, with all its toys released.

We can report that the final Robots in Disguise releases, the Crash Combiners Saberclaw (Bisk and Saberhorn) and Primelock (Optimus Prime and Grimlock) have hit US retail stores. The pair of sets make up Crash Combiners Wave 4, with the Saberclaw set notably being the only plastic incarnation of Saberhorn, who was built up as a running foil for Bumblebee in season 2 of Robots in Disguise before Steeljaw stole his spot as the villain of the Decepticon Island arc.

The two sets were spotted by TFW2005 member Slagwave in the Brown Deer Road Walmart in Wisconsin. 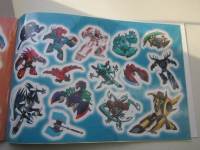 Robots in Disguise – the recent one, not the original that inspired this site back in 2000 – might be done, but there are still some interesting bits of merchandise coming out of it. Today’s case in point, Russian publisher Rosman has put out three books of stickers – two smaller ones with 100 stickers each, and a larger album with 121 stickers. What makes these interesting as pointed out by TFW2005 member Arvegtor, is that these books go beyond the usual mix of Team Bumblebee, Steeljaw’s Pack, and the Mini-Cons, and include stickers of the likes of Jazz, Zizza, Malodor, Pseudo, Micronus, Paralon, Scatterspike, Megatronus, and Octopunch. By all accounts, these books might be one of the better showcases of all the designs featured in the first two seasons of the show available. 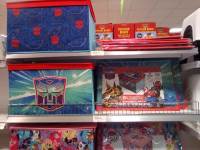 This a quite big box featuring a big Autobot insignia and some more similar decoration over it. It was found at Home Bargains in Clacton for £4.99. 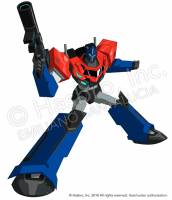 Emiliano Santalucia has updated his Facebook portfolio with a piece of artwork he did for Hasbro’s Tiny Titans line. The line was known for its blind-bagged releases and miniature depictions of Transformers both classic and contemporary, and on show here is the work he did for Optimus Prime himself. The art is a nice hybrid of the Generation 1 and Robots in Disguise (2015) versions of Optimus Prime, with the classic rifle in the hands of the modern version of the Autobot leader. Check it out attached to this post.

END_OF_DOCUMENT_TOKEN_TO_BE_REPLACED 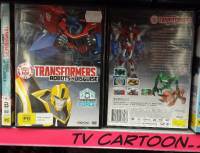 Via TFW2005 member Griffin-of-0z, we can report that the six episode “season 2.5” of the recent Robots in Disguise show has been released in Australia. Beyond Home Entertainment has collected the sub-season’s six episodes – featuring the story arc of the scavengers and the arrival of Starscream – onto a single disk, which is currently being sold in JB Hifi (with an official release date slated for 3 January 2018).

Of note is that Beyond are calling this season 3, and branding it with the Combiner Force logo, which is the branding of the actual season 3 which featured Menasor as a villain and recently finished airing. 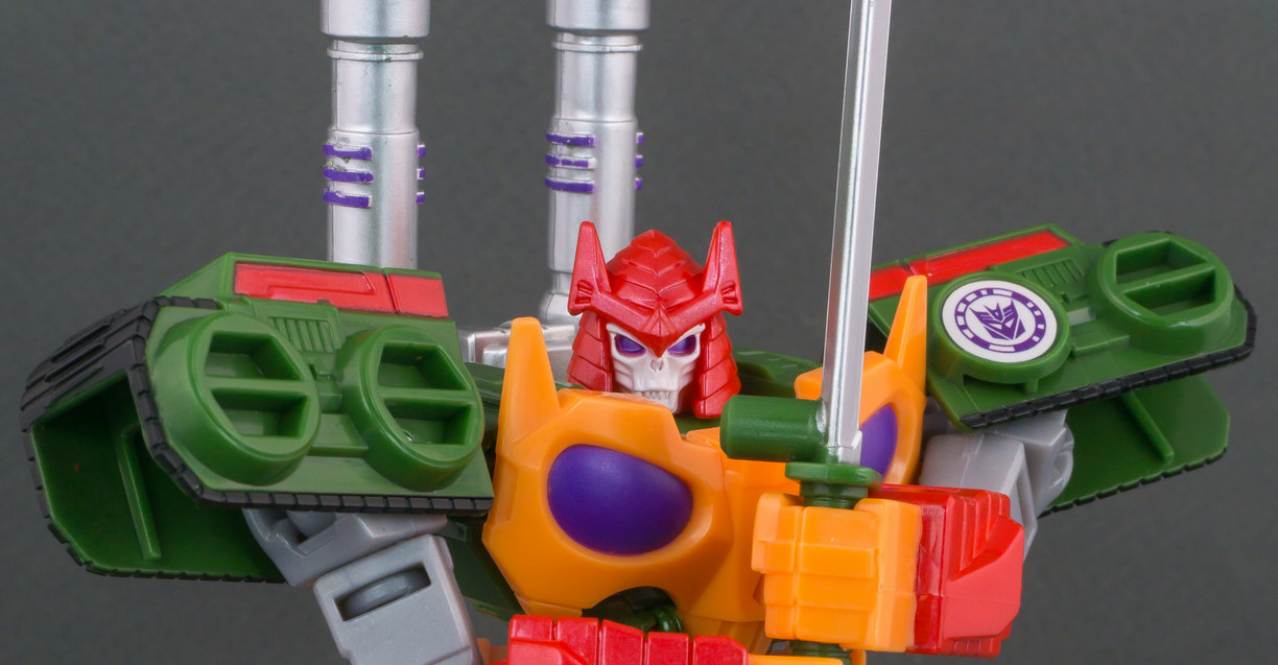 We’re back with a new gallery update for you, and we’re taking a break from the Transformers Generations line to bring you a look at a recent release in the Robots in Disguise (2015-17) line. Making an appearance in the line’s final assortment is the legendary Decepticon Master of Metalikato himself, Bludgeon!

Bludgeon is an extensive reworking of the earlier Megatronus figure, with the majority of the robot’s upper body reworked, including new arms, a new chest, and a new head. While he shares this tooling with Blastwave, who was released first, I think we all know that actually it was Bludgeon who this mold was meant for, and he pulls the look off well, being a nicely realized reincarnation of the character. The tank cannons on the back are a nice feature, as they tilt forward to allow for some over-the-shoulder firing poses, and they can also be handheld as a massive gun. Bludgeon also includes his signature sword, and has enough poseability to pull off some decent swordfighting poses. He’s far from perfect, though, as the tank mode leaves the fists exposed – and there’s really no reason other than parts count as to why they could not be made to fold in. The tank mode being a more cartoony sci-fi H tank rather than a more real world design might not appeal to all, either.

Overall though, it feels like with Bludgeon Robots in Disguise was saving a great toy for last. We like him, and we hope you’ll enjoy perusing our gallery of him.