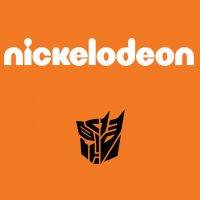 Icon Creative Studio in Canada will handle the animation work of the upcoming Nickelodeon–eOneTransformers series.

According to an info we received, the show will be in 3D CGI; much like Icon’s previous work. Hasbro’s own Boulder Media Limited will take care of the BotBots animated series.

The studio is know for several stunning animation jobs for titles such as Elena Of Avalor, Disney’s Monsters At Work, and Kong: King Of The Apes.

Official website of Icon Creative Studio has been updated with a placeholder poster for the Transformers show (featured with this news post), and they are also hiring new animators for the job.

Description: Based on Hasbro’s iconic global property, the original animated series co-produced by Nickelodeon and Hasbro’s entertainment studio eOne will follow a new species of Transformers who must find their place and purpose among Autobots, Decepticons, and the human family that adopts them.

You can check out some of the work they’ve done, after the jump. We wish great success for Icon Creative Studio.