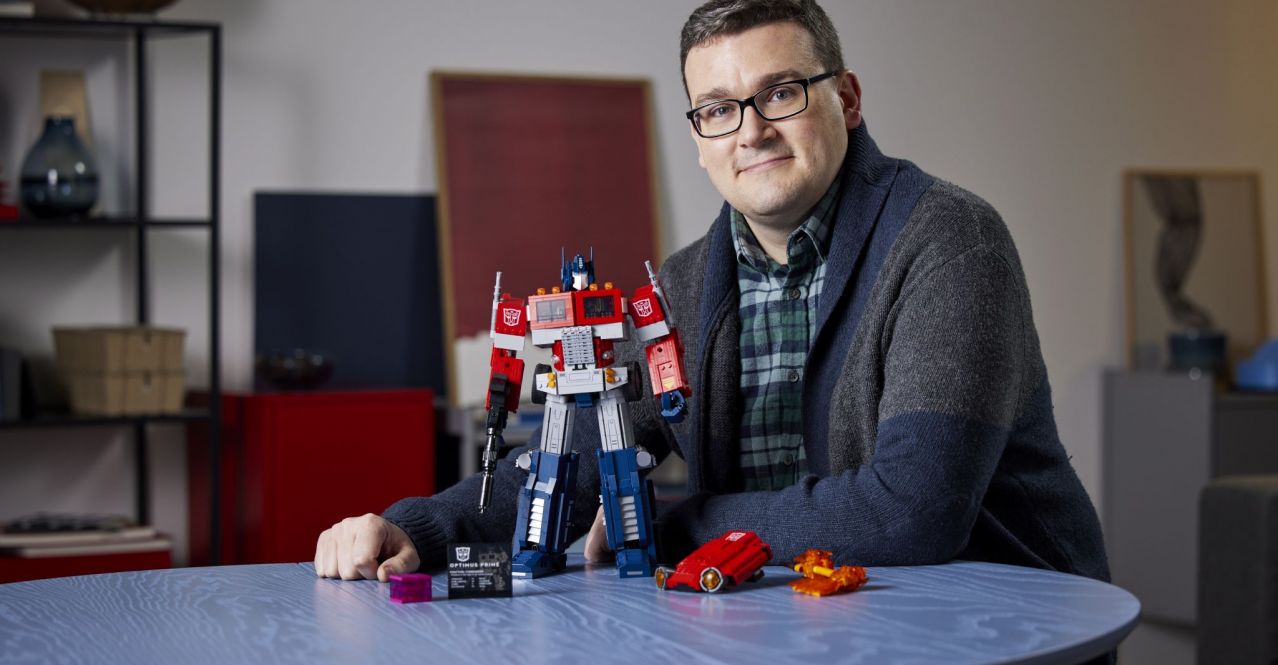 False start, 5 yard penalty, repeat first down. After a hiccup yesterday, LEGO and Hasbro have officially revealed an epic collaboration for G1 Optimus Prime in LEGO form.  The 1,500+ piece LEGO set will convert from robot to truck and back without taking things apart. He comes packed with his Ion Blaster, Energy Axe, Jetpack, Energon Cube, and Matrix of Leadership. Retail is $170 USD and is due to go on sale June 1st 2022 at LEGO.com/optimus and LEGO stores.  Read on for all the official copy, pics and reveal trailer!

END_OF_DOCUMENT_TOKEN_TO_BE_REPLACED

This a new variant of this Universal exclusive Kreon pack which includes Megatron, Optimus Prime, Bumblebee and N.E.S.T Sentry. This character replaces Evac from the other previous variants.

Thanks to the information shared by convoy84 and Nevermore, we can also confirm that this means that the Universal Studios Transformers The Ride gift shop is no longer selling Evac figures. Other related merchandising to the character is still available though.

Click on the bar to see the mirrored images of this new set after the jump. Then join to the discussion on the 2005 Boards for images of the previous packs as well as all information related to them.

We thought Kre-O was over, but apparently we were wrong. Some new images posted on Facebook by Eddy Melendez and reposted by Autobase Aichi have revealed a new series of Robots in Disguise themed custom Kreons. There are four characters in the assortment: Optimus Prime, Bumblebee, Grimlock, and Sideswipe; and each of the four comes in three different flavors: Armor Up, Blizzard Strike, and Night Strike. This essentially means each set has three different decos, the parts with each set are the same. According to Autobase Aichi’s report, these were produced in December 2016 but are only just coming to light now, and it’s noted the source is the same as the previous Battle Changers report – so these too might be creeping into Dollar General stores?

Check out the images of the sets attached to this post. 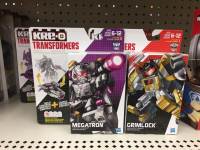 The Kre-O line continues! Albeit, via dollar store locations! If you’ve been on the virtual hunt for the latest Kre-O Battle Changers figures, Dollar General stores may be your best bet to lock them down. According to a post by user in the closed Facebook Group for TF-wiki Fans, he has found the new Ironhide and Megatron figures at a Dollar General store in Ceres, California.

Click the title bar to read more and check out the photo proof. 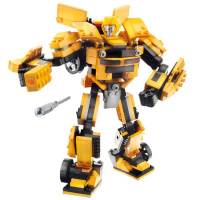 Hot on the heels of The Bumblebee Movie logo trademark, Hasbro has applied for another brand new Transformers related Trademark at the United States Patent And Trademark Office.

What’s interesting is the fact that the trademark description is very descriptive unlike previous Transformers trademarks.

We currently do not know for what purpose this new trademark will be used but there may very well be electronics involved along with a construct-able functionality similar to what Lego has to offer with their Technics line.

Amazon has updated with three new listing for Transformers books due out in 2017.   Check the details below!

From the pages of Transformers, G.I. Joe, Rom, M.A.S.K., Micronauts, Action Man, and Revolutionaries comes the ultimate guide to the heroic and villainous champions of Hasbro!

The new post-Revolution universe’s biggest movers and shakers from Acroyear to Zarana are all here in detailed bios and astonishing art by today’s top talent! Plus, three back-up stories that expand upon the new lore of the shared universe; fantastic spreads of the bases of G.I. Joe, Optimus Prime, and the Micronauts; and if you look closely, hints of things to come!

Transformers: Rise of the Autobots

Long before there were Autobots and Decepticons. Before Optimus became a Prime he fought for order. Before Megatron became a conqueror, he fought for freedom. Before they were enemies, they stood against Autocracy. Watch as both become the leaders they were destined to be in this event five million years in the making!

Tips for Kids: Transformers: Cool Projects for your Lego Bricks

•Comprehensive and easy-to-follow step-by-step instructions
•Learn how to build your own new faction of alien robots in disguise!
•The perfect present for budding builders who are also Transformers fans

Fed up with your existing collection of Transformers and their old gimmicks? Why not create some new ones with special characteristics, just based on your home collection of Lego bricks? Comprehensive and easy-to-follow step-by-step instructions provide guidance on how to build your own new faction of alien robots in disguise!

This holiday season, Hasbro is bringing us several stories of their employees working on many brands at Hasbro.

Titled as ‘Hasbro Stories’ one of the episodes revolve around Carlos; an Enginerd (Engineer + Nerd) who is working for the Transformers Franchise.

Carlos, who is also knows as Mr. Secret Rock Star seems to have an impressive collection of Kre-O Transformers Mini-Figures (remember Kreons, everybody?) inside his cubicle. He says his job is to bring smiles to everybody.

It’s a wonderful webseries, which brings us closer to the people behind the toys we buy.

Check out the video, after the jump. #HasbroStories

END_OF_DOCUMENT_TOKEN_TO_BE_REPLACED 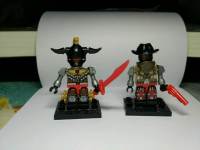 We’ve learned that a seller on Taobao has listed several sets of previously unreleased Kre-O Warrior figures. The Kre-O Warriors took various Transformers characters – in this case, Optimus Prime, Bumblebee, Grimlock, Ultra Magnus, Megatron, and Starscream – and case them as various warriors from across various historic civilizations. What we are seeing here is a previously unseen – and most likely cancelled – third assortment of the Warriors.

Also on show is a similarly cancelled or released in limited numbers Soccer Bumblebee, who was probably intended as an event giveaway like the Winter Optimus Prime.

None of these are known to have had a release, and with no official word on Kreo for over a year now, are presumably not going to see a mass release going forward.

The Kre-O Transformers line might be on the backburner right now, with no new releases planned, but for Kre-O collectors, we can report what might possibly be the next best thing. The Kre-O Microchangers Wave 1 and 2 have been reissued, and with the new issue comes a host of alterations to the base figures. These alterations include changes to the moldings of the parts, along with changes to the tampographed decos.

The new issue of the Microchangers, found in Family Dollar and Dollar General, use the new 2015 Kreon body style, which is completely different to the body used on the original release of these figures. Changers include featuring raised hands like a Lego Minifigure, shorter height, flat arm ends, shorter arms, shorter legs, and maybe even smaller heads. In other words, the figures seem slightly smaller overall.

If you missed these guys originally, this will be a great way to pick them up. If you’re a completest, this will probably be a nightmare – since none of the new blind bags have ways to identify the contents. There’s some shots comparing the two versions along with more information, courtesy of M Sipher on Twitter. 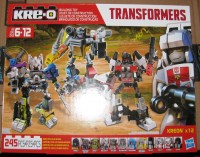 Here’s an oddity to report. The Kre-O Combiners were released a few years ago now, but they have recently got a new release in the form of a giftset that’s offering three of the Combiner sets in a single box. This set, spotted in a Dollar General in Pennsylvania by TFW2005 member engledogg, collects the Kre-O combiners Superion, Menasor, and Bruticus in a single box set. It’s not known if there’s any differences to these three over their original releases, and at $12 they’re a great way to catch up on these releases, particularly Menasor who was harder to find on his previous outing.

Also spotted at the same time was the Kre-O Beast Hunter Optimus Prime. Again, this seems to be the same set as the one previously available alongside Transformers Prime Beast Hunters, however, it’s a new packaging variation with the current red and white Transformers logo on the box, so it’s a new run.

Will more “new” Kre-O sets appear in the wild? Watch this space for more updates.