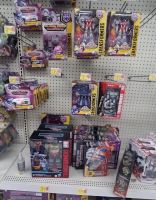 2005 Board member Talib1980 has shared with us a post he found in a Facebook Transformer group confirming that the Wave 2 of the Walmart exclusive Retro Headmasters have been found at US Retail. The new wave was found at a Santa Ana, California Walmart. The 1st wave was found just over a month ago. This wave includes Weirdwolf, Highbrow and Skullcruncher. These re-releases of the Titans Return figures feature new decos and headsculpts and come in delicious G1-styled packaging!

Share your sightings in the thread or in your locations respective Sightings thread! 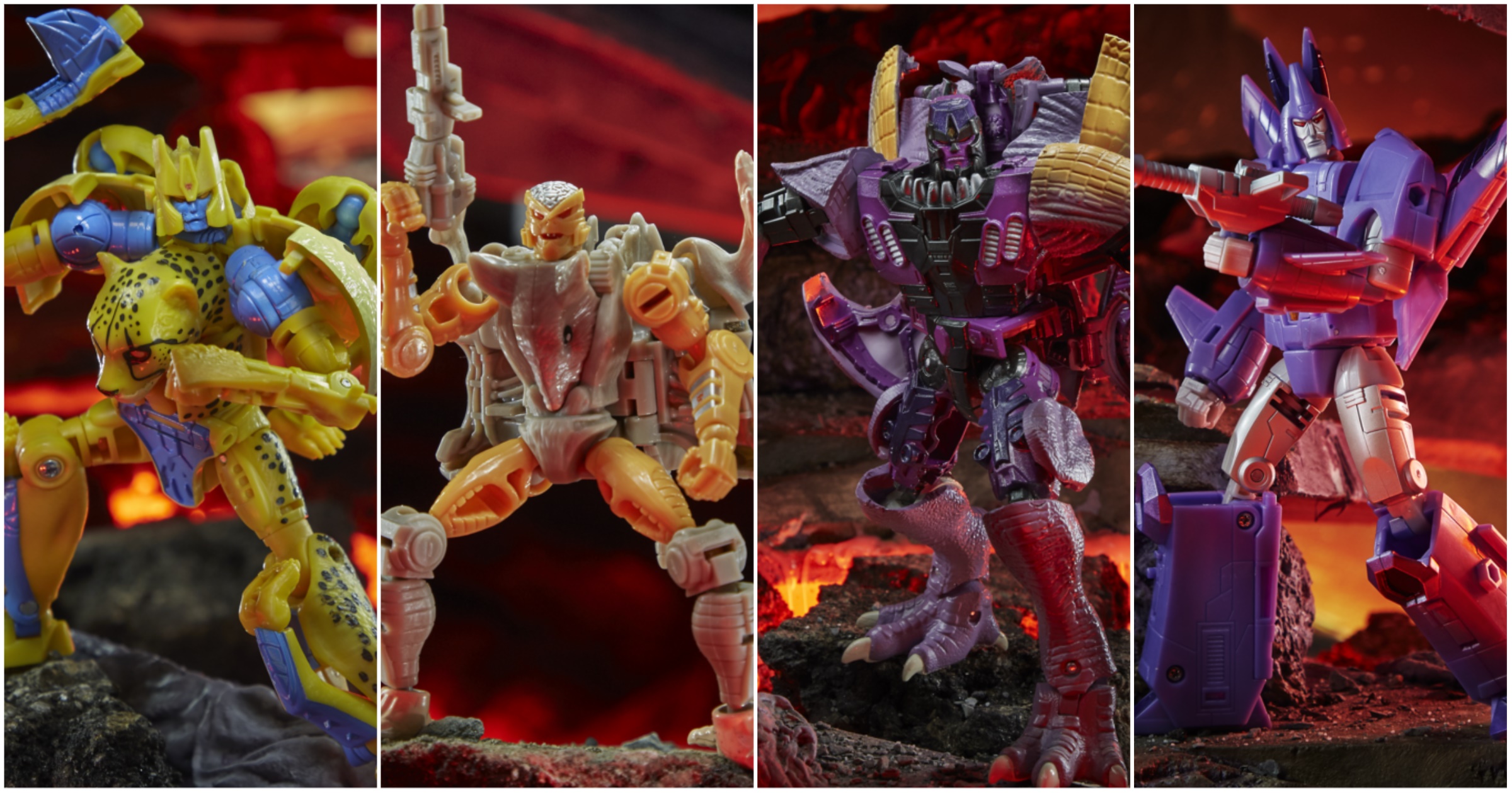 Just ahead of Pulsecon this weekend, Hasbro has officially revealed the next line of Generation figures via IGN.com. For your viewing pleasure we have official images of the following:

All four figures look great and we are sure they will please both Beast Wars and G1 collectors. Get ready for more reveals at the Transformers Saturday Toy Panel at Hasbro PulseCon! Pre-orders begin on 09/26/2020 at 5:00pm ET on Hasbro Pulse.

Click the title bar to review the official descriptions of the figures and join the discussion on the 2005 Boards!

END_OF_DOCUMENT_TOKEN_TO_BE_REPLACED

With a mere hour until the Fan First Friday event on the Hasbro Facebook page, we have some potential reveals ahead of time thanks to Planet Iacon on Facebook. Two rumored two-packs, both expected to be Amazon exclusives, have been shown and they’re both very exciting. First is Ironhide and Prowl with Ironhide apparently being an extensive retool of his Siege counterpart and Prowl is a retool of the upcoming Earthrise Deluxe Smokescreen figure. Second is Dirge & Ramjet both being retools of the Earthrise voyager Starscream mold. Will both of these two packs be revealed in the next hour? We’ll see shortly! In the meantime, enjoy what may be a sneak peak!

Walmart’s official website has been updated with an advert, announcing exclusive Transformers reveals to coincide with an event titled Walmart Collector Con.

The reveals are planned to happen on July 17th at 10am EST.

Some of the exclusive brand reveals: 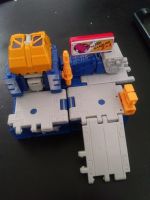 Thanks to 2005 board members Un_Chakal and The Kup for sharing with us in hand images of their recent acquisitions of the recently revealed and upcoming Generations Selects Exhaust and Greasepit. These images reveal both figures’ alternate modes. While our first Greasepit looked as if he would be a slight remold of Earthrise Ironworks, these new images reveal his alternate configuration with new parts. This combination makes a pretty good gas station mode just like the G1 Micromaster base. Exhaust is shown in several pictures showing his sleek vehicle mode as well as a comparison to Siege Megatron.

Both figures are looking sharp. Will you be adding them to your collection? Sound off on the boards! 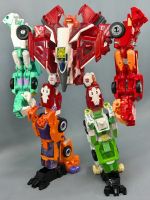 Well, it took awhile, but we finally have our first look at what this team looks like in their intended combined form! Last year, we saw the release of Voyager Elita-1, along with Deluxes Nova-star and Moonracer, in the Power of the Primes Generations line. After the line concluded, fans were left wondering what happened to the other two limb components? Thanks to the Amazon exclusive release of Greenlight and the upcoming Generations Select release of Lancer, we finally get to see the combined mode of all five female Autobots – Orthia! These images come courtesy of the Gen Zero Facebook group. Also shown are comparison shots of the whole team together in vehicle and robot mode. The team looks great together, showing off a variety of color. There’s even an additional photo of the group with Siege Chromia (whose mold uses similar engineering sans a combiner port).

Check out the images after the break. 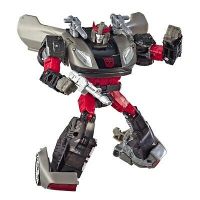 Following up on our story yesterday which revealed some stock images for the upcoming Siege Bluestreak, we now have more, very clear images of the upcoming figures. These images come from an ebay page and show clearly how well this mold suits the character. As revealed yesterday, you can see the packaging gets a slight tweak and is branded with a big bad “35” on the side. No word just yet on how this figure will be released – whether it’ll be a major retail release or online exclusive. But keep it here and we’ll update as more information becomes available.

Check out the pics and join the discussion after the jump. 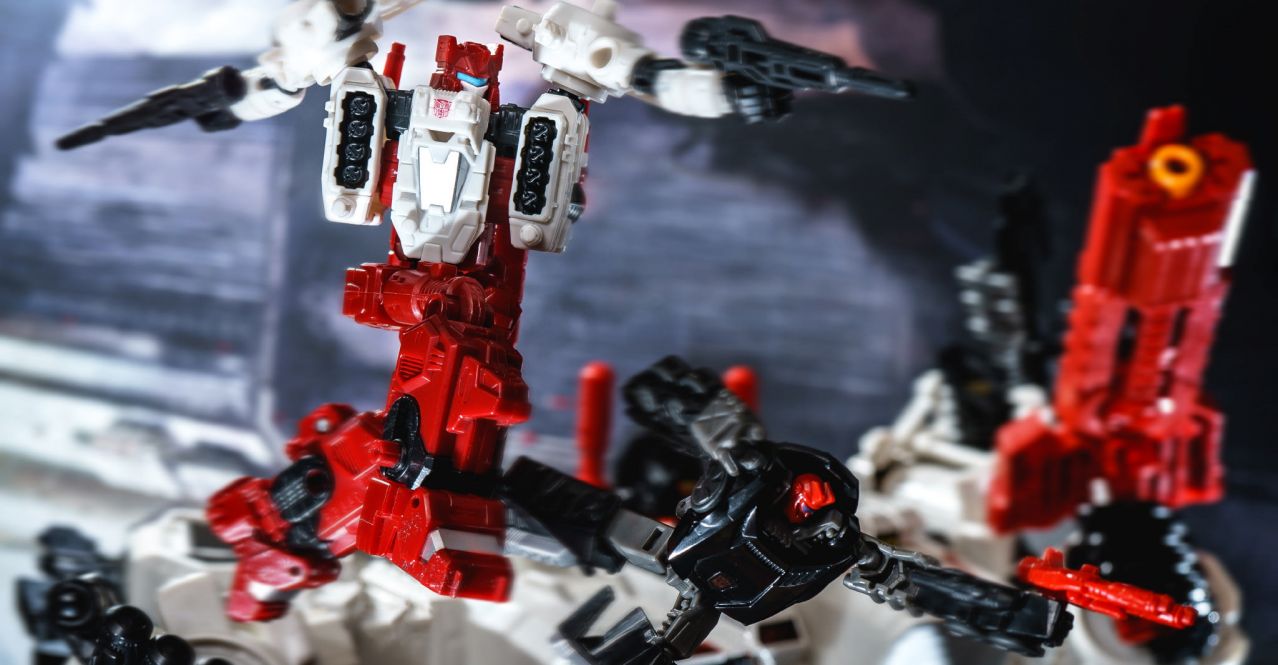 More WFC Siege! I wasn’t joking when I said I was actually grabbing off the shelf main line figures this year 🙂 Today we are sharing the gallery for Deluxe Sixgun, a recently released Deluxe wave 2 figure. He comes packed along with Ironhide, Chromia and Prowl. I was looking forward to Mr. Sixer specifically though because I was/am a big fan of Generations Metroplex, he’s been a centerpiece on the top shelves for a while and always thought he deserved his crew. Now we have Sixgun and Scamper, so come on Hasbro, give us that Slammer. 🙂 Sixgun has a traditonal robot mode with lots of inspiration from the original, breaking down into more than six guns this time, lots of weapon based parts can be reconfigured and attached to other Transformers. He also has a vehicle mode this go round too. Really great upgrade that homages the original gimmick.

On top of Sixgun which is more fresh, we also added base shots for Voyager Optimus Prime and Deluxe wave 1 Hound. I’ve had these here for a bit and decided to at least run some basic shots since I was in a full Siege shooting session.

They’re in stock and shipping now!

END_OF_DOCUMENT_TOKEN_TO_BE_REPLACED 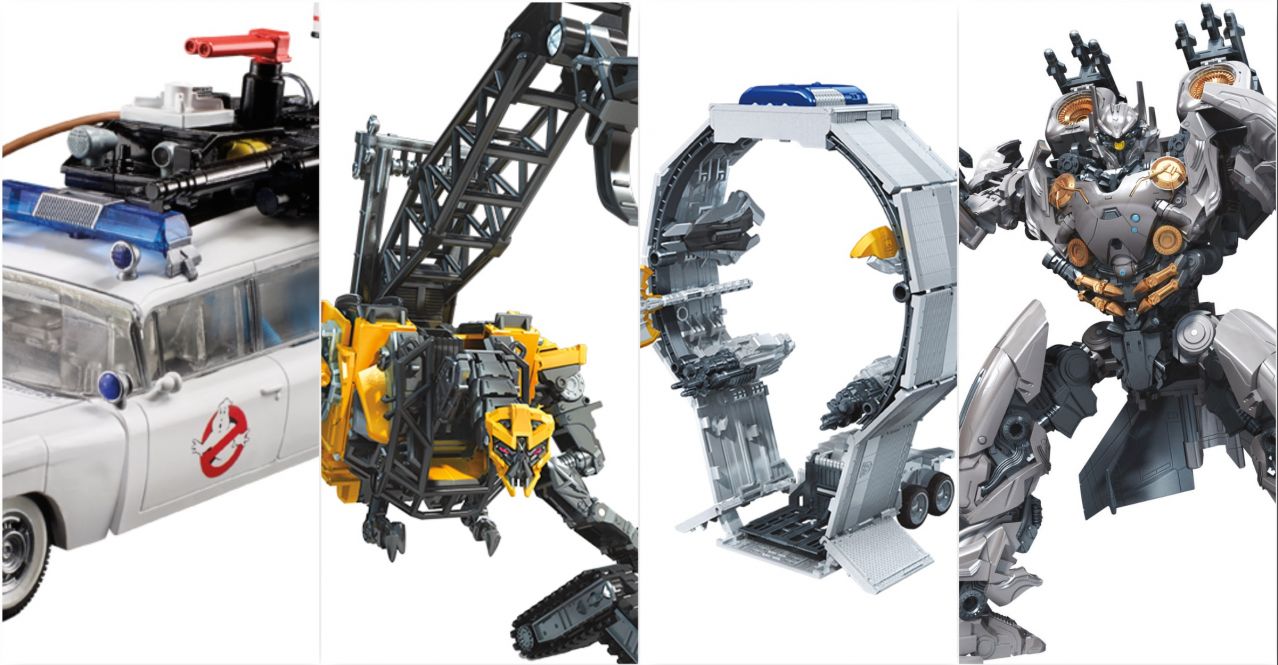 And here are the official details and product images for 2019 Transformers Studio Series figures. Also included are details for the Transformers x Ghostbusters Ecto-1 Ectotron figure. Read on to check it all out!

END_OF_DOCUMENT_TOKEN_TO_BE_REPLACED

The Siege begins! The latest iteration of the ever-popular Generations line, War For Cybertron:Siege, has started to show up at US retail. 2005 board member GiganGoji has found Firedrive at his local Target in Washington. Firedrive, Blowpipe and Lionizer make up the first wave of Battle Masters which are the new $5.99 price point for the line. Each Battle Master turns into a weapon for a larger Transformer to wield and come with effect parts.

You can check out the photographic proof after the jump.