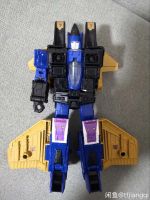 Via Weibo user @tfjianggqi we have what seems to be our first look at Earthrise Dirge.

As usual, take this with a grain of salt until we get an official confirmation. We have an image of the robot mode (missing/hiding an arm) and it looks like a remold of the Earthrise Thrust mold we saw some time ago.

Click on the bar to see the mirrored image on this news post and then sound off on the 2005 Boards! 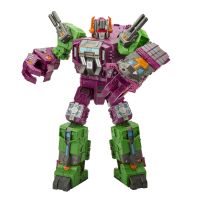 Courtesy of friend site and sponsor Dorkside Toys we can share for your some great new stock images of several upcoming Transformers Earthrise figures.

We are sure your optics will be pleased with these new shots, showing off the robot and alt mode of each figure as well as close ups of their components and parts.

Enjoy all these new images attached to this news post after the jump as well as a new official Doubledealer transformation video. Ready to add these new figures for your collection? Let us know  your impressions on the 2005 Boards!

END_OF_DOCUMENT_TOKEN_TO_BE_REPLACED 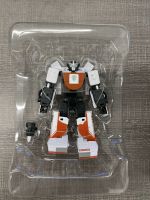 Via two Ebay / auctions we have our first look at the new Generations Selects Exhaust and Greasepit for your viewing pleasure.

GS-11 Exhaust is a remold and redeco of Earthrise Deluxe Wheeljack based on the Diaclone figure that became Wheelback, better known as “Marlboro Wheeljack” (which also had a Masterpiece toy recently). The figure features a new head and , while the instructions sheet labels him as a Decepticon, we can spot a different insignia on his chest. This the Mercenary symbol that was first introduced in the Transformers Trading Card game and it was supposed to be part of the Earthrise line too.

We learned about these characters while back in February thanks to some Toys”R”Us Canada listings.

Not much left to say, so click on the bar to see the mirrored images on this news post and then sound off on the 2005 Boards!

Attention! A few minutes ago, the official Netflix Facebook account have uploaded a new promotional video of Netflix’s War For Cybertron: Siege cartoon and they have finally announced the official premiere date:

There was some concern about fans since the series was supposed to start by June this year, but we confirmed it was officially delayed. Now we finally have to wait just few more weeks to finally watch the newest Transformers cartoon!

Watch the new promotional video below and then sound off your impressions on the 2005 Boards!

END_OF_DOCUMENT_TOKEN_TO_BE_REPLACED 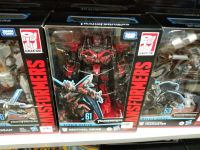 It’s time for our usual international weekly sightings round up thanks to the reports of 2005 Boards members all over the world. This week some new Cyberverse and Earthrise toys have been spotted in Germany, and with stores opening again in the Philippines new Studio Series figures are available.

To all fans and collectors, hunt safe and take care. 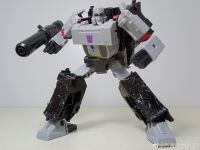 Via Weibo user 杰迪骑士B127 we can share for your new in-hand images of the Transformers Earthrise Voyager Class Megatron.

This figure is heavily based on Siege Megatron toy, and brings us a more Earth-like tank and a very G1-inspired robot mode. The Earthrise collection adds the ruthless Decepticon leader into its ranks.

Enjoy the images after the jump and then share your impressions on the 2005 Boards! 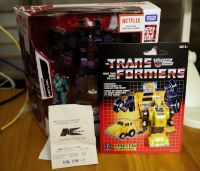 Attention fellow Transformers collectors in Australia! 2005 Boards member The Madness is giving us the heads up that the new Netflix’s War For Cybertron Deluxe & Voyager Class and G1 Minibots reissues are out in Australia.

War For Cybertron Deluxe Chromia, Sideswipe, Hound, Scrapface, Mirage and Voyager packs Hotlink with Heatstroke & Heartburn, and Megatron with Pinpointer & Lionizer are available in several Kmart stores. These figures are exclusive to this chain.

To top it all, Australian shelves also got G1 Minibot reissues. Bumblebee, Tailgate, Outback and Swerve have showed up at Kmart stores too.

Thanks to Jon Toy Review on Youtube, we can share for you a good set of images of the new Transformers Earthrise Deluxe Class Hubcap for your viewing pleasure.

We had seen our first leak of this figure last month, and now we finally have a closer look at this remold and redeco of Earthrise Cliffjumper. The new Earthtise Hubcap features a new head and 3-part gun. This figure really catches the spirit of the old G1 Minibot. We still have no concrete information about Hubcap’s release, but rumors point that he will be offered in the Generations Selects line.

Check out all the images on this news post, as well as a video review, after the jump. Let us know your impressions on the 2005 Boards!

To our surprise, via 1 Toy Malaysia, we can share for you our first in-package images of the new Transformers Alternate Universe Optimus Prime.

This is our first look at the box of the previously leaked gray and black redeco of Earthrise Leader Optimus Prime with a new battle damaged head. The closed box resembles Optimus Prime chest with one broken window and the other one showing Hot Rod, Ultra Magnus and Arcee in a clear reference to Prime’s death scene from the G1 Transformers movie. It also confirms that the correct name of this release as Alternate Universe Optimus Prime. Curiously, the box only has the “Transformers” logo on it,

Update: Twitter user @chrisrtxv confirms that this figure is an Amazon Prime Day exclusive and it’s now up for pre-order on amazon U.S. via the wishlist method for $49.99 and expected for release in July 15th.

Check the new images after the jump and then sound off on the 2005 Boards!

Thanks to PrimeVsPrime on Youtube, we can share for you our first set of in-hand images of the new Transformers Earthrise “Cybertronian Villians” Decepticon Clones 2-Pack.

These are reissues of the Titans Return Ponce and Wingspan molds. We have a look at the new Earthrise packaging (with the figures packed in robot mode) as well as the included Cybertronian map. There are shots of each clone in both modes and comparison shots next to Earthrise Cliffjumper. This 2-pack will be released as a Target exclusive in the US.

This is a good chance to grab the Decepticon clones since they were kind of hard to find when they were originally released. Pounce was available only in the online exclusive “Siege Of Cybertron” multi-pack and Wingspan was sold in a 2-pack together with Cloudraker as a Walgreens exclusive.

Check out all the images on this news post, as well as PrimeVsPrime video review, after the jump. Click on the discussion link below and let us know your impressions on the 2005 Boards!