Takara Tomy website have updated their Legacy Velocitron Speedia 500 listings with the second part of their new manga/comic which introduces the characters for the Japanese market.

Illustrated by artist Hayato Sakamoto, this 2-page manga features the second wave of Takara Tomy Mall exclusive Velocitron Speedia figures for the Japanese market. RID Scourge, Override, and Clampdown take the lead on the race while Cosmos is watching closely to announce the winner. If you missed part 1 of this manga, you can find it on this link.

See the mirrored images after the jump (only in Japanese text at the moment) and share your impressions on the 2005 Boards.

END_OF_DOCUMENT_TOKEN_TO_BE_REPLACED 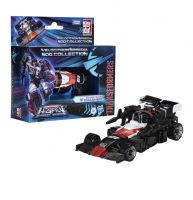 Courtesy of our very own Jtprime17 we can share for you some additional stock images and the full product descriptions of the new Transformers Velocitron Speedia 500 Collection Wave 2 Deluxe Crasher & Shadowstrip.

We have some additional packaging images to add to our previous stock images gallery we shared earlier. To top it all we know have the official product description of each new character.

Read the complete text after the break and then join to the ongoing discussion on the 2005 Boards!

END_OF_DOCUMENT_TOKEN_TO_BE_REPLACED 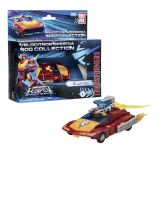 TFW’s Jtprime17 has yet another piece of news for us this evening, that being our first look at the upcoming Velocitron Voyager Hot Rod!

The photos he’s provided us with show off the figure’s packaging as well as his robot and vehicle modes along with his accessories. Hot Rod appears to be a redeco of the previous SS86 Voyager figure in slightly darker, more G1 toy-inspired colors.

Check out the images after the break and let us know what you think! 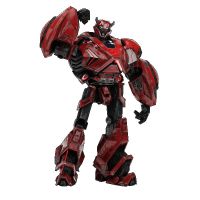 TFW’s Jtprime17 has come through once again with some more 2023 Transformers listings! This time we have Studio Series Deluxe WFC Cliffjumper, ROTB Mirage and ROTB Nightbird!

Cliffjumer is added to the list of WFC figures slated for next year (presumably sharing molds with the WFC Bumblebee that was discovered earlier this year) and the two movie characters will help fill out the ROTB cast. Hopefully we’ll be seeing all three sooner rather than later.

Check it out and let us know what you think on the boards!

Via In Demand Toys website we have our first stock images of the new Transformers Velocitron Speedia 500 Collection Wave 2 Deluxe Crasher & Shadowstrip.

We have a clear look at the packaging, robot and alt mode of the next Velocitron Deluxes. Both Crasher and Shadowstrip were found recently at New Zealand retail a few days ago. Shadowtrip is an elegant black and gold redeco of the Legacy Dragtrip mold inspired by the unreleased G2 Dragstrip colors and Crasher is a redeco with a new head of the War For Cybertron Mirage mold.

We are yet to see an official reveal of both toys but you can see the new stock iamges after the jump. Let us know your impressions on the 2005 Boards!

END_OF_DOCUMENT_TOKEN_TO_BE_REPLACED 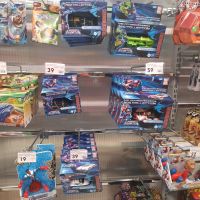 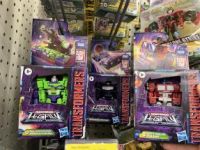 Via friend site Cybertron.ca we can report that the Transformers Legacy Wave 2 Core has been released in Canada.

The weekend leaks continue! TFW’s Jtprime17 comes to us once again with a few more 2023 Transformers listings – this time we have Studio Series Voyager WFC Optimus Prime, Deluxe ROTB Wheeljack, and RED Soundblaster!

Of note, Optimus should go nicely with the Voyager WFC Megatron that was discovered last night.

Check it all out and let us know if you’re interested on the boards! 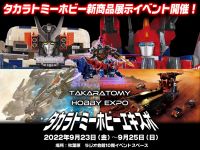 The official website of the event reveals that Takara Tomy will be showing several new and upcoming product for their main franchises like Zoids, Diaclone Reboot and Transformers of course. So far, the recently revealed Masterpiece MPG-04 Trainbot Suiken and the Haslab Victory Saber (production sample) figures have been confirmed to be on exhibit, in addition to the latest products from the Masterpiece, Masterpiece Movie, Transformers Legacy, and Studio Series.

The event will be held at the Akihabara Radio Hall in Kanda, Chiyoda-ku, Tokyo from September 23 to September 25, 2022, free admission for all visitors.

Stay tuned with TFW2005 for more updates! See the first promotional images after the break and then let us know your impressions on the 2005 Boards!