END_OF_DOCUMENT_TOKEN_TO_BE_REPLACED

Today, as fans across the US celebrate Thanksgiving, Transformers fans everywhere are giving thanks for a much beloved Transformers series. Yes, we couldn’t believe it either as it doesn’t feel like it’s been a decade, but Transformers Prime turns ten today! 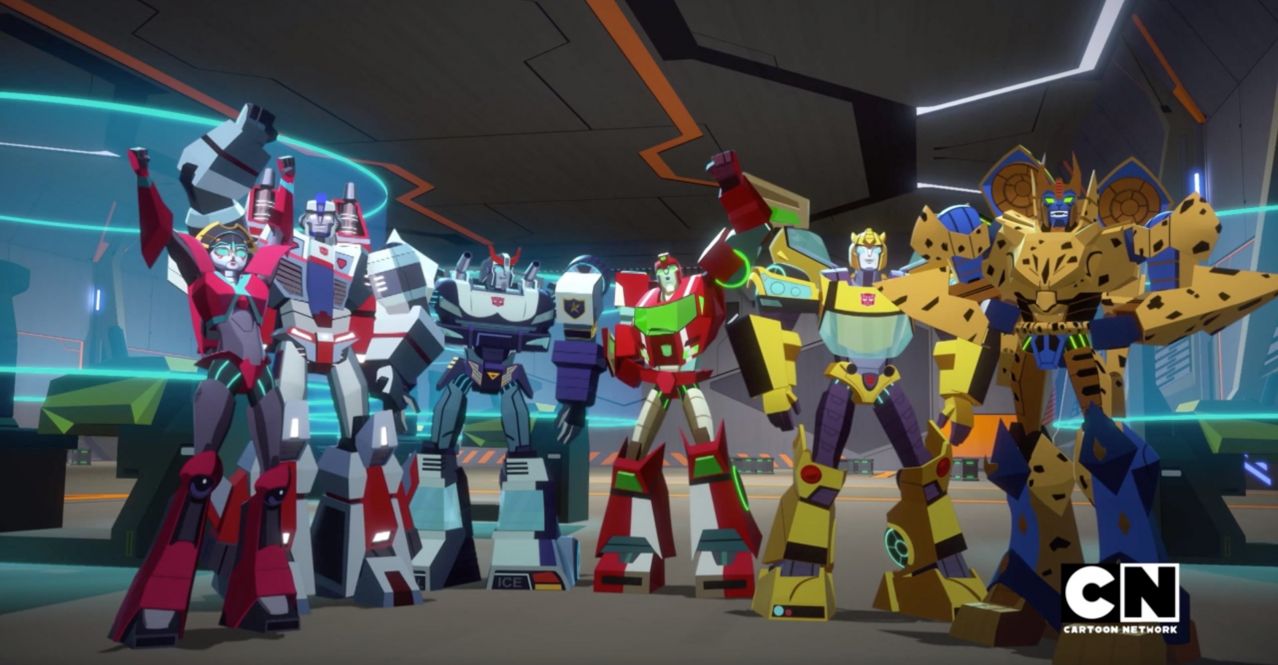 Transformers Cyberverse is the most recent, and at the time of writing, the currently airing Transformers show. It’s a show that I passed on at first after being turned off by the early episodes – and what a mistake that was.

Read on for an exploration of why that is, and why you really need to give Transformers Cyberverse your attention.

END_OF_DOCUMENT_TOKEN_TO_BE_REPLACED 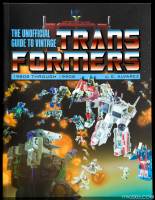 As we near the end of the calendar year, we draw closer to the full release of J.E. (Rik) Alvarez’s upcoming, updated version of The Unofficial Guide to Vintage Transformers.  This is not just a remix of his previous three books, but rather a whole new walk through.  Thanks to Mr. Alvarez and Schiffer Publishing, we were given the opportunity to have an early look at the encyclopedic tome of toy robots from decades past. The book features photographs of his personal collection with additional ones coming from the Transformers fandom and community, making it all that much more special. It also features a plethora of facts regarding those figures, and knowledge that can be appreciated by fans young and old.

Check out the full review after the jump or you can grab your copy on Amazon right now.

END_OF_DOCUMENT_TOKEN_TO_BE_REPLACED

Well, you know what they say about the best laid plans.

In place of that planned article, we’ve written this piece recording my experiences trying to put together a list of the top characters, and what it means about the characterization of the Transformers in the live action movie series.

END_OF_DOCUMENT_TOKEN_TO_BE_REPLACED 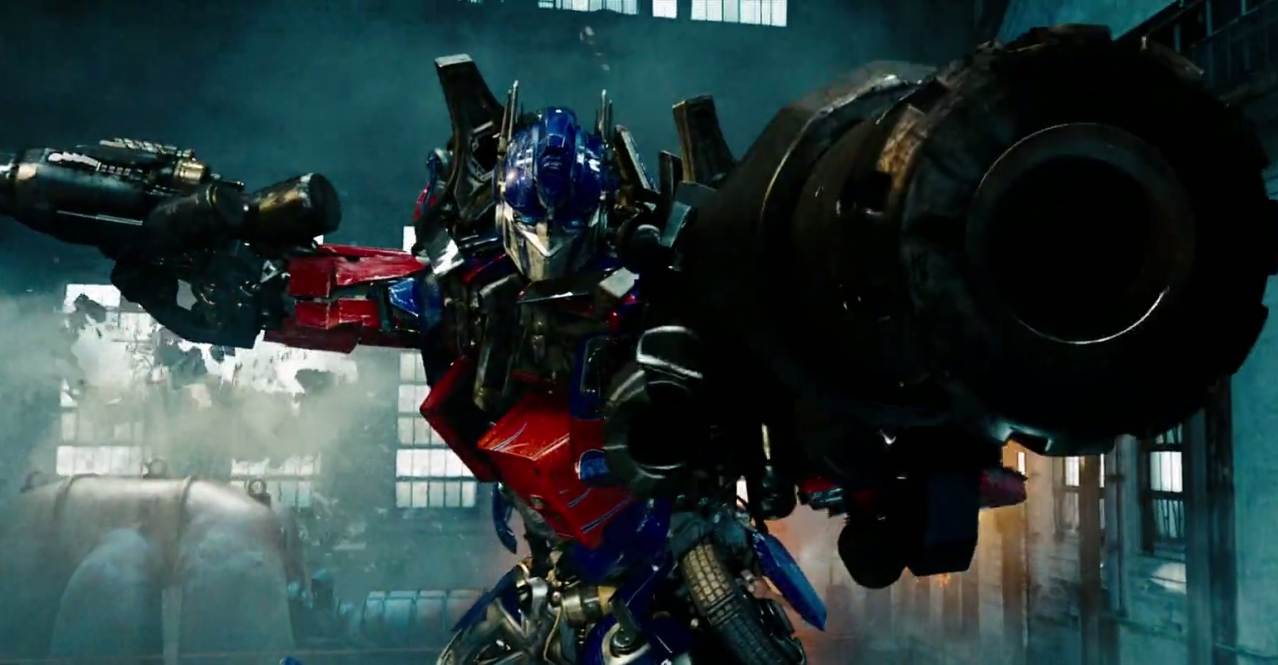 One of the things that Michael Bay, and by extension the Transformers movie series, is known for is hard-hitting, intense action sequences. There is no shortage of outstanding fight sequences in the Transformers movies. In this second part of our celebration of ten years of Transformers live action movies, TFW2005 news staff and movie fan SilverOptimus looks at his personal favourite picks of Robot vs. Robot, Metal vs. Metal, Autobot vs. Decepticon.

END_OF_DOCUMENT_TOKEN_TO_BE_REPLACED

June 28, 2007, Rhode Island. Botcon 2007 was kicking off, and fans eagerly filled auditoriums at the Providence Place Mall’s multiplex theatre. This was the moment. After close to two years of leaks, advance information, and trailers, this gathering of fans would get to experience Michael Bay and Steven Spielberg’s vision of the Transformers in live action.

The lights dimmed. The presentation began.

Before time began, there was the Cube. We know not where it comes from, only that it holds the power to create worlds and fill them with life. That is how our race was born. For a time, we lived in harmony. But like all great power, some wanted it for good, others for evil. And so began the war.

The audience erupted into cheers and applause. The original voice of Optimus Prime was back, and with it, the Transformers franchise, reinvented and reborn for the big screen.

(Of course, to fans, the brand had never gone away. It had continued near unbroken for over 20 years. But in the public consciousness, Transformers had gone away around 1986, and was now returning in force.)

It has been ten years since that initial fan premiere event, but the memory of that event, and what made that first movie so special, still burns bright in me.

Article continues after the break.

END_OF_DOCUMENT_TOKEN_TO_BE_REPLACED

Collectors of the My Little Pony: Friendship Is Magic toyline were surprised to findout that their toys now carries “Made In India” instead of the usual “Made In China” or “Made In Vietnam”. Following a tip from Steevy Maximus of our sister site HISSTANK, the staff of TFW2005 dug into this new development to find out more.

Sure enough in an article published on The Wall Street Journal dating January 6th, Hasbro is indeed moving some of its toy manufacturing to India; including our beloved franchise Transformers.

“John Leung, chairman of GFT Group Ltd., a manufacturer of Transformers, “Star Wars” and other toys for Hasbro that is based in China’s Guangdong province, said he plans to start producing soon from a rented factory in Chennai.

Eight years ago, GFT shifted much of its production from China to Vietnam, where today the company’s workers earn around $215 a month, less than Chinese counterparts’ salaries. But Vietnam is quickly becoming saturated with factories, Mr. Leung said.

“In the next eight to 10 years, Vietnam will be finished,” he said. He said Hasbro, based in Pawtucket, R.I., had urged him to set up shop in India.”

On our coverage of Hasbro’s Press & Investor Day 2015 Hasbro stated that they will be expanding into the Indian market and it seems as though the expansion is not just market penetration but manufacturing as well.

Since the very beginning of Transformers and G. I. Joe franchises, India exported the toys to the South-East Asian region under the brand name “Funskool” on behalf of Hasbro and even included Funskool Variants (sought after by many Joe collectors for their rarity). This new move may even benefit the collectors of the said region by having low production costs to decrease toy prices.

Hasbro’s Transformers toys are currently manufactured in Vietnam and China.

The Creative Forums are known here at TFW2005.COM for it’s great depth and quality of artwork contributed here over the years. A few members here have even made the jump from Transformers fan to Transformers professional. One such member stopped by to share his professional artwork with us – timshinn73. timshinn73 works as a storyboard artist, and Hasbro has been one of his clients where he has worked on storyboards for some of their commercials! His contributions have ranged from the Rescue Bots, Kre-O, Transformers Prime, and even the Michael Bay Transformers movie toys!

timshinn73’s contributions here not only give us insight into a member here who works professionally with Hasbro, but also we see a glimpse into the creative process of official Hasbro product! For those who may not know, a “storyboard” is a preliminary plan for film illustrated in sequential artwork.

You can see more examples of timshinn73’s artwork after the jump! Also, please feel free to share your artwork with us in our Transformers Fan Art forum . . . who knows? Maybe YOU could be the next professional artist working for Hasbro! END_OF_DOCUMENT_TOKEN_TO_BE_REPLACED