First revealed in September 2022, this is a fun Potato Head-style G1 Optimus Prime figure. As with other Potato Head toys, you can swap pieces as you want or even make fun combinations with other figures of this collection. It’s available via Amazon for $17.99.

See the new stock images after the jump and let us know your impressions on the 2005 Boards. 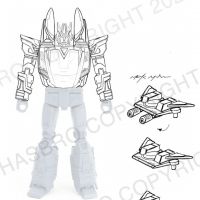 Coming to us from Hasbro designer Mark Maher’s Instagram page, we now have a behind-the-scenes post about the upcoming Velocitron Voyager Cybertron Override! These photos show off her various stages of development including the final product, and perhaps most interestingly reveals that an initial concept for her was a heavy retool of the Studio Series 86 Voyager Hot Rod mold:

She has the number one spot in the speedia 500, she’s the current leader of the planet Velocitron, and she’s looking stellar in her all new mold, here comes OVERRIDE!!!
.
This is a great example of what Legacy is all about, who would of thought we’d dig deep into the ol Cybertron series eh 😉! Everything is on the table!!!
.
Much like Cosmos, I had a initial sell in plan that would only require some new molds mixed with molds from the awesome Studio Series 86 Hotrod that @naveskoorb worked on. It would of been a new look for her but Im glad TT brought out the cybertronian wizard staff and figured out a way to do her in 4 new molds, a voyager!! What!!!
.
You can also see some red line adjustments in sculpt I added after the detailed stage was accomplished using reference from the original animation series.
.
I apologize as I couldnt find the multiple renditions of the deco stripes I did for her. I’m not one for not following sculpt to ensure a great tampo design, but I felt in the end accuracy is the move here, so I did my best to match the og. Gorgeous paint applications on her and just the color scheme pops as you can see in the size comparison shot. The ruby red tint with the gold metallic hits and then to set it off with that pop blue…wooo weeeeeee!!
.
Im still tallying votes for the winner of the race, let me know down below!

Check out the images after the break and then let us know your thoughts on the boards! 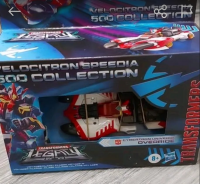 Now making its way across the web is an image of the previously-reviewed Velocitron Speedia 500 Collection Voyager Override, showing the figure in its box and giving us our first look at the line’s packaging. It’s looking pretty slick and reveals that the figures will be packaged in alt mode. Additionally it shows off her packaging art, and in a nice touch the Velocitron logo also makes an appearance.

Hopefully Hasbro will give us the official reveal for the line sooner rather than later.

Check it out and let us know what you think on the boards!

Coming to us via PrimeVsPrime on Youtube, we now have our first look at the long-rumored Legacy/Velocitron Voyager Cybertron Override figure!

Override is looking like a great homage to the original Transformers Cybertron Override toy in both robot and futuristic race car modes. To our surprise, rather than a retool of a previous figure, Override looks to be a new mold and displays well next to Siege Galaxy Upgrade Optimus Prime. As usual we have comparison shots next to some other figures as well.

Check it out and let us know your first impressions on the boards!

END_OF_DOCUMENT_TOKEN_TO_BE_REPLACED 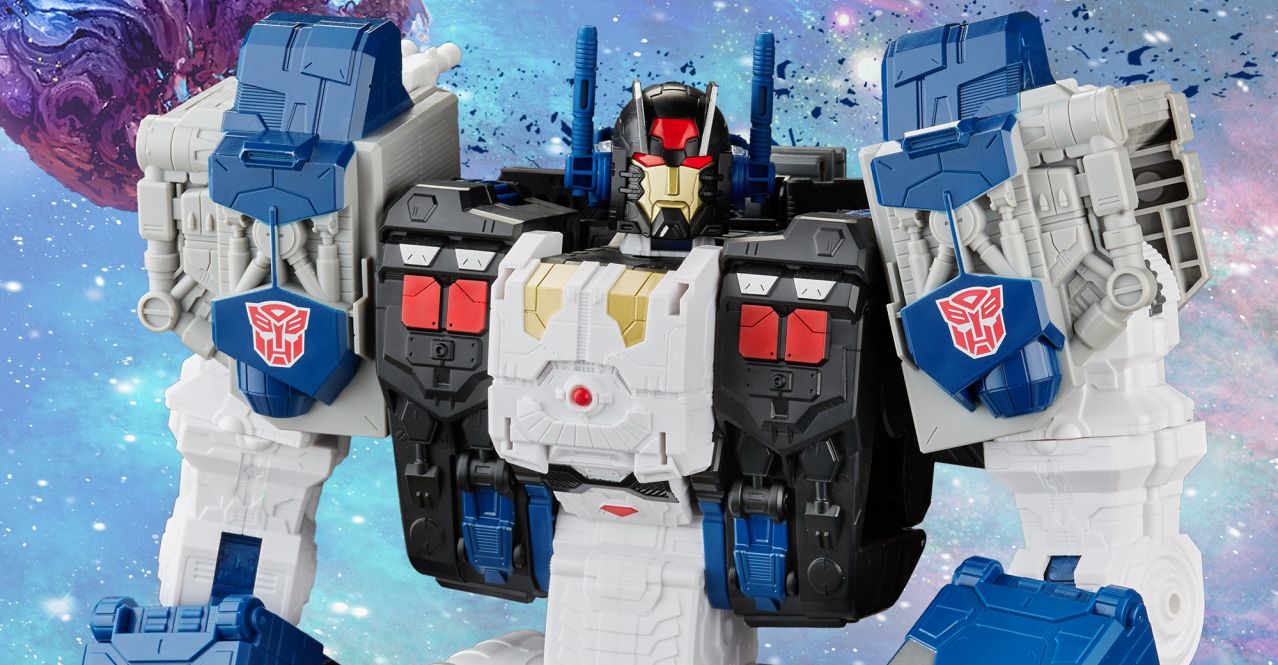 Thought we were done with the reveals? Think again, as it seems Hasbro has saved the biggest for last! Coming to us from IGN, we now the have our official reveal for the long-rumored Transformers Legacy Titan Cybertron Metroplex!

If you’ve ever found yourself thinking you don’t have enough giant, transforming robot figures in your life, Hasbro has your back. Beginning later today, you can preorder the Transformers: Generations Legacy Series Titan Cybertron Universe Metroplex, which is admittedly a mouthful, but check out the gallery below to see some images of this massive figure.

At a whopping 22-inches tall, Metroplex has 52 steps to transform from robot to excavator. In robot mode, it includes “a flip-down welding mask,” because safety is absolutely paramount for even gigantic transforming sentient robots.

The Generations Legacy Series brings together multiple Transformers universes “all in one toy line,” to celebrate over 40 years of transforming robot action. Each figure in the Legacy line includes a code on its package, and scanning the code shows you “character tech specs from across the multiverse.” It’s the modern version of that red piece of transparent plastic you used to get to reveal a toy’s strengths. I’m here for it.

The Legacy Metroplex retails for $199.99 and can be preordered starting today at 1 pm ET at HasbroPulse.com and “most major toy retailers.”

Check out the gallery and let us know what you think of the big guy after the break! 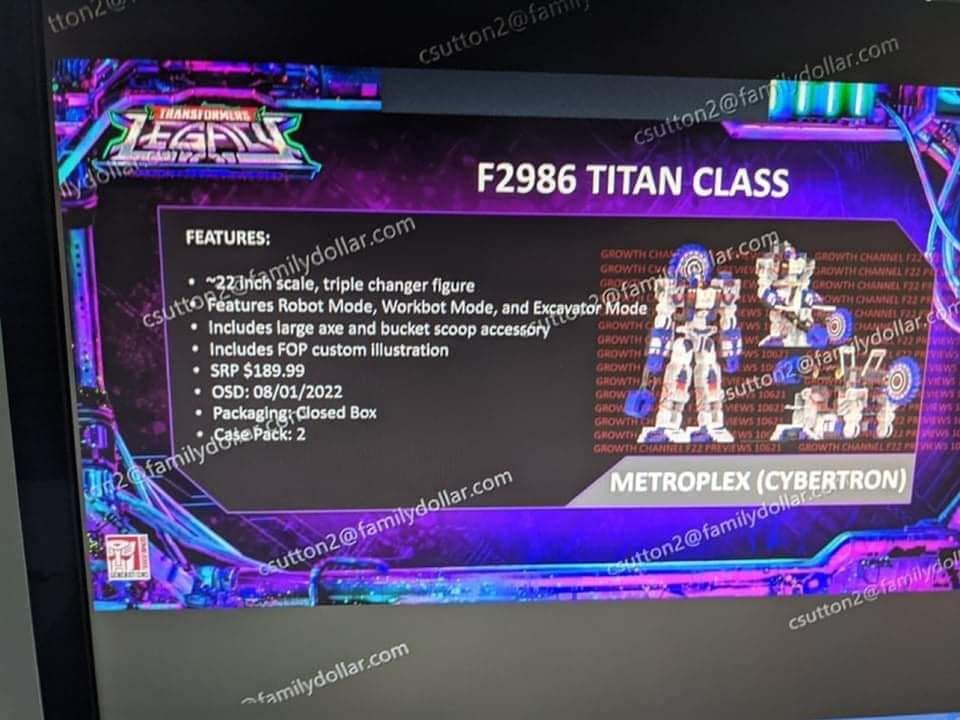 Currently making the rounds across the internet is an image of what appears to be the rumored Legacy Titan Cybertron Metroplex figure.

Shown in this photo is the figure himself, his various modes, and details about the product.

Take this as a rumor for now and stay tuned for more in the future as it comes in. 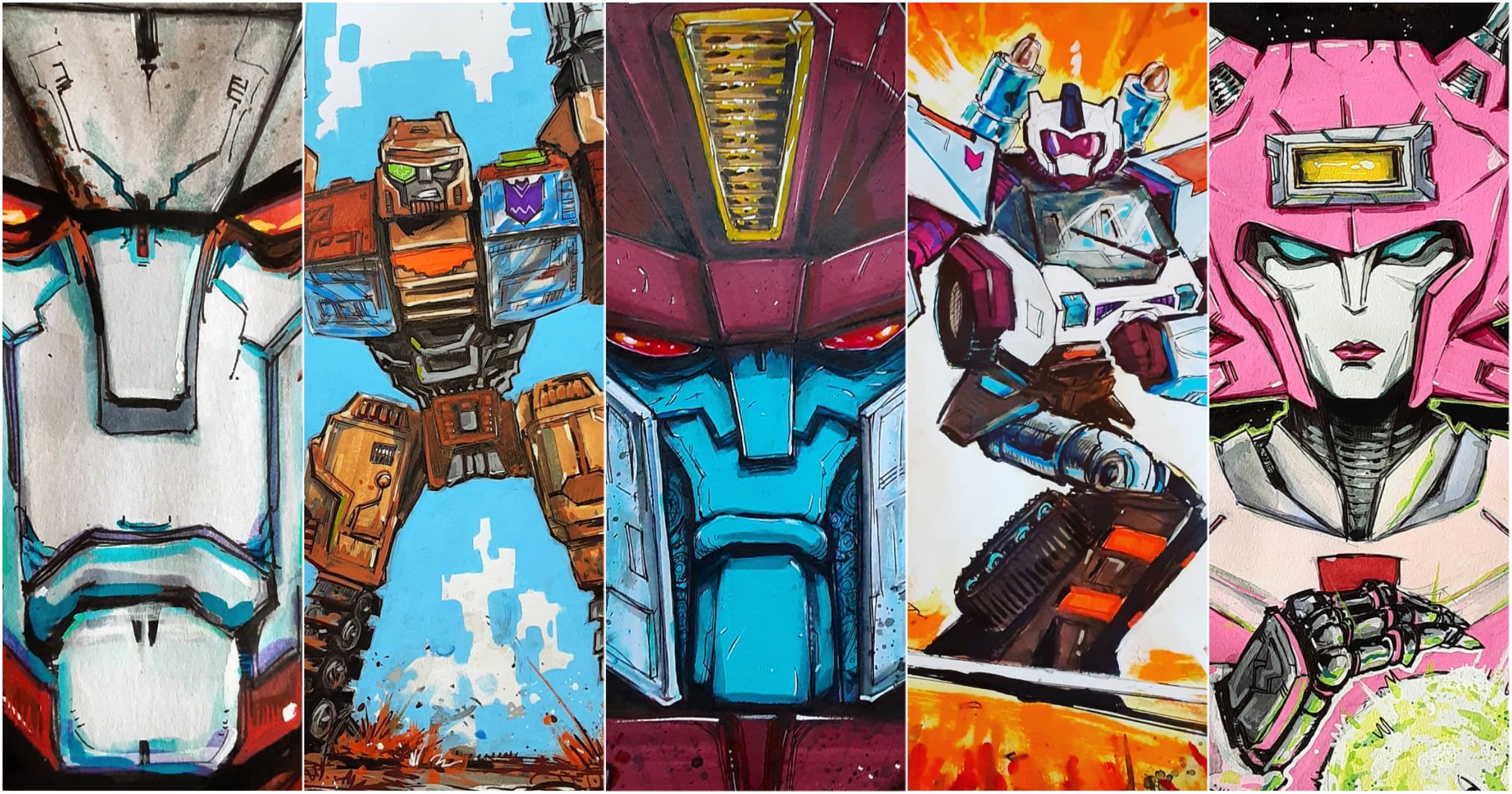 Hasbro Studios issued their latest Sales Guide document for the press and interested parties today via their official website.

The Los Angeles production studio highlights new and old Transformers related shows available with them and are offering them to local/international markets.

It’s interesting to note that Hasbro Studios has revised the Episode Count of Transformers: Robots In Disguise, reducing it to 45 from last year’s guide (link below) which highlights it as 78. This official announcement reiterates the details revealed from the brochure at MIP2015 Conference and Asia TV Forum & Market Expo.

Total line up is as follows:

Check out the links for both 2014 and 2015 Hasbro Studios Sales Guide documents and screenshots, after the jump.

END_OF_DOCUMENT_TOKEN_TO_BE_REPLACED 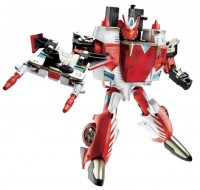 For those wondering the previous application for the mark OVERRIDE was in October 2003 with Hasbro last filing a “Combined Declaration of Use & Incontestability” in November 2010 against that mark. With a lot of the marks coming up for their 5 year renewal, or 5 years since their last renewal, expect to see a lot more applications for older marks over the coming months.

Many members of the TFW2005 boards are already hoping and speculating this means we’ll be seeing a new Override toy based on the Cybertron version, although it has to be said that this does not in any way mean we’re getting a toy out of the trademark application.

Enjoy the speculation for now by hitting the discussion link after the jump.

Shout! Factory is letting us know of their release of Transformers: Cybertron The Complete Series as a 7 Disc DVD set.

The Conclusion Of The Unicron Trilogy!

Unicron has been defeated, but his destruction has created a black hole, which is threatening the Autobots’ home world of Cybertron. It’s up to Optimus Prime, his team of heroic Autobots and their new human friends — Coby, Lori and Bud — to secure the four mystical Cyber Planet Keys, in order to destroy the black hole. Unfortunately, Megatron and the Decepticons are always lurking. And if the Cyber Planet Keys fall into their hands, it could mean the end of life as we know it. The race is on!