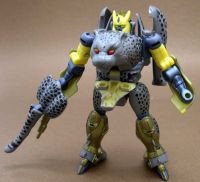 Courtesy of the detective work of our very own Jtprime17 we can share for you new new Amazon Australia Transformers Listings confirming several new figures for the Shattered Glass and Golden Disk sub-lines, a “Project Bat” item and more.

Several of these upcoming toys were rumored from some time, but we have some new interesting listings and a new “Project Bat” figure which seems to be a new Collaborative crossover. Read on for the direct links and the respective EAN codes.

We are still have no images of these new releases (featured images on this news post is just a reference), but stay tuned with TFW2005 for more updates! Now click on the discussion link below and join to the ongoing discussion on the 2005 Board! 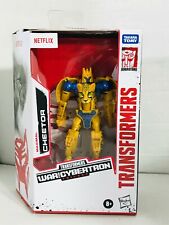 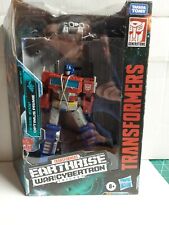 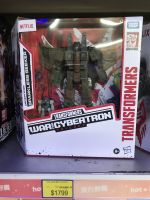 And we start April with a pretty active sightings week. Collectors in Malaysia can hunt the newest Spoiler pack and Kingdom waves together with the second wave of Retro Headmasters. More Kingdom toys are spotted in New Zealand while Russian fans receive new McDonald’s Happy Meal figures. Fans in Singapore got a rain of new Kingdom toys at shelves plus the new Netflix Deluxe redecos and RED action figures, and stores in Taiwan have received the new Netflix Voyager toys, the latest crossover figure and the Retro Headmasters Wave 2.

Remember to add these publications to your future pull lists, then sound off on the 2005 boards!

END_OF_DOCUMENT_TOKEN_TO_BE_REPLACED

This month we have and 6 pages of Transformers content: 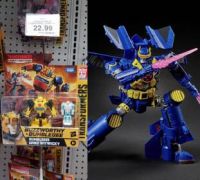 Via friend site Cybertron.ca we can report that the new Transformers Buzzworthy Bumblebee Wave 1 Core & Transformers Collaborative X-Men Mash-Up X-Panse have been released in Canada.

While using a modified Spacebridge to bring magic to Cybertron, the Decepticons end up unleashing a more powerful evil from Equestria than they ever could’ve imagined—looks like the only way out of this one is to team up! More ponies, more bots, and more magical mayhem as two worlds collide in the return of this hit crossover event!

END_OF_DOCUMENT_TOKEN_TO_BE_REPLACED

PREVIEWSworld sets your pull list course for June with the IDW titles scheduled for release during that month, including: My Little Pony / Transformers II #3, Transformers #32, Transformers Beast Wars #5 plus a reminder that Transformers The IDW Collection Phase Three, Volume 1 is due in September.

END_OF_DOCUMENT_TOKEN_TO_BE_REPLACED

Comic Crusaders moves the Transformers x Back To The Future miniseries one step closer to its finale, with the 5-page preview of issue #3.

Share your thoughts about this artwork and story in our March solicitations discussion thread on the 2005 boards!

END_OF_DOCUMENT_TOKEN_TO_BE_REPLACED 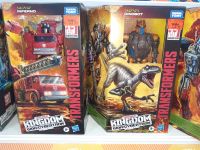 It’s time for our usual new sightings from the globe, courtesy of 2005 Board members. This week, Kingdom Ultra Magnus arrives to Hong Kong, more Kingdom toys plus the new Afterlife Ectotron have hit shelves in Malaysua and Studio Series 86 toys arrive to Russia.

During an Equestria Daily interview, IDW Editor Megan Brown shared recon about the creative process and potential character team-ups at play in the pages of the My Little Pony/Transformers II miniseries.

What are some of the main differences you encounter when it comes to editing the Transformers characters as opposed to the MLP Characters?

The main difference for me, coming at it from the Pony side of things, is working with all the iterations of Transformers—sort of like Generation 1 vs. Generation 4 My Little Pony! I have a lot of help from Consulting Editor David Mariotte (resident Transformers expert) making sure all the lore, designs, and character traits line up.

What’s it like having to edit a character who is, for all intents and purposes, brand new?

It can be both tricky and freeing! Tricky in that you don’t have a lot of canon to work off of, so you want to make sure everything feels consistent; but freeing for that same reason! Most importantly, you want to make sure new characters feel just as real and three-dimensional as any Optimus Prime or Bumblebee.

[C]ould we potentially see team ups/face-offs between the good ponies and the bad bots, like for instance Pinkie Pie and Megatron, in issues three and four?

I think fans will definitely be pleasantly surprised with some of the stories and teams we have planned! (Not to mention we’re going to be revisiting some favorites from the first series, Friendship in Disguise.)

Check out the Tony Fleecs A cover for issue #3, then join in the discussion on the 2005 boards!