Shout Factory has updated their website with news of a brand new complete series DVD set of Transformers: Beast Machines! This controversial series finally gets a new release after Rhino released a set in 2006. If you missed that, this set will be available on September 2nd. Description from Shout’s website below:

Transformers: Beast Wars may have come to an end, but the adventures of Optimus Primal and his team of Maximals have just begun! When the Maximals return to their home planet of Cybertron, they find that everything has changed. Cybertron seems to have been abandoned…that is, except for the Vehicon drones policing the planet! To make matters worse, the Maximals discover that they’ve been infected with a virus that threatens to wipe them out, unless they can adapt. Enter the world of the Beast Machines!

Discuss this exciting news after the jump! END_OF_DOCUMENT_TOKEN_TO_BE_REPLACED 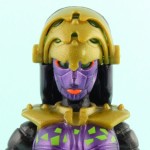 As the 21st century dawned full of promise, the Beast era reached its conclusion, and with it the long running continuity that had begun with More than Meets the Eye Part 1 in 1984. The Beast Machines toyline was released in full force, though by the time there was substantial product on the shelves the first season of the cartoon was already finished and the second season was well underway. 2000 also brought the final four releases in the Beast Wars line – the Mutants – and brought back the Dinobots as a subline of the Beast Machines toys. Meanwhile Takara decided to go their own direction, moving away from beasts and instead running with a new series about a group of car robots. END_OF_DOCUMENT_TOKEN_TO_BE_REPLACED

Here is something extraordinarily cool. During Beast Machines’ second season, you might remember that Megatron had a gigantic flying fortress modeled after his head – the Grand Mal. You might also be aware that a toy was designed for the Battle for the Spark subline of Beast Machines toys, which was canceled from that line and ultimately released in the following Robots in Disguise line. You might also remember that toy being rather unlike the depiction of the Grand Mal from the series, featuring spider legs not featured in the show.

What we have here to share with you now by way of the Robot Points blog is a previously never-before-seen prototype of Megabolt Megatron – one which follows the on-screen design of the megahead fortress much more closely. The design of the alternate head form lacks the spider legs, and features the thrusters at the rear as on the original design. As with the release version, the toy transforms into a robot mode, this one with clear chest panels showing off moving gears.

What is shown in this blog post is a resin prototype, and it is believed that this concept never progressed beyond this point. It is thought that the design was overhauled into the one that was released to maximise playability with the spider legs, and perhaps also because the gears in the chest were too expensive to implement.

Check out the full story on the Robot Points blog and take a look at this rare piece of unreleased Transformers merchandise. END_OF_DOCUMENT_TOKEN_TO_BE_REPLACED

As promised Spacebridge has delivered a picture of the cancelled repaint of Beast Machines Jetstorm on his Facebook page. According to Spacebridge this was another 2007 cancelled figure that joins Toxitron repaint for reasons unknown. Click the link to discuss with fellow members here on the boards. END_OF_DOCUMENT_TOKEN_TO_BE_REPLACED

Here is a real blast from the past. Via the Futaba image board we can share some images of a packaged sample of Megatron Megabolt from the Beast Machines line with you. For those not familiar with this toy, it was originally intended for a release in 2001 as a part of the Beast Machines Battle for the Spark line, but the line was cancelled before it ever made it to retail (the toy would later be released, repackaged, under the Robots in Disguise line). What we have here for you is a rare look at a packaged sample of the Battle for the Spark Megatron Megabolt, a toy which like the Generation 2 Stunticons or Megatron ATB only exists in very small (probably single digit) quantities.

Take a look and enjoy! END_OF_DOCUMENT_TOKEN_TO_BE_REPLACED

Hasbro has applied for a brand-new Trademark (at the United States Patent & Trademark Office) under 2 categories:

And the Trademark is… Beast Hunters.

Fans of the Beast Era would immediately recognize the new trademark as the original working title for Beast Machines.

We don’t know how this will eventually turn-out to be… but we do know that there are thousands of TFW2005 Beast Era fans dancing at the moment. Party tonight, people? END_OF_DOCUMENT_TOKEN_TO_BE_REPLACED

Sony Pictures Home Entertainment's e-mail newsletter “The Insider” reported that Beast Machines will be released in the United Kingdom next Monday, July 16th. Play.com provides more information on this release with their pre-orders. Only Season 1 (First 13 of 26 episodes) will be released at this time, in three separate releases. Artwork for each release can be seen in their respective pre-order page. Complete Season 1 Season 1 Part 1 Season 1 Part 2 These DVDs will be encoded for Region 2 and thus will only work on Region 2 DVD players or multi-region players.

Just a reminder, the Beast Machines DVD Boxset has officially been released today. The boxset contains all 26 episodes of the Beast Machines cartoon and also has interviews withDavid Kaye, Bob Skir, Susan Blu and more. The MSRP is $59.99, but places like Deep Discount DVD have it for as low as $35.88.

Notices have already started going out from DeepDiscountDVD.com that the Beast Machines complete series box sets are now shipping. Havent ordered yours yet? You can get it for 35.88 with free shipping by clicking here. 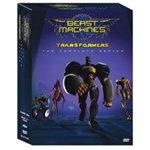 ASMZine had obtained an advance copy of the Beast Machines: The Complete Series DVD collection. They have done a review of the set that covers discs and packaging, video, audio, and special features which include commentary by Bob Skir, Marv Wolfman, Susan Blu and David Kaye. You can check it out by clicking here. The release date for this set is February 28th.