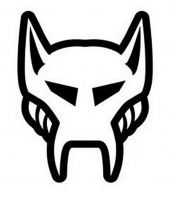 Hasbro has applied for two logo trademarks for Maximals and Predacons, at the United States Patent & Trademark Office (USPTO).

Both marks are brand new applications.

You can check out the two logos, attached to this news post.

Via the official Takara Tomy’s Twitter and website we have a new set of official images of the upcoming Transformers Encore Beast Wars Returns Convoy (Optimus Primal) and some Voice Samples that were recorded for this release.

We have a nice set of images in robot and gorilla mode showing several poses, and we can also check out the new carton-accurate deco of this release. As a nice extra bonus, Takara Tomy Website have uploaded three new voice samples. As we should expect, the voices were recorded for the original Japanese voice actor of Beast Wars Convoy (Optimus Primal): Koyasu Takehito. You can listen to the audio clips on this link.

Betas Wars Return Convoy is expected for release on November, 2018 for not-so-economic 20,000 Yen or $181.84 approximately. You can click on the bar to check out the mirrored images on this news post and then sound off on the 2005 Boards! END_OF_DOCUMENT_TOKEN_TO_BE_REPLACED 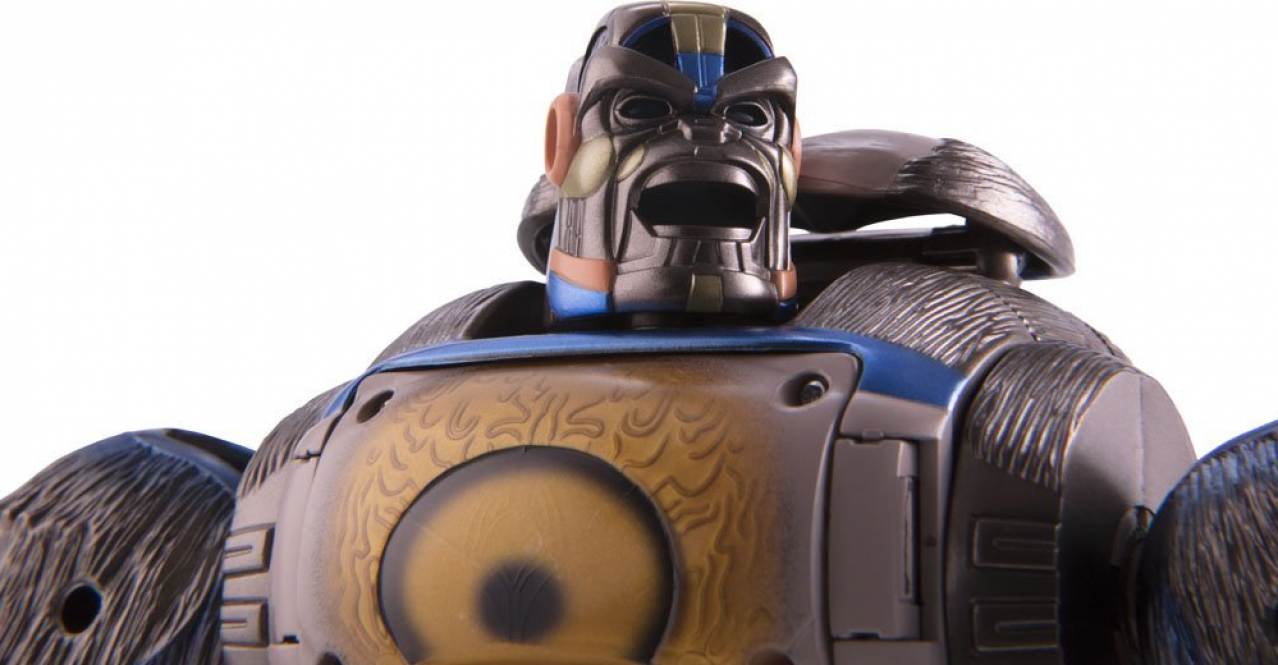 Amazon Japan has uploaded some official images of the next release in the Transformers Encore line, Beast Wars Returns Convoy (Beast Machines Optimus Primal). These images confirm that the Encore release will be the Supreme class Air Attack Optimus Primal that was released as an exclusive under the Robots in Disguise (2001) line as initially reported.

This will mark the first time that the Beast Machines Supreme Optimus Primal figure will have been released in Japan, and features a reworked premium deco to make the figure accurate to his appearance on the show. As reported, this figure is also coming with a premium pricepoint, although it is questionable whether this figure will warrant the high cost, or if it will escape the numerous quality control issues that marred the Encore Godfire Convoy set.

Check out the images, mirrored from Autobase Aichi, attached to this post.

This is big news as it confirms the Encore line is carrying on after the slightly tarnished reception it received earlier this year with the release of Car Robots Godfire Convoy, and it also indicates the line is going to carry on releasing Convoys (Optimus Primes) from across the Transformers lines’ rich history.

In this case, Returns Convoy is not Star Convoy (whose line was Return of Convoy, but the Japanese character for “of” is not present in the listing). Loopaza Megastore suggest that this release will be Beast Wars Returns Convoy, which judging by the price would make it the Supreme class Beast Machines Air Attack Optimus Prime (who was released in the US under the Robots in Disguise line as one of the early Toys R Us exclusives).

This could also explain the recent tease in Japanese hobby magazines where the unveiling of Masterpiece Beast Wars Megatron was accompanied by a caption of “can I talk too?” with Beast Wars Japan’s Optimus Primal’s verbal tic – as this release originally included some Gary Chalk voice clips and an Encore release would update this with the Japanese voice actor.

As always, bookmark TFW2005 so you can stay up to date with all the latest Japanese Transformers news.

This news comes to you via listings on both Planet Iacon and also on Loopaza Megastore. Image courtesy of RIDforever.info.

A great opportunity for all Beast Wars fans. Amazon.com has got the Beast Wars Complete Series DVD Box Set On Sale.

This is the Shout Factory 8-disc release from 2011. You get all the episodes and retrospective featurettes, art galleries, new interviews and a 12 page book plus a 24-page comic book: Transformers Timelines “Dawn of Future’s Past” that is the exciting prequel to the Beast Wars series. You can order ir for only $17.86 here.

If you want to replace your previous discs or if you haven’t bought them yet, this could be the perfect time to do it. Join to the discussion at the 2005 Boards. 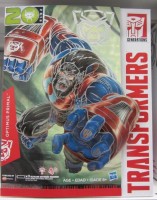 More news coming in for our fellow fans north of the border! Via Cybertron.CA we can report that the Platinum Edition Year of the Monkey Optimus Primal has been released in Canada. This version of the Supreme class toy that was released under the Robots in Disguise line sports the red and blue of Optimus Prime, or if you prefer, Primal Prime. Cybertron.CA member Outtsyder reports that this monkey was gracing shelves in a Toys R Us in British Columbia. 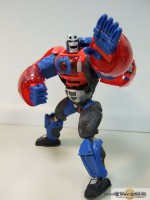 Coming off of our news regarding Platinum Edition Optimus Primal being sighted at retail, we’ve received our first in-hand images of the newest Year Of The Monkey figure via Snakas Blog. The images showcase the figure in both modes, as well as being compared to the original mold’s use: Air Attack Optimus Primal.

Do the in-hand images win you over yet? Sound off after the jump! 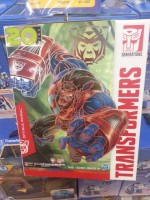 As we approach that last quarter of 2015, big ticket items are starting to appear in stores. One of such items found on store shelves in Taiwan is the Year Of The Monkey Platinum Edition Optimus Primal (as reported earlier here).

Thanks to an article from Autobase Aichi, we get a glimpse of the release’s actual packaging and the figure’s final product paint scheme from photos shared by a Taiwanese Transformers Fan group on Facebook. Interestingly, there appears to be a sticker depicting the 20th anniversary of Beast Wars. Will this mean more products from Hasbro in celebration for this anniversary? Only time will tell. In the mean time, check out the images after the break.

So if you missed out, next year is your chance to get the biggest Optimus Primal figure ever released and celebrate the Beast Wars 20th Anniversary! Images are from Starscream on Weibo. Read on to check out the images!

Via TVShowsonDVD we have a press release for an upcoming release of the complete Beast Machines series on DVD from Shout Factory. The set is due to be released on September 2nd with all 26 episodes of the polarizing series and commentaries and interviews with series developer Marv Wolfman, story editor Robert N. Skir, voice director Susan Blu and voice actor David Kaye.

Check out the full release after the break. END_OF_DOCUMENT_TOKEN_TO_BE_REPLACED