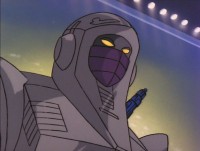 ENTER THE NIGHTBIRD! Nightbird Shadow that is! Bigkid24 has dropped by with new listings for TakaraTomy Transformers Legends deluxe figures scheduled for release on October 24th:


Tokyo Toy Show is later this month so we may see what these figures look like soon! 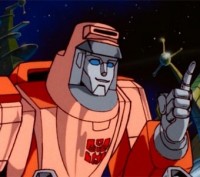 Mr. Chaos has come through again with store listings for the following Transformers Generations Legends figures:


Whether Soundwave’s minions are tapes this time around remains to be seen, so stay tuned! 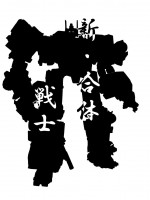 A new tweet by TF Yuki has teased a new Unite Warriors combiner to be revealed soon! The silhouette shows Combiner Wars Optimus as the torso. More from Bountyan:

Yuki mentions* that while this combination of Autobots wasn’t seen in Scramble City, it is now possible to combine them in this toyline. He goes on to mention that collecting and swapping limbs was a fun concept in G1 resulting in “scrambled” combinations/gestalts. 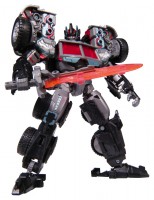 
Transformers Legends Car Robots Black Convoy & Armada Megatron were both revealed earlier this week. Read on to check out the new images! 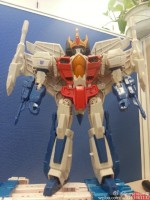 An aptly named Weibo user named Starscream has posted the first images of the upcoming Combiner Wars Leader Starscream figure! Leader Starscream is a recolored Leader class Thundercracker, though he also sports a brand new crown on his head inspired by the 1986 Transformers the Movie!

You may remember that the Combiner Wars Leader Starscream biography was leaked back in October.

Read on for more! 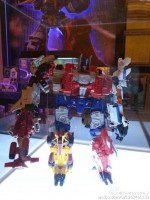 Back in March we got our 1st look at Optimus Maximus promotional art. However it was just a look at the top of his body. While we have yet to see the art in its entirety, we are now somewhat close.

According to Thundershot, the person who leaked the image of Combiner Wars G2 Superion leaked another image showing Ultra Prime. While Ultra Prime isn’t new, the Optimus Maximus promo art(lower body this time) can be seen behind it. This time however, we can now see Combiner Wars Prowl & Combiner Wars Ironhide as the legs for Optimus Maximus. Prowl & Ironhide were listed in store computers months back. Now we get our 1st glimpse at what they may look like. 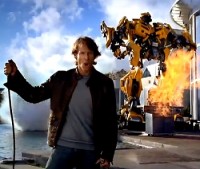 It was announced recently that Transformers 5 is planned for 2017. Many have been wondering who would be directing, as it was confirmed last year that Michael Bay would not be directing Transformers 5. However, things change and money talks.

Deadline has reported that Michael Bay is hard at work developing Transformers 5. NOTE: This could mean he is just producing the movie, not directing it; he did the same thing last year for the Ninja Turtles movie. So while it’s easy to assume that Bay is directing Transformers 5(given the context of the article), it may be too early to know(it’s not outright stated that he’s the director). At CinemaCon, Paramount’s Vice President Rob Moore let out what Bay was working on:

He also promised the theater owners that Michael Bay was hard at work developing a fifth Transformers movie since the first four have made an astounding $3.7 worldwide, music to the ears of this crowd which is ALL about box office. But first Bay is directing Thirteen Hours, a war movie set around a daring rescue mission in Benghazi that is already set for release on Martin Luther King weekend next January.

It was previously reported that Bay would direct 13 Hours instead of Transformers 5. Stay tuned to our Transformers News for further updates!

Griffin-of-oz has posted his initial report from Australia Toy Fair 2015 over at OzFormers. More information is coming later but here’s Griffin’s initial report:

Photos later tonight, and the full report…. but some teaser info to get you interested and to send the global fansites into meltdown.

Generations Devastator on display with my Gen1 Devastator – BigW already signed up for June/July.

Platinum edition – Myer will have Seeker pack and YOTG pair… while ToysRUs will have Insecticon pack, Perceptor/Blaster, Trypticon, aaaaand…. Dinobots. YES, Gen1 Dinobots multipack which I hope is all five.

JP Stinger still for this month, only at TRU though.

GEN Slingshot & Wildrider don’t exist (yet) for Hasbro Generations, but might next year as Combiners are going to be at least two years.

Hasbro MP Starscream is the second (MP11) version because fans wanted it.
Hasbro MP Bluestreak will be in July.

Loyal Subjects w3 should be out in the next month.

That’s most of it. More later, probably after midnight though.

EDIT: griffin has elaborated on the Mastepiece Transformers information:

Australia will continue to be following Hong Kong’s lead and having both Hasbro and TakaraTomy Masterpiece toys at ToysRUs stores here.

The Japanese Masterpiece toys that SHOULD be coming this year (details and dates can change, and often do)…
– Gold bumblebee in around July,
– The Convoy reissue middle of the year,
– Tracks is NOT noted as MP-25 on the Hasbro Australia list, but maybe they have 25 and 26 mixed up, as Tracks was labelled as MP-25 in a recent Japanese Hobby magazine. If they are mixed up on this Australian list, then I know what MP-26 is.
– MP-25 (or 26 if the numbers were mixed up on the list) will be here in about Sept (I know what it is, but I can’t reveal the name before TakaraTomy announces it)
– two “sports cars” for OCT and NOV (the names haven’t be revealed to Hasbro Australia yet, as it is so far in the future, so I have no idea if they
are new moulds… but with three new moulds already this year, I’d imagine that at least one is a redeco).
(please don’t bother asking me, or expect, any more information on the future Masterpiece toys, as I am not expecting updates before
TakaraTomy reveals the next few… and everything I am allowed to talk about is listed here already)

The Transformers Asia Facebook page has revealed the limited premium items that will come with APS01U Optimus Prime Ultimate Edition:

Starscream commands one of the most fearsome military units from Cybertron: the Seekers. The squadron has brought him great power and glory, but that means nothing as long as Megatron is the one who rules the Decepticons. Until Starscream can claim that throne, he will have to be content to be king of the Seekers.
The war between Autobot and Decepticon rages on, and with Starscream in the fight, the action gets more intense all the time! This awesome Starscream figure is a massive force for evil in robot mode with a blaster on each arm and an appetite for destruction. But when it’s time for a screaming air assault, he converts to jet mode! Get ready for a whole new generation of Transformers mayhem with this incredible Starscream figure!

Oddly enough, this is up before the likes of other figures previously revealed, such as Thundercracker, Megatron, et al. So maybe we’ll see leader Starscream revealed soon?