3rd party group, Mastermind Creations, has announced the next release in their Reformatted line – Optus Nox. Optus Nox is a black version of the company’s very popular (and super articulated) Optus Pexus. But that’s not all! Optus Nox will include some new accessories including a cloth goods cape, an alternate head with a shattered faceplate and a sword with the matrix in the hilt.

No release date or price is provided in their social media update, but there are a lot of nice pictures to review in the meantime. Check those out after the jump.

Kingdom Red Alert is an EB Games exclusive in Canada and is an upcoming release for the US as a Walgreen exclusive, expected in August.

Check out the pics after the jump. 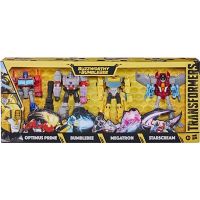 The Transformers Cyberverse will be continuing on a brand new animated adventure this November on Netflix. If you’ve never seen the show before, you can catch up on the first two seasons on Netflix in the US currently. If you’re yet to become a fan of the show and the toys, give this article by our very own Sol Fury a read. This 4-pack was initially revealed to us via listing back in February but has now been fully revealed. This Target exclusive Buzzworthy Bumblebee 4-pack of warriors includes Optimus, Bumblebee, Megatron and Starscream is a great pack to start off a new Cyberverse collection or fill in some holes if you missed out the first time.

There is no release date for this set yet, but you can check out official pics and in-package images after the jump.

Good news everybody! Joining Voyager Rhinox and Leader Galvatron in the trend of US Sightings of wave 3 of Transformers Kingdom sightings is the next release of Core class figures! The very mighty, yet tiny, Core class Soundwave has been found at a Target in Illinois. The sightings comes from a now sold listing on Mercari which features a picture of the figure on a Target shelf.

Also featured in Wave 3 is Dracodon a green repaint of Wave 1 Vertebreak. Chime in on your sightings on the 2005 boards after the jump 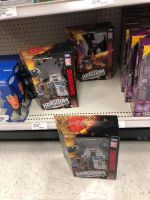 Thanks to a poster in the Dairycon Facebook group, we can confirm that the highly anticipated Kingdom Leader Class Galvatron has been found at retail. This leader figure comes packed with Ultra Magnus if you’re still on the hunt for him. Both figures from the wave were found at a Target in Fitchburg, Wisconsin. 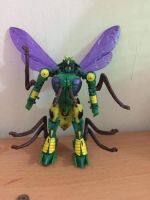 From a Facebook post on TF group Transfans, we have what appears to be our first look at the upcoming Deluxe Waspinator figure from the Transformers Kingdom line. Good ol’ bug eyes is shown here in both robot mode and wasp mode. This iteration of Waspinator is sporting clear purple wings and the majority of his bug legs are attached to his robot mode legs.

Check out the images after the jump and then head over to the 2005 boards to chime in on why the universe hates Waspinator! 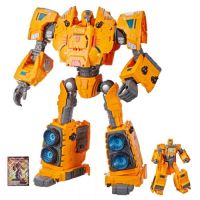 Thanks to the website Phantom, we have new images of the previously revealed Titan Class Autobot Ark from the Transformers Kingdom line. These new images give us another look at Autobot Ark and his pack-in partner Mainframe in robot mode. We also get a look of the vehicle mode from behind, showing the massive thrusters needed to propel the Autobot into space. Lastly, we see a breakdown showing the golden disks, Mainframe in Teletran mode and arguably one of the most important aspects of the Ark – Sky Spy!

You can scope out the new images and discuss on the boards after the jump! 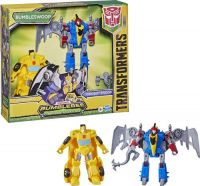 The fantastic world of Cyberverse is set to return to us in a rumored movie or direct to video format. As such, the Cyberverse toyline will continue on as well. Seen here are two new 2-packs from the Cyberverse Adventures Bumblebee line. In a return to gimmicks past, these new 2-packs are very reminiscent of the 2010 Robots In Diguise line’s “Crash Combiners” figures. These packs each feature a Dinobot paired with another character. The first pack contains Bumblebee and Swoop who combine into Bumbleswoop. The other pack is interesting, it contains a combiner made up of a Decepticon and an Autobot! It contains Megatron and Dinobot Slug who combine into Slugtron.

Interesting stuff! No release date, price point or retailer is specified here in the tweet that revealed these. But, we’ll be sure to keep you updated on TFW! 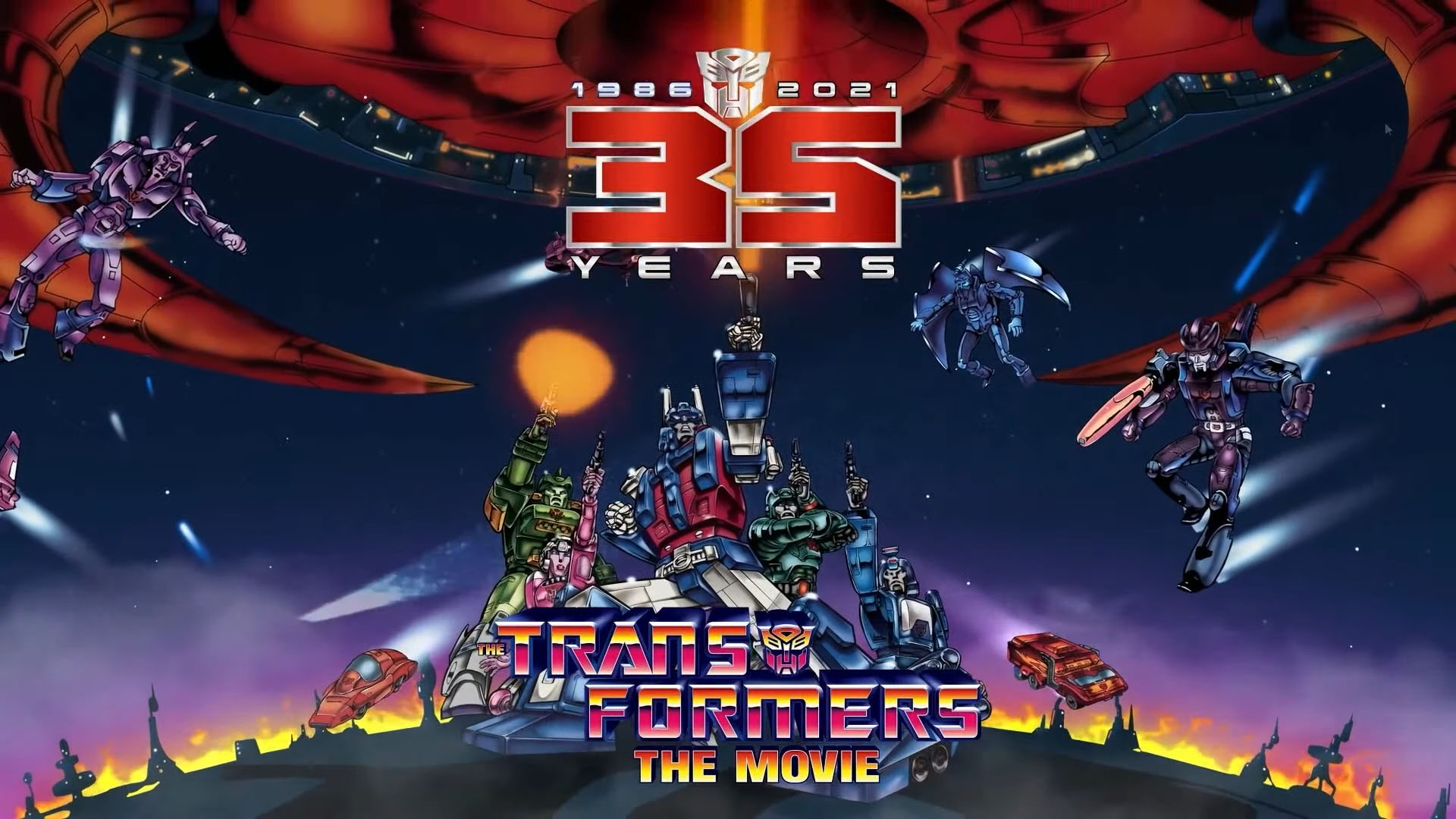 The Hasbro marketing team has done a Fan First Friday and we have all of the reveals and news compiled here for your enjoyment! This one is Celebrating the 35th anniversary of Transformers the Movie.

Limited edition Steelbook of Transformer the Movie on 4K Blu-Ray, plus standard 4K Blu-Ray release, different art for each. 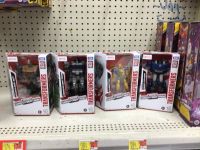 Not even four hours after images of the next wave of Wal-Mart exclusive deluxe WFC figures in packaging surfaced do we have our first sighting of them! Twitter users @Wheeljack64 and @Queenstodge have posted in store pictures of Cheetor, Deep Cover, Sparkless Bot and Deseeus Army Drone in their local Walmart in Long Island, NY.

on Monday, preorders for new Walmart exclusives are set to go live on their website. These new Netflix figures are likely to among those preorders. But given this sighting, we may be looking at a potential street date as well?

If you find these new figures please post on the 2005 Boards!