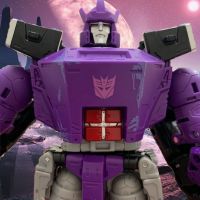 “What did he say his name was?”

It’s entirely possible you just read those lines in the voices of Rumble, and Galvatron respectively. A key character in the Transformers mythos introduced in Transformers the Movie, Galvatron is a popular character who has never had the amount of attention as his predecessor as Decepticon leader, Megatron. For years, fans have waited for the day Galvatron might receive a “definitive” version.

In 2021, 35 years from the debut of the original animated Transformers Movie, we are getting what seems to be the definitive version of Galvatron.

Ladies and Gentlemen, after a string of leaks, we give you: Transformers Kingdom Galvatron!

Revealed by @HalleyHanna on Twitter, this Galvatron looks to be a near-perfect representation of the mad Decepticon tyrant we all know and love. Unusually, Galvatron sports some battle damage paint apps on his design, in spite of these being largely phased out in more recent Kingdom and Earthrise releases. Galvatron’s armaments include his classic particle cannon on his arm, and two versions of his starship, the Revenge – which may be perfectly scaled for Haslab’s Unicron.

Overall, this is a very promising first look at what is sure to be the perfect Galvatron to complement the Cyclonus and Scourge currently out in the wild. Check out the pictures attached to this post.

One of the most anticipated product releases of 2021 is the upcoming Transformers Studio Series 86 – a line that has yet to be officially announced but has had most of the entire line up revealed through production samples out of Asia.  This line of movie-related figures takes the same love and attention given to the live-action Transformers movies but puts them towards the animated 1986 The Transformers movie.

Thanks to seton from the 2005 Boards for sharing an image we have our first look at some of the upcoming figures as well as their packaging.  Enjoy your first (or second) looks at:

Join in the conversation on the forums.  Which figure are you most interested in?  Sound off inside!

We first got word this morning that Entertainment Earth would have the first-release rights to the upcoming Transformers Movie Studio Series Drift figure. We got official images and details. At this year’s New York Comic Con 2018 Hasbro Event, we saw some of the Drift figure in action in his diorama. Included are the mini Dinobots.

Not a ton of images (figure was displayed upside down) but here they are! Click the title of the story for all the images. 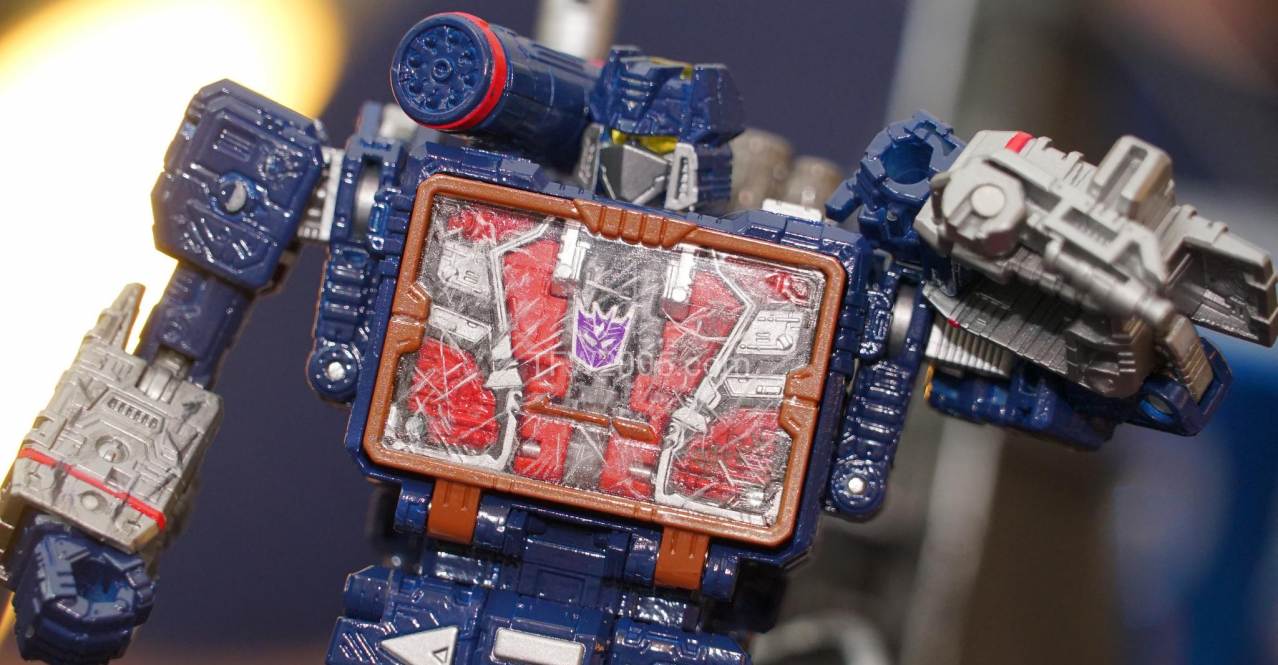 In 2019 the brand new Transformers toy line series for older fans will be “Siege“, part of a new “War For Cybertron” trilogy (no relation to the former Activision game). Henceforth, Transformers Siege. At San Diego Comic Con 2018, we were given our first look at the Autobots joining the battle and at New York Comic Con 2018 we are looking at some of the Decepticons! (as well as the Autobots from SDCC!)

Check out up close and personal images of new figures (and details):

– Megatron
– Starscream (tetra jet mode!)
– Soundwave (tape deck opens to store tapes!)
– Flywheels (two vehicle modes combine in to one robot mode, no “little robots” like the recent Battletrap)
– Shockwave
– Brunt (Weaponizer, acts as weapons for other Transformers but also has his own robot form)
– Refractor (deluxe, you will need to buy 3 of him to make the classic Reflector camera mode)
– Air Strike Patrol Battle Masters
– Ravage (acts as a Battle Master for larger Decepticons in tape mode)
– Laserbeak (classic “More Than Meets the Eye Part 1” bird mode)

Click the title bar for ALL the images! Stay tuned for more coverage of New York Comic Con 2018 as it drops! 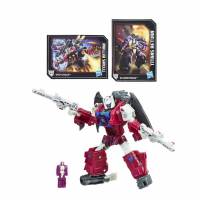 In what has possibly been the longest tease we are pleased to inform you that the Titans Return figure that was first available at HasbroToyShop.com and announced at New York Comic Con 2017, the deluxe Titans Return Grotusuque with Scorponok, is FINALLY available to purchase at ToysRUs.com.

The figure had been placed on the website for some time now but unavailable to order. We have successfully placed an order tonight. The figure is limited to 1 per customer, as quantities are limited. Get your orders in if you haven’t yet purchased this figure! 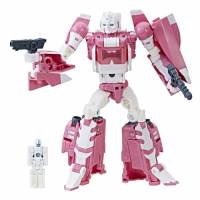 Did you miss out on the Hascon exclusive Titans Return Arcee figure? Did you then miss out on the HasbroToyShop.com release of the figure? Worry not – you have a potential third time to strike out! All kidding aside, ToysRUs.com has a product page for an upcoming online release of Titans Return Arcee. This version is the same that was available at Hascon.

The figure comes with Titan Master Leinad and the diecast Titan Master Ultra Magnus. The figure will retail at $24.99. To check out the product page, please click here.

Here’s a Camaro decked out in Transformers stuff at New York Comic Con 2016.

No, it doesn’t transform.

But it can be yours! Not the car – the wrap of the car! That’s right – you can deck your car out in pure Transformers goodness from AlterEgoStuff / Elephant Gun! Let’s hope there’s a Decepticon version. The website on the wrap doesn’t list full car wraps for sale yet, but they had several from different properties at the show, and those properties are listed on the Elephant Gun website. If things change we’ll let you know!

Coming out of New York Comic Con 2016 is something a little different for Transformers fans – Transformers vinyls! From Soap Studios comes Generation 1 Optimus Prime (with blaster) and Generation 1 Bumblebee (with Spike) vinyls. On top of that, they’ve partnered to create some fun and interesting color variations.

Check out all the images after the jump! Will these join your collection? Sound off in discussion! 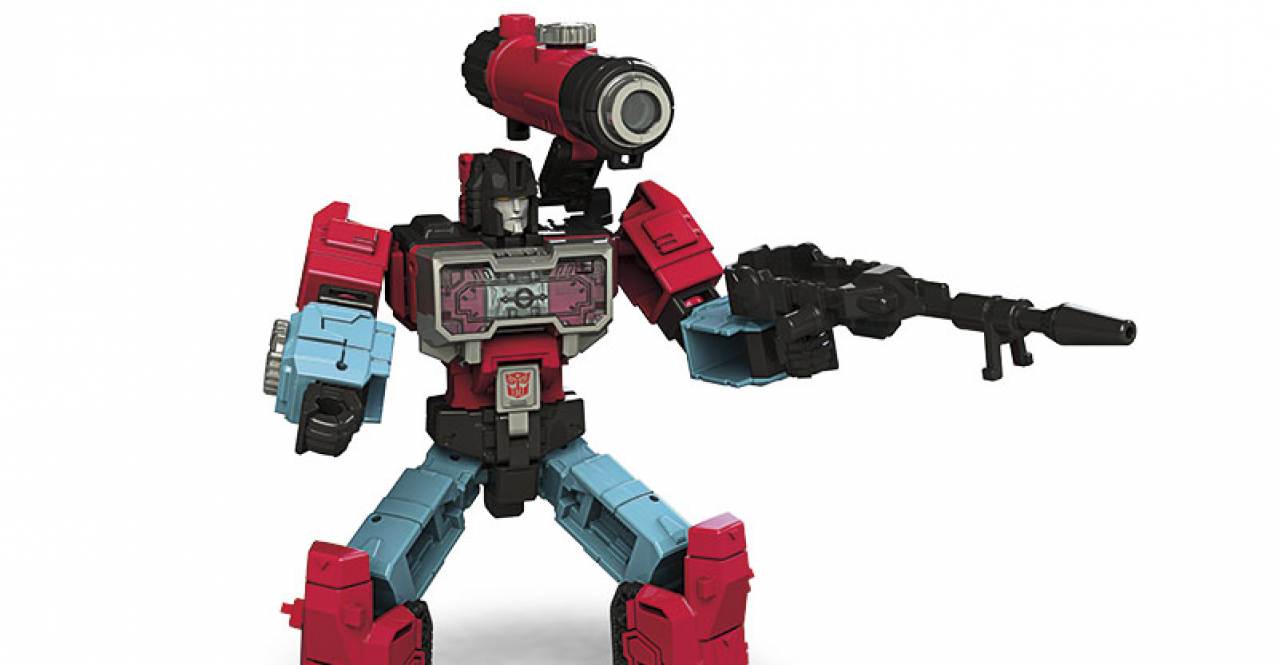 We have the official images from Hasbro for the new Titans Return Transformers toys revealed at this year’s New York Comic Con 2016! The images are listed below:

Check out all the images after the jump! 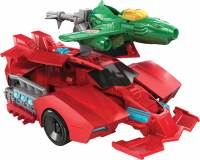 Hasbro has sent us their official Transformers: Robots In Disguise images from New York Toy Fair 2016.

Crash Combiners are also included with this news post. These are 2-Packs featuring Strongarm–Optimus (creating Primestrong) and Skysledge–Stormhammer.

Check out additional images attached with this news post. Enjoy!