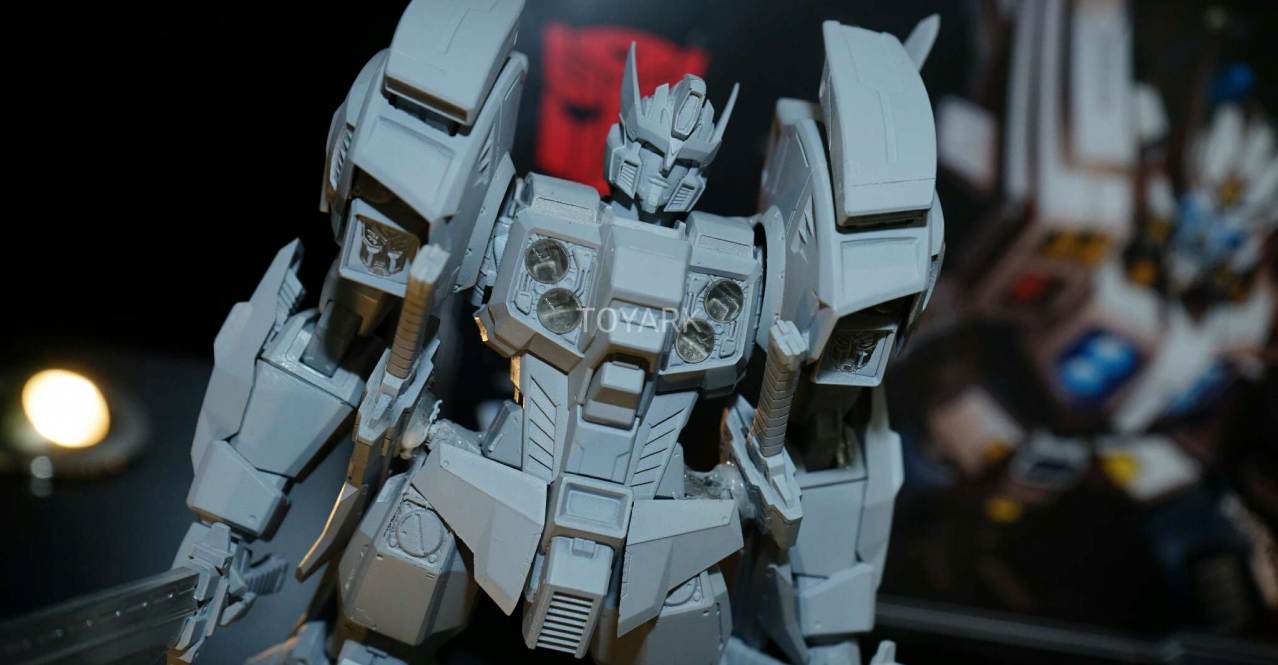 Here are photos of the TF-01 Drift action figure by Flame. This was at the Bluefin Event from Toy Fair 2017. 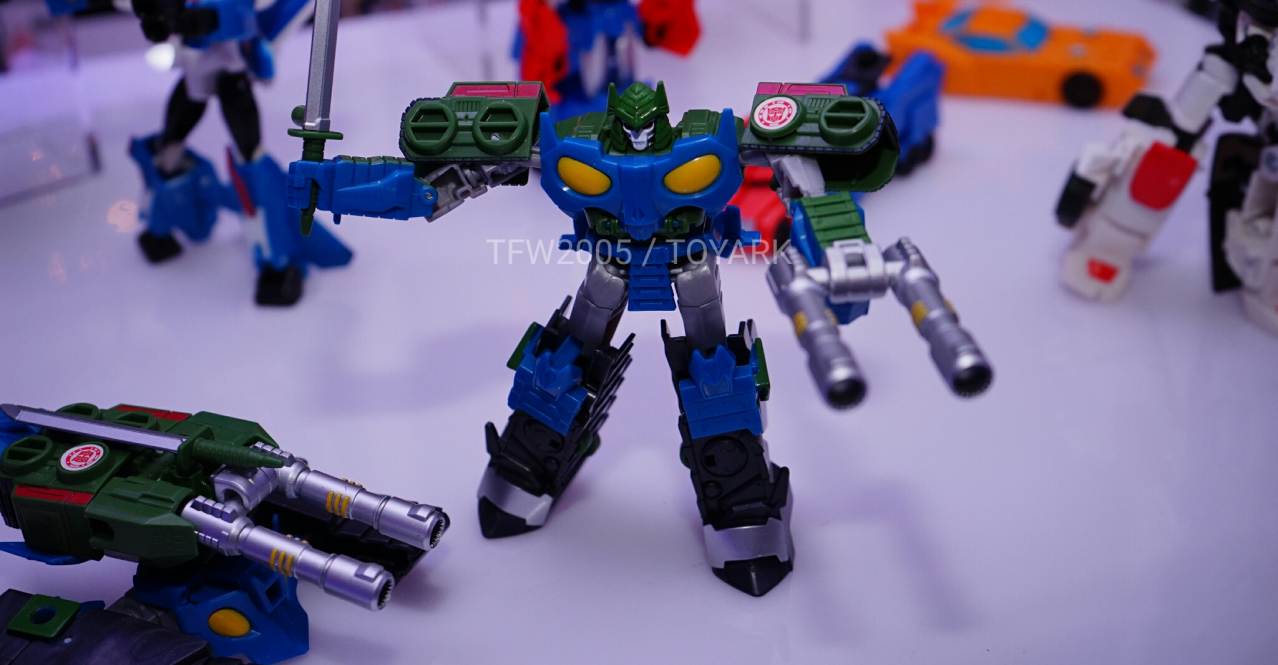 At the Hasbro New York Comic-Con 2016 Preview Night, they showed off an assortment of new Transformers Robots in Disguise figures that fans will be excited for!

Some key highlights (images after the jump) include a Warrior Class Bludgeon and new combiners, much in the style of Transformers Armada and Energon figures called “Combiner Force“.

Check them out after the break! 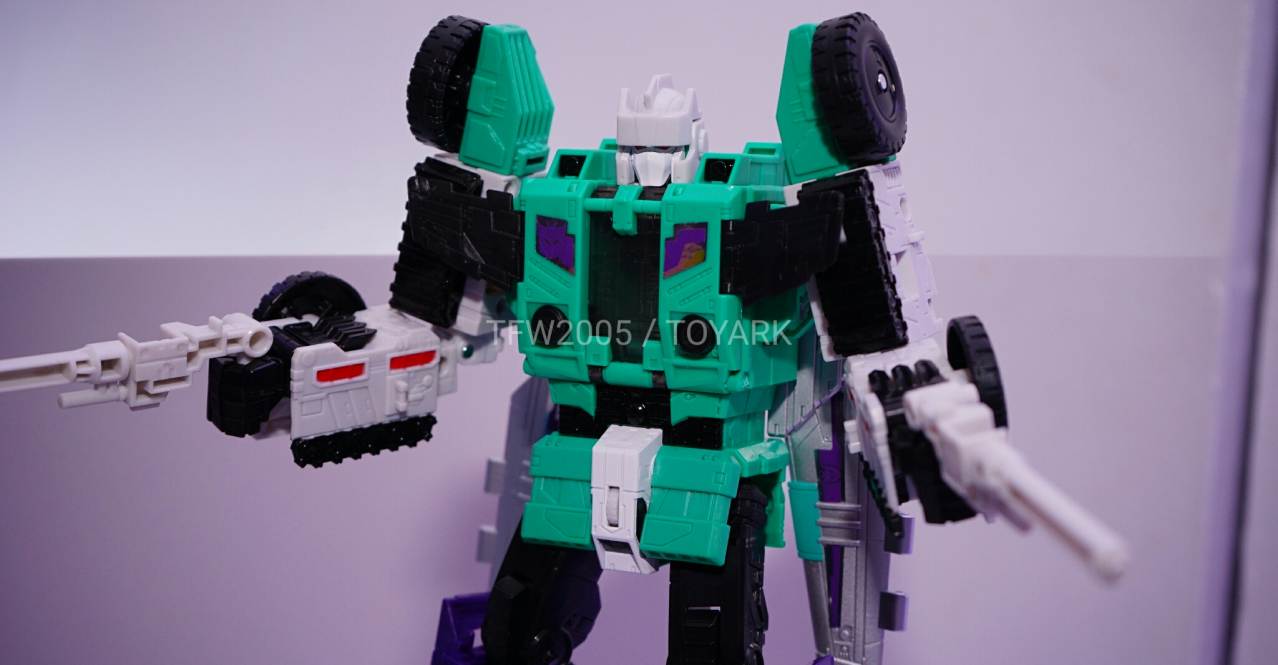 Our crew is at the Hasbro preview night event. Here are photos of the figures on display. Their were no placards with names, so forgive us if we miss a couple. Included are:

Stay tuned as we continue to update! 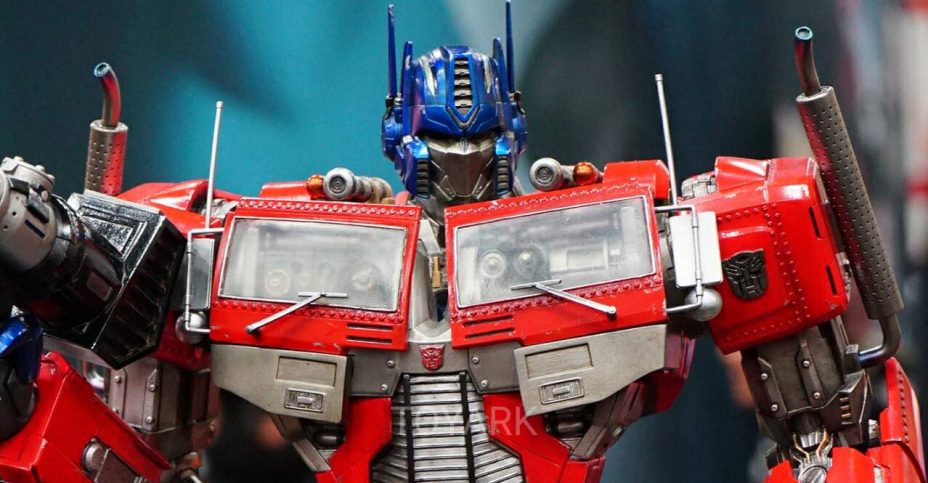 Our crew at San Diego Comic-Con 2016 grabbed photos of the Prime 1 Studio display. At the booth they had the Josh Nizzi designed Transformers PMTF-01 G1 Optimus Prime Statue. The huge status is priced at $999. It has a release set for between July and September 2017.

You can see the new photos by reading on. 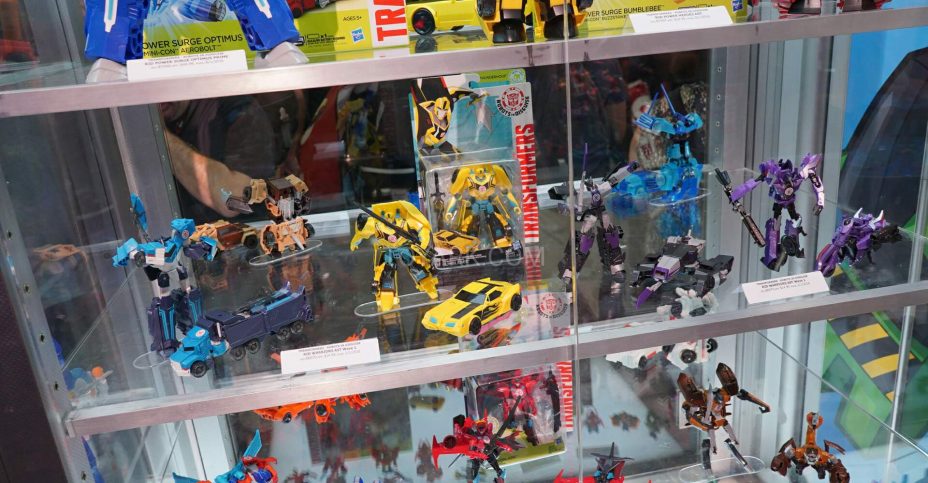 The final set of pics for the night show off the Robots in Disguise display case, featuring much of what we’ve seen hitting stores this year and what we’ve seen recently that’s yet to come. On display:

Also on display over at the Titans Return setup is the San Diego Comic Con 2016 Windblade who uses the RID mold painted up in Fortress Maximus colors. 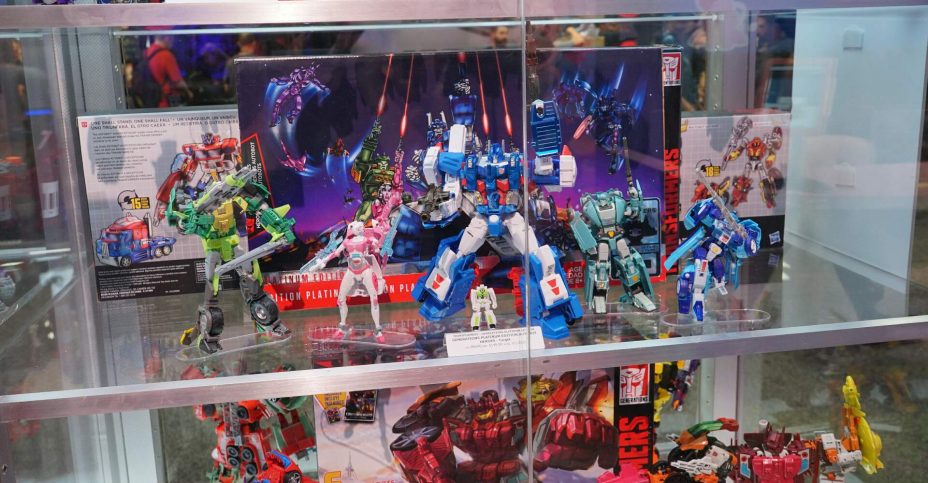 Next up is the Generations display case, featuring some of this year’s upcoming platinum sets and many from the Transformers Alt Modes line. On display are:

Also on display is a large banner with artwork of G1 Trypticon and the Generations logo on it, likely alluding to the Titan class Trypticon that was voted to be next after Fortress Maximus. 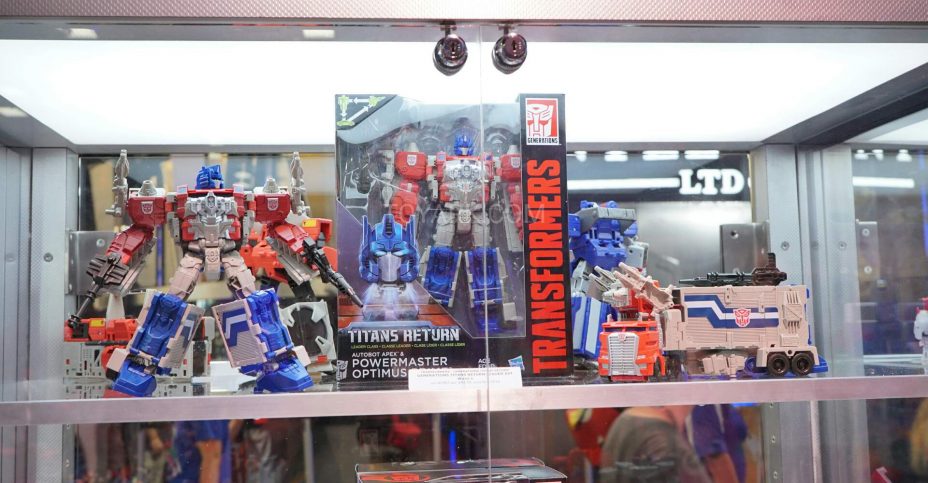 SDCC 2016 Preview Night is in full swing and our news team is on the floor covering the displays as we speak! Our first set of pics tonight is of the Titans Return and Combiner Wars display featuring many figures that are either just hitting retail or have only been recently revealed. Featured in the display cases are:

Also on display is a large setup covered in a slew of various Combiner Wars and Titans Return Figures fighting an intense battle! 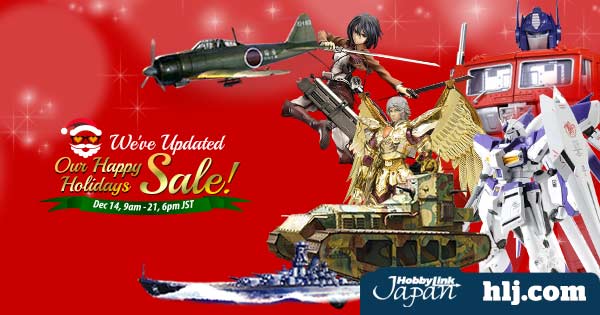 TFW2005 sponsor HobbyLink Japan has posted up their massive Holidays Sale 2015. There are thousands of in-stock items currently on sale across all categories. The sale begins December 14th, and runs to 6:00 pm Monday afternoon, December 21st (all Japan Standard Time, UTC + 9). Here are just a few items you’ll be able to grab at a discounted price.

Updated 12/16 – even more Transformers items have been added to the Holiday sale, check them out here!

Check out this stunning new Transformers: Dark of the Moon Starscream by 3A. They have posted up a bunch of new photos and details for the figure. Here’s all the info direct from 3A:

The treacherous Lieutenant of the Decepticons, Starscream soars the ranks in Premium Scale. Using his guile and cunning Starscream slyly seeks any opportunity to overthrow Megatron and take his place as leader of the Decepticons. The Premium Scale Edition features extremely detailed sculpt and paint applications including Cybertronian Tattoos. Equipped with interchangeable Missile Cluster Arm and an additional interchangeable Saw Blade Arm that is exclusive only to Bambaland!

You can check out all of the photos by reading on. 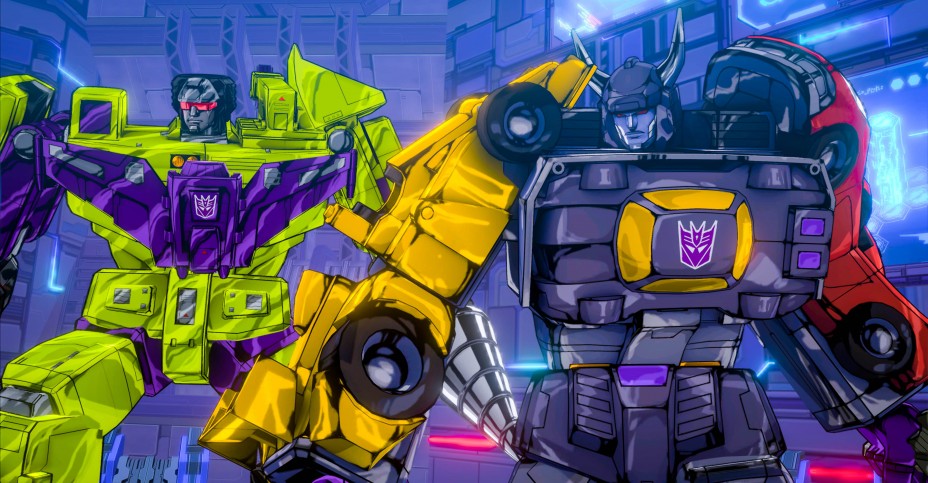 Transformers: Devastation is the highly anticipated video game from Activision and Platinum Dunes. It’s been out for a bit now. But we wanted to share our staff’s thoughts on the game, and give it the proper write up it deserves from our crew. The game is available for the Playstation 4, Xbox One, Playstation 3, Xbox 360 and PC platforms. In the game, you take control of the Autobots and take on the Decepticons to prevent the destruction of Earth. It gives fans of the classic Generation 1 cartoon a chance to live an all-new episode of their favorite franchise. But it has some great nods to the ongoing Combiner Wars toy line that newcomers will feel right at home. Game overview from Activision:

TRANSFORMERS: Devastation is an original third-person action-brawler game based on Hasbro’s colossal science-fiction franchise and developed by acclaimed studio PlatinumGames. Combining fast-paced gameplay and fine-tuned controls, TRANSFORMERS: Devastation evolves the iconic robots in disguise in a way never before seen in a TRANSFORMERS video game. As the treacherous DECEPTICONS launch a cataclysmic assault on Earth, the noble AUTOBOTS will have to muster all their strength to save their new home from destruction.

The Platinum Touch – Forged with PlatinumGames’ one-of-a-kind talent for over-the-top combat with jaw-dropping style, TRANSFORMERS: Devastation harnesses the raw power and speed of the TRANSFORMERS characters for a totally unique and electrifying action experience. Chain together moves – shifting between robot and vehicle forms on the fly – to fuel massive attacks, combos and counters against the towering forces of the DECEPTICONS.

Legendary Characters – Leaping from the screen with vibrant color and bold edges, PlatinumGames’ take on the TRANSFORMERS brand evokes the classic look of their origins with modern cel-shaded animation and visual effects. Renowned series voice actors like Dan Gilvezan, Frank Welker and Peter Cullen have returned to bring life to this monumental battle between good and evil.

A Galactic Showdown – Igniting with an original story inspired by classic TRANSFORMERS comic book adventures, TRANSFORMERS: Devastation races between Cybertron and Earth toward a climactic confrontation between the heroes of the AUTOBOTS and the leaders of the DECEPTICONS. Play as OPTIMUS PRIME, BUMBLEBEE, SIDESWIPE, WHEELJACK and GRIMLOCK – each upgradeable with new weapons, stats and skills – to take down MEGATRON, DEVASTATOR and their allies.