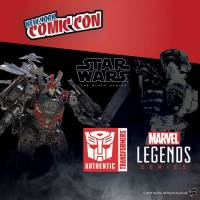 Via Entertainment Earth (@EntEarth on Twitter), we have our first look on what may be an upcoming Studio Series Drift figure sporting his movie accurate paint job from Transformer: The Last Knight. Also, this version of Drift looks to come with a mini version of Dinobot Strafe as seen on screen as well. Entertainment Earth is also reporting that this is the first wave of Hasbro reveals for NYCC which commences tomorrow until October 7th.

Check back tomorrow as we await for the new reveals from Hasbro starting at 8:00 AM PDT and we get further confirmation on whether this is indeed a new wave of Studio Series figures!

END_OF_DOCUMENT_TOKEN_TO_BE_REPLACED

Late last month we reported the news of Hasbro applying for a new trademarked titled “Movie Edition” along with a logo revealed. Today, thanks to Facebook page TFCN, we get a blurry first look of what could possibly be the first figures to launch with this new movie edition series.

Transformers (2007) Brawl and Transformers: Revenge of the Fallen Megatron appear to make another toy debute. It’s hard to analyze the blurry images, but it clearly shows that they are now extremely detailed, better proportioned, and have an amazing looking robot and alt mode (at least for Brawl). These are confirmed to be transformable figures due to the popular “number of steps” logo on the packaging. Furthermore, word has it that they’ll be in a voyager sized scale.

Along with the fantastic looking figures, they’ll also come with backdrops and stands for you to pose the figures and have a dynamic setting for displaying. We still do not have solid concrete information on when these will be released or how much they’ll retail for, but stick to TFW to be the first to know.

Check out the images after the jump!

After multiple rumors, leaks, and blurry images; we now have a clear look at the upcoming MPM-5 Barricade thanks to weibo user Alucardlee.

This is currently the third Movie Masterpiece expected to be released following Optimus Prime and Bumblebee. No word on when it is expected to come out, but we should be expecting it in the near future. If this makes it to the U.S market, we would most likely see it as a Toys “R” Us Exclusive.

We are yet to find more information regarding the matter.

Feel free to sound off after the jump and let us know if you’re excited for this MP or if you’re hoping for other characters to be revealed! 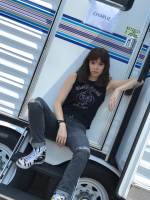 Production for The Bumblebee Movie is at a great start and thanks to Hailee Steinfield herself – we have our first look at Charlie Watson, being played by…well…Hailee Steinfield. The image was released via twitter and we now have an idea of how the character will look in the upcoming movie. Previous articles revealed that Hailee’s character will play a tomboy that works as a mechanic after school and today’s reveal is accurate to the characters earlier descpription. Sporting a Motorhead T-shirt, ripped jeans, and zebra patterned Nike’s, Steinfield character “Charlie Watson” is ready for action.

Check out the new characters look after the jump and sound off in our boards!

The official ParamountUK Twitter account has released a new “viral prank” video in which they replace a painting at the Dulwich Picture Gallery, now, they didn’t replace it with just any painting. The painting features an image of Ironhide placed in an 1815 painting. Visitors and tourists question each other as how the “transformer” got there and if it’s even real. This is all part of a viral marketing campaign Paramount is doing to push the “transformers secret past” theme from the upcoming movie.

Check out the video below and tell us what you think!

Poster and TV Spots mayhem has begun as we approach the release date for the highly anticipated Transformers: The Last Knight film, and thanks to the Cineplex Facebook page and TFW2005 user arun09345, we now have 7 new posters to look at. These posters include Cogman, Bumblebee, Viviane Wembly, Cade Yeager, Major Lennox, Jimmy, and Izabella. They also come in the same artistic style as the previously seen Optimus Prime and Hot Rod posters.

Check them out after the jump and let us know what you think! 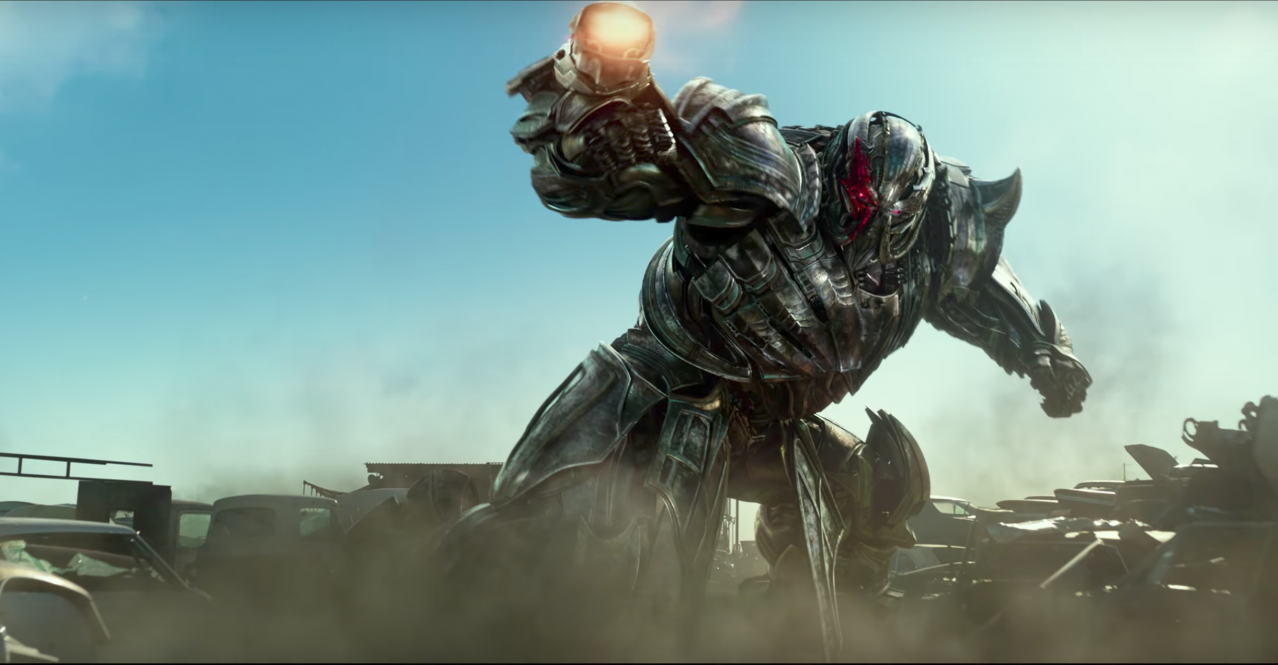 A little over a month since we’ve gotten the last Transformers: The Last Knight trailer, Paramount has continued to spoil us – today they have released the official International Trailer clocking in at 2 minutes and 18 seconds. This new trailer has been released in multiple languages as international trailers are typically released in. Other than that, the trailer is packed with tons of new footage to promote the new movie which is now just weeks away!

Watch the brand new trailer below and sound off on what you thought about it on our boards!

Hollywood Reporter has released a brand new still featuring none other than Megatron himself. The still gives us another very good look at Megatron on one knee pointing his giant sword/axe at Lennox with amazing cinematography as always. This also gives us a taste at the immense scale of Megatron compared to Lennox. The depth of this still also let’s us know that there will be plenty of cool 3D “in your face” shots.

We are a little over a month away from Transformers: The Last Knight hitting theaters. Stay tuned to TFW2005 for more exciting news and sound off on our boards.

Michael Bay via Twitter has announced that we will be getting another look at Transformers: The Last Knight during the MTV Movie & TV Show Awards this Sunday. Not a surprise as we typically get some clip or a TV spot during the awards every time a new Transformers movie comes out. Not much is known on what type of footage we will get, but hopefully it’s something good and new.

Along with the announcement, Michael Bay also went ahead and officially released the previously seen poster with Optimus and Prime going one on one. Check it out after the jump!

Today officially is the beginning of “Reveal your Shield” week in which Hasbro/Transformers will be showcasing brand new Transformers merchandise coming out soon. To start off, today the official Transformers Facebook page released an AD in which featured none other than Peter Cullen and Frank Welker themselves showing off the brand new voice masks. Interestingly, the Megatron mask will feature voice clips from Frank Welker, confirming that Frank will be back to voice Megatron in Transformers: The Last Knight. Hugo Weaving originally voiced Megatron in the first three Transformers movies, after a feud with Michael Bay, Frank Welker had the pleasure of voicing Galvatron in Age of Extinction and now looks to be back for the fifth movie.

Don’t forget that today is also the official launch of the Transformers: The Last Knight toys here in the U.S! Show off what you got in our boards.