Anime Expo happened this past weekend, and Kotobukiya hosted a panel on July 3rd, announcing products and showing new content. Among the panel topics was the new Transformers Bishoujo series. A previously posted video was shown, and it was mentioned that the narrator was none other than Toshiyuki Morikawa, voice actor for Convoy. Pre-order information was displayed, and the audience was informed that the number of pre-orders will determine the future of the Transformers Bishoujo line. Then, the panel reviewed the existing Transformers Bishoujo lineup of Optimus Prime, Megatron, and the recently announced Bumblebee.

The big surprise happened next: an in-panel fan vote for the next Transformers Bishoujo! Panel attendees were asked to cheer for the choice they wanted the most, the choices being Autobot Jazz, Decepticon Starscream, and Decepticon Soundwave. Starscream received the loudest cheers. After that fans were able to voice their requests for characters to show up in the Transformers Bishoujo line.

Do you have thoughts on the Kotobukiya panel and the fan vote? See footage from the panel after the jump, and join the discussion thread in the forums!

END_OF_DOCUMENT_TOKEN_TO_BE_REPLACED 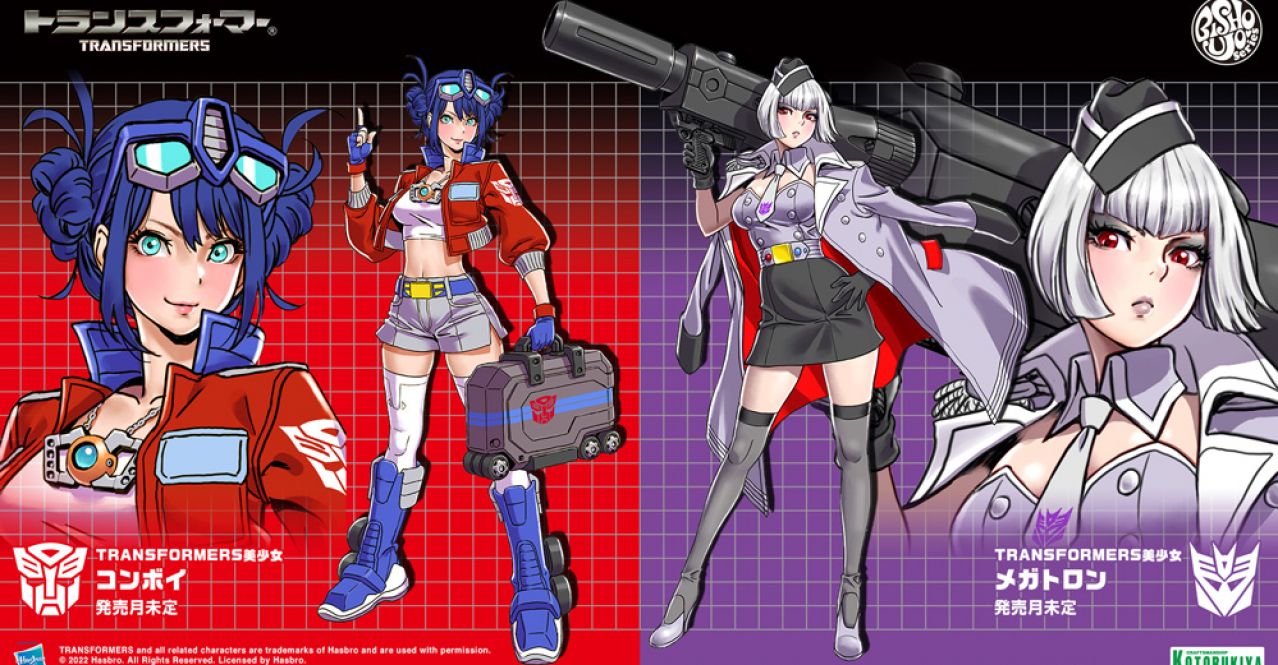 Kotobukiya has been producing Bishoujo statues for Hasbro properties such as My Little Pony and G.I. Joe in their Bishoujo line for a bit now. Now Kotobukiya has moved to adding Transformers to their statue product line! This announcement was made during the Kotobukiya Collection [Winter] online event livestream for figures and statues, and the line is off to a great start, beginning with the leader of the Autobots, Convoy! During the YouTube livestream, the concept art was shown, along with a video of the first sculpt on a pedestal. Convoy is decked out with shades, a jacket, a briefcase based on the trailer, and a Matrix necklace. Additionally, banner images from the figure page also show the Decepticon despot Megatron getting the Bishoujo treatment, with the new design wielding a giant fusion cannon bazooka.

The Bishoujo line is purposely done in an anime style for female characters, as per their description for it:

The Bishoujo Statue is a series of statues based off of Shunya Yamashita’s illustrations of various movie, game, and comic characters in the Japanese bishoujo (young beautiful girls) style. All of these statues are 1/7 in scale and make a great collection when displayed together.

Check out images collected from the stream and social media after the jump!

END_OF_DOCUMENT_TOKEN_TO_BE_REPLACED 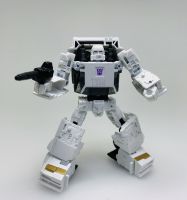 Runamuck is a new mold for the Earthrise collection, and the Battlecharger is shown in two shots, in robot mode and car mode. This Decepticon hooligan is a TakaraTomy Mall exclusive in Japan, available to pre-order now.

END_OF_DOCUMENT_TOKEN_TO_BE_REPLACED

The official TakaraTomy Transformers Twitter have uploaded official images of the upcoming Walmart-exclusive Transformers Netflix Bumblebee and Elita-1 juxtaposed with Siege Optimus Prime, showing off the relative scales of the diminutive yet popular yellow Autobot and the devoted pink Autobot commander. Both anime-inspired designs are available for pre-order on TakaraTomy Mall, with Bumblebee and Elita-1 designated as WFC-09 and WFC-10 respectively.

Click on the bar to see the mirrored images of the figures and let us know your impressions on the 2005 Boards!

END_OF_DOCUMENT_TOKEN_TO_BE_REPLACED

RobocomVR is set to download the Transformers reality into your gaming optics, as they prepare to launch their immersive location-based VR simulator in the Middle East in September.

Esquire Middle East has the scoop:

“Working in collaboration with Hasbro (the makers of Transformers), virtual reality company RobocomVR is preparing for the launch of the first ever location-based VR simulator to offer an immersive Transformer experience, set to debut in the Middle East in September 2020.

For decades, virtual reality has tantalized gamers with the prospect of a fully immersive experience. But the technology has yet to deliver on this promise to larger audiences. In 2020, tech companies such as Robocom are looking to change that having invested considerable resources to develop VR hardware and games.”

“Through the Transformers location-based VR experience, the gamer can fully immerse through themselves as Optimus Prime or Bumblebee engaging with the franchise like never before through the multi-person experience for up to four players.

The multiplayer virtual reality game is an exciting way to put fans right into the middle of the larger-than-life action associated with the Transformers franchise.”

You can read the full article, check out the photos and videos at Esquire Middle East.

In response to the intense firefighting battle against the bushfires occurring in Australia, the folks over at Space Ape have created a kind gesture and are offering a special in-game Australia Fire Relief Bundle, which will be available in Transformers: Earth Wars and other Space Ape games Rival Kingdoms, Samurai Siege, and Fastlane: Road to Revenge.

All revenue from these special bundle purchases will go directly to charities tackling the relief effort.

With firefighting now a real part of the Earth Wars, are you ready to quench the inferno? Blaze your engine lights, blare your sirens as you announce your participation on the boards.

END_OF_DOCUMENT_TOKEN_TO_BE_REPLACED 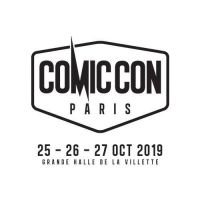 Forum user transform75 informs us that the Ghostbusters-inspired special deco of the much-loved Autobot leader has shown up on a Facebook post by the official Comic Con Paris Facebook page. According to the post, pre-orders are now available online on the Micromania-Zing website (direct link to the figure here).

Prime Ecto-35 Edition has previously appeared as a San Diego Comic-Con exclusive, and we have a gallery featuring the figure in full detail. Check out the official Facebook post announcing the figure’s re-appearance after the jump, and then sound off on the 2005 Boards!

END_OF_DOCUMENT_TOKEN_TO_BE_REPLACED

Via CBR.com we can share for you the full preview of the upcoming IDW Transformers Galaxies #1.

The Transformers Galaxies series will be an spin-off of the new main Transformers ongoing series 2019 featuring secondary characters and their background story. The first arc covers the Constructicons, with writing by Tyler Bleszinski and art by Livio Ramondelli.

Check out the preview pages after the jump! 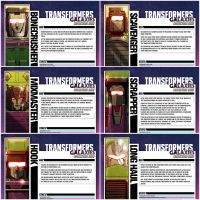 This past week, IDW Publishing has been promoting the upcoming Transformers Galaxies series by sharing the individual Constructicon profiles, one per day. A final profile was released of Devastator, only referred to as “The Combiner” in lieu of his name.

For your viewing pleasure, we have collected and mirrored them into a single post. Check them out after the jump, and sound off on the boards if you’re ready for some mean green constructing machines in IDW’s bold new era of Transformers!

Players that participate will receive one Transformers TCG Booster Pack! If you’re in Las Vegas for the week, be sure to bring your cards and figure out strategies for utilizing Battle and Character cards! Share your in-game strategies on the 2005 boards!