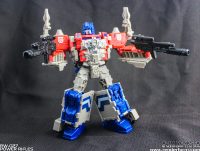 First up there is a set of rifles for Powermaster Optimus Prime, inspired by the original Generation 1 toy. They are only guaranteed to be compatible with the Titans Return version of the toy, as it is currently not known how they will fare with Takara’s Legends Ginrai.

This is followed up with some Combiner Wars sets, including an alternate “Tailclonus” head for Combiner Wars Cyclonus, inspired by the More than Meets the Eye comic series allowing you to make a Lost Light themed combiner. There are also some Generation 2 and Unite Warriors versions of the previous Renderform Combaticon upgrades, which includes recolors of the weapons as well as a Generation 2 Blast Off head upgrade kit.

Finally, last but not least, there is an entirely original creation in the form of the Heartrix! The Matrix of love can be given to your favorite Transformer to show them how much you appreciate them. It is available in gold and silver with red or blue hearts.

Check out the pictures and keep the discussion here at TFW! 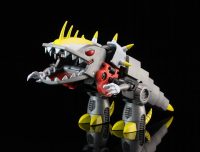 Corbot V have announced their TFcon 2016 exclusive offering. Savage is a Dinobot-themed redeco of their Allicon, Mugger. This grey, yellow, and red version of Reyes can transform into a weapon mode in addition to its beast and robot modes. TFcon attendees can get an extra bonus – a pair of weapons, a gun and a sword. These weapons will only be available at the show! Check out the images of Savage attached to this post.

Those who followed Feral Rex might recall some talk about a Feral Queen figure to accompany Feral Rex, a remold of MMC’s Azalea mold. Coming to us from U.NEM Studios Facebook we now have confirmation that Feral Queen is coming, and she will be an exclusive to TFcon Toronto! Feral Rex and MMC fans should be excited for this release, though, U.NEM Studios has teased that something else shall be revealed tomorrow. What do the rest of you think? Sound off in the thread and check out the pictures after the jump. Remember that TFcon Toronto is next weekend! 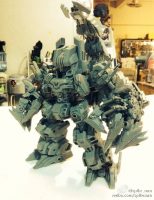 Coming to us from Spikesum and tekmen on Weibo, we have our first pictures of Master Made’s SDT-04 Destroy Scorpion, which is their unofficial version of an SD Scorponok. The figure so far is looking like it will be featuring the same attention to detail and quality as the other Master Made releases, and seems to be their most ambitious project yet detail wise. Check out the new images attached to this post. 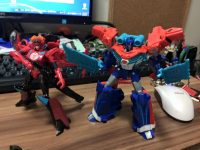 Thanks to HK-TF’s facebook page, we have our first in hand looks of Windblade and Hypersurge Optimus Prime. Windblade features a mostly red deco, though there also appears to be a crown of flames effect in her “hair.” which looks pretty cool. As for Optimus, he looks to be a retool of the regular deluxe Optimus Prime that primarily features a remolded chest and shoulders, as well as two new blue swords and a set of shoulder cannons. Hopefully we’ll see these two on the Stateside shortly, and here’s also hoping we get a Scourge repaint of this Optimus Prime soon! 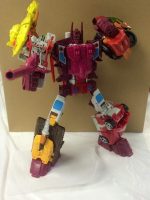 Special thanks to TFW2005 Member The Kup for bringing this to our attention. Earlier, there was a small convention, or “Trial Play” in Hong Kong that featured numerous items from Titans Return, including some of Wave 2, The upcoming Alt Mode line, Power Surge Optimus Prime, and last, but certainly not least, Hasbro’s release of Computron! Check out the pictures and information after the jump courtesy of TFmizer and keep the discussion here at TFW2005!

END_OF_DOCUMENT_TOKEN_TO_BE_REPLACED

Toyworld have announced on their online store that they are doing a second version of their unofficial Devastator, Constructor. This version is in the yellow Generation 2 deco, which has only previously been tackled by Maketoys, in spite of the many other unofficial Devastators out there. This one looks like it will be a Toyworld Shop exclusive. Check out the pic and share your thoughts in the discussion linked below. 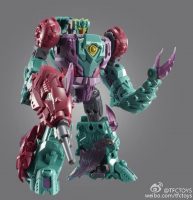 TFC Toys have posted some images of their unofficial Seacon Overbite on their Weibo page. Named Cyberjaw, this terror from the deep maintains the striking pallet of the original Generation 1 toy it takes inspiration from. It’s showcased in these images in robot and sea monster modes, as well as in arm, leg, and weapon forms. Check out the images attached to this post. 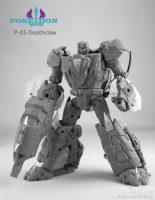 Hot on the heels of the release of the first member of TFC’s Piranacron homage, BigBite, the company has seen fit to reveal the prototype of their latest figure Deathclaw, via their Weibo after teasing it not long ago. Deathclaw is an homage to the G1 Seacon Nautilator, doing his predecessor a fair bit of justice with sharply-sculpted edges and aesthetics full of attitude. Along with the rest of the team, he’ll surely make a great addition to the collections of any Seacon fans.

No listings, release dates, or pricing is available as of yet, but be sure to check back for more 3rd party news, and in the meantime, take the jump to check out the pics!

Coming straight from the Facebook of MakeToys we have the first prototype for the company’s new Cross Dimension series, Striker Manus – an unofficial take on the big bot himself, Optimus Prime! We had previously gotten a colored render of this guy, but this is our first look at the actual prototype. This bot is looking especially stylish, with hard edges and all sorts of attitude inscribed into his sculpt. While we have plenty of bot modes photos here, there are unfortunately none of his vehicle mode as of yet.

Check it out after the jump, and stay tuned for colored pics!