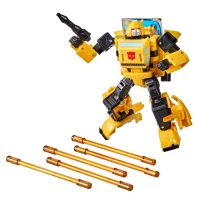 Thanks to In Demand Toys on Facebook, we have images of an upcoming release in the Buzzworthy Bumblebee line, dubbed Origin Bumblebee. This release appears to be a deluxe class figure with an Cybertronian alt mode resembling Bumblebee’s first appearance in the Generation One cartoon. The figure also comes with four energon rods accessary looking like the ones Bumblebee and Wheeljack attempted to transport in the first episode. According to In Demand Toys, it seems this figure might be released in the United Kingdom in August. No information on the price point of the figure yet, but we will bring you updated information as it becomes available. What do you think of this unique version of a Generations Bumblebee? Let us know on the boards after the jump! 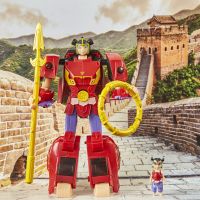 Images from the listing show the “Nezha Transformer” figure will feature some traditional Chinese design elements throughout the toy, and the robot mode’s head sculpt will resemble Nezha’s traditional signature hair style. The figure appears to have articulation similar to a warrior class Transformer, and it will come with the “Universal Ring” and “Fire-tipped Spear” weapon accessories that the character Nezha is traditionally known to wield. Another gimmick this figure features is an opening chest panel where the included small pilot figure of Nezha can fit into. This figure will have a 16-step transformation from robot to car mode, and it retails for ¥169 RMB (approximately 24 USD) What are your thoughts on this unique crossover figure in the Transformers franchise history? Check out the images after the jump, and share with us on the borads!

Viz Media, a popular manga publisher, announced today on Twitter that they will be publishing “Transformers: The Manga Volume 1” in the winter this year. This book is a collection of comic strips that originally appeared in Japanese Magazines, and it was previously available only in Japan through Hero X Comics by Million Publishing. This will be the first time this collection of manga is made available outside of Japan, a golden opportunity to checkout additional Generation 1 lore. Details on translation, price, and exact release date have not been announced yet, but we will bring you updates as it becomes available. Will you be adding this to your comic books collections? Let us know on the boards after jump. 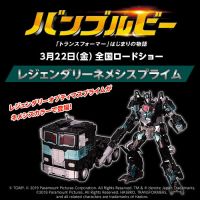 Last week we reported on a teaser posted by 7-Net Shopping in Japan about an upcoming exclusive figure. Today, they have fully revealed that exclusive figure on their website to be Legendary Nemesis Prime, a repaint of the Legendary Optimus Prime released back in Fall of 2018 as part of the Bumblebee Movie toyline in Japan.

Legendary Nemesis Prime will be a redecorated release consisting of mostly black repaint on the figure with teal highlights and red translucent windows, exuding that classic Nemesis Prime caricature. The Ion Blaster accessory from the original release will be included as well. The figure is open for preorder on 7-Net’s website now for 7,500 yen(before tax), which is not much higher than the 6,800 yen retail price of the original figure. However, you will have to wait until September 13th, 2019 to get your hands on this release online or in a 7-11 store in Japan. It’s very possible this release will be offered by some of our site sponsors, so keep an eye out for announcements from them if you’re interested. Check out the images of this evil clone after the break. 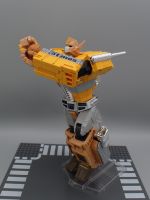 About one week ago, we reported a new color version of MP-10 will be released in Japan. Now thanks to twitter user Alfes2010‘s higekuma toy blog, we have some in hand images of the MP-10 ASL Convoy Atmos Safari Lebron Ver. fresh from Japan. The set of images depicts the Masterpiece figure with its unique paint scheme, highlighting key features like the Lebron emblem on the right shoulder, the leopard print sections, and the earth toned matrix. We can also see the Convoy figure being put into some fun basketball playing poses as well (basketball accessory is not part of the release). Check out some image after the jump. For the full set of images, check out the higekuma toy blog post here. Will you be adding this to your collection of unique MP-10s? Let us know on boards!

Thanks to an announcement by Tokyo Book Store Village Books, a marvelously illustrated official crossover comic of epic proportion for the clash between the original Super Robot “Mazinger Z” and the Super Robotic Lifeforms “Transformers” will be published. The announcement dubbed the book as a realization of the miraculous crossover between two of the world’s most famous robotic hero properties. The book will be produced in B5 sizing (176 x 250 mm or 6.9 x 9.8 inches), with a unified story and full color illustrations in an American Comic art style by a team of 6 prolific Japanese Artists.

According to the synopsis, the story will be about forces of the Cybertrons and the Destrons being sucked into a space-time distortion across dimensions, then appearing in a time Japan where Mazinger Z is active. It is here, along with Dr. Hell and Baron Ashura, that a battle will be unveiled between the 4 sides.

The book will feature 4 different covers with one on the normal release, one on the Amazon Japan exclusive, and two store exclusives versions at Village Books. The book will be 104 pages long, with a release date of March 28th 2019 and a retail price of 1980 Yen. 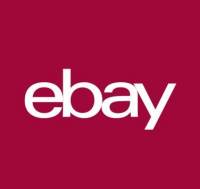 eBay is pushing those coupons! Just a heads up to everyone looking to snag a deal on eBay – they are having a sale that gives 15% off all purchases today only!  Use the coupon code POPUPSAVINGS to get 15% off your order at checkout! Great time to add something to your collection during this holiday season! 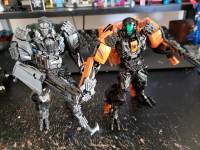 Back in July 2018 we first saw this figure revealed at San Diego Comic-Con, now thanks to our board member SG hailstorm, we have some in-hand images of the upcoming Studio Series figure SS-17 Shadow Raider from Age of the Extinction.

Shadow Raider is a remolded and repainted version of SS-11 Lockdown, which was released in Studio Series wave 2. In this gallery, we see the comparison between the two figure, highlighting the new head sculpt, new bright orange paint job, and new weapon accessory. We also get a look of the two figure side by side in their Lamborghini Aventador alt mode from multiple angles.

Shadow Raider will be released as part of Wave 3 along with SS-16 Autobot Ratchet from Dark of the Moon and SS-18 VW Bumblebee. Is this upcoming Studio Series release for you? Check out that images after break, and let us know on the boards! 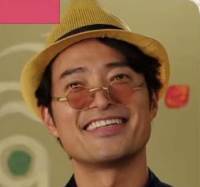 And don’t forget to check out our Gencon 2018 podcasts!

Lupis Checkin’ In:
Our carrier pigeon has finally located Lupis Convoy…at Gencon 2018! Aaron being the carrier pigeon. Let’s catch up on some things, pre-recorded live on the show floor. 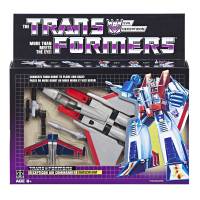 According to a post on site sponsor RobotKingdom’s Facebook page, it appears there will be more Transformers Generations 1 reissues as Walmart Exclusives on the way. This time we are hearing that Devastator, Starscream, as well a set of eight Minibots are coming back on the shelves 30+ years after their original debut. Starscream in particular has already been listed on Walmart.com (although not for sale online), showing the reissue figure will come with a Megatron pistol accessory. The release date from RobotKingdom is listed as July 2018, but it is unclear when these will be released for sale at the retail chain. Check out the images, and let us know if you will be adding this to your Generation 1 collection.