Transformers Animated news from Japan and for the Hasbro run. Check out images for the Japanese Animated exclusive toys, show details and character info. 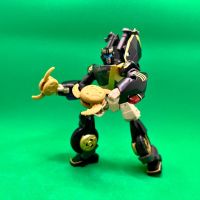 Courtesy of vicegripx on Instagram, we now have an in-hand gallery of the upcoming and much-anticipated Legacy Evolution Deluxe Animated Prowl!

First seen a few weeks ago, it appears Hasbro did indeed listen to feedback on the initial Legacy TFP figures (as they mentioned in our SDCC Q&A) as Prowl retains more of his trademark features despite being G1ified – between this and Leader Skyquake it seems we can expect the updates to be more faithful going forward. Prowl is shown off here in his robot and vehicle modes along with his accessories and some poses.

Check it out after the jump and let us know your thoughts on the boards! 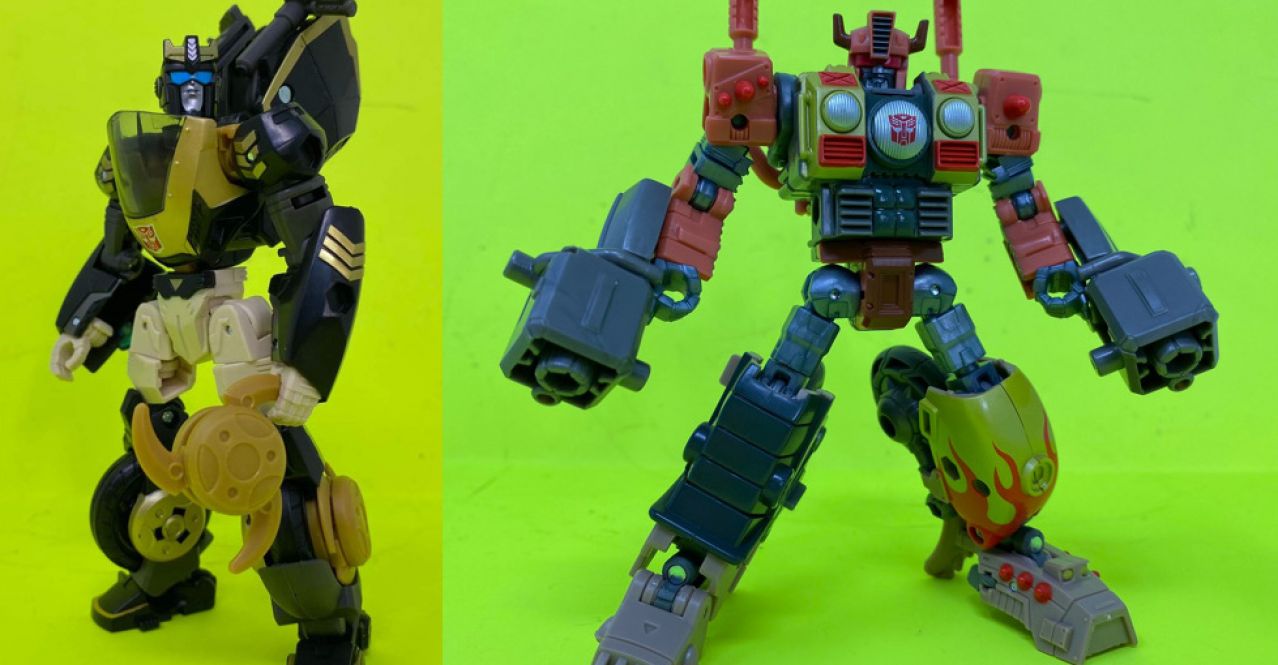 Just in from DaimChoc on Twitter is our first look at the highly-anticipated Legacy Evolution Deluxe Animated Prowl and Junkion 2!

Prowl is looking very accurate to his OG design albeit slightly more “G1-ified”, while Junkion 2 also transforms into a motorcycle and looks like he will fit in well with a Junkion lineup. Both are shown off here in their robot/vehicle modes, as well as posed with their accessories.

Check it out after the break and let us know your thoughts on the boards!

This material comes from a DVD which was part of Derrick Wyatt’s private collection (which was sold to a store in California). This DVD contains early Transformers Animated test footage including unfinished scenes and there are three proposed scores on the disk from the composers of Teen Titans.

Watch a short video sample after the break as well as some screencaps. Stay tuned with TFW2005 for more updates and don’t forget to share your impressions on the 2005 Boards!

END_OF_DOCUMENT_TOKEN_TO_BE_REPLACED 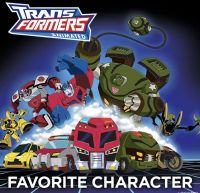 Make sure to write in your votes HERE and then come back and discuss on the 2005 Boards!

The two clips were written by Transformers Animated writer Marty Isenberg and animated by Studio 4C and they have been shared via Twitter courtesy of user @KeyanCarlile.

Watch “Starscream’s Fantasy” and “Transformers Animated Logo” after the jump and then let us know your impressions on the 2005 Boards! END_OF_DOCUMENT_TOKEN_TO_BE_REPLACED 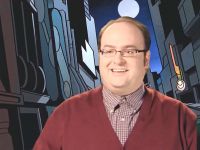 TFW2005 unfortunately has some very sad news to share today.

Transformers artist Josh Perez has posted on his Twitter that fan-favorite Transformers creative, Derrick J. Wyatt, unexpectedly passed away earlier this month. He was informed by Derrick’s sister and says that there will be more information from his family in the future.

Amongst many things in his cartoon career he was one of the main minds behind Transformers Animated, a show that has become a favorite in the Transformers fandom. Derrick was a longtime fan and he became very well-liked over the years for his work – chiefly, he served as the show’s art director, lead character designer, and color stylist.

TFW2005 had the honor of interviewing Mr. Wyatt back in 2008 where he offered a lot of insight into his life and his love for the brand. You can read it here.

We would like to offer our sincere condolences to his family and friends.

Transformers Animated never got a proper ending, but TFNation joined with Transformers historian Chris McFeely and AllSpark Almanac author Jim Sorenson to bring a 60-page fan-fiction of the highest order: The Transformers Animated: Trial And Error Graphic Novel. It also featured incredible art by Ed Pirrie, Herzs Palter and Gavin Spence with luscious lettering by Andrew Turnbull with an amazing cover and character design by Josh Perez. This great fan effort was available only as a limited print run for lucky TFNation 2017 attendees.

With just a few hours left for Christmas to end, TFNation is giving all Transformers Animated fans a great final Christmas gift. Check out TFNation blog for a free download of this comic in two formats: A low-res web friendly pdf file or a high-res printable pdf.

Merry Christmas one and all! We are sure many fans would be more than happy to access to this material. Once you download and read your comic, don’t forget to share your impressions on the 2005 Boards! 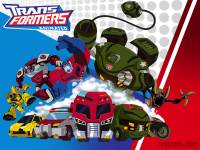 At his panel on Sunday 18 August 2019, Marty Isenberg shared some additional details on Transformers Animated, including a few more things we might have seen in a possible Season 4.

Some key points included how Hasbro wanted to do some toys (Powermaster Optimus Prime and Marauder Megatron) and how this would have influenced the show. There was also reference to how Optimus Prime would have got his Movie flames (another toyline influence, intended to sell a redecoed Optimus). Spare a thought also for Beachcomber – the team wanted to have him killed off in Season 3, in a cut scene. He’d have died in Season 4 instead, and if that got cut, he’d have died in Season 5.

Lastly, they never fully figured out Sari’s story. But Sari’s true purpose would have figured into the series finale.

Read on for all the details from the panel.