After a long wait and much speculation, Hasbro Pulse have taken to their social media to announce that a new Transformers Fanstream will finally be taking place a week from now on Tuesday, January 31st.

“Get ready to #RollOut for a Transformers #Fanstream coming in hot next week on January 31st at 11:00am ET! Join Ben and the rest of the #Transformers team on our YouTube channel for a reveal packed stream and see the newest #Bots that you’ll want to add in your collection!”

Let us know what you’re hoping to see on the boards!

It’s just a few seconds Instagram video but we are sure fans will really enjoy listening to Peter Cullen one more time in his most iconic role in our franchisea as the leader of the Autobots.

Watch the clip after the jump and pay attention to the line, then hit the discussion buttom below and share your impressions on the 2005 Boards!

END_OF_DOCUMENT_TOKEN_TO_BE_REPLACED

Amazon.com has been rolling out digital coupons for Transformers and other toys over the last several weeks. These tend to go in and out of being active, and pop up on different items each day (and through the day). In addition, regular discounts are also active on many items, so discount + coupon equals a good amount of savings, sometimes under 15 bucks for deluxes, if you find something needed for the shelves. We’ve rounded up what’s available as of right now, so check the items out below if you missed something or just feel it’s worth it to pull the trigger at the cheaper price. We’ll try to update this as we can if new stuff pops!

Coupons for 11/10/22
Of note: we participate in Amazon’s affiliate program and will make a commission if you purchase something after following one of these links. 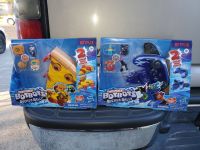 Thanks to 2005 Boards member vvvTheONEvvv we have our first in-package look at the new Transformers Botbots Ruckus Rally Series 6 Racer-roni & Outta Controler multipacks.

We finally have a look at these two Botbots vehicles which come with 5 additional Botbots per pack. It seems Botbots wave 6 have started to ship, so get ready to add some more crazy and fun Botobots in your collection.

To top it all, 2005 Boards member Strafe has provided us with images of the inner catalog/checklist featuring the new tribes: Custodial Crew, Pet Mob, Hunger Hubs, Gamer Geeks and the new and rare Oil Slicks!

See the new images after the break and let us know your impressions on the 2005 Boards!

END_OF_DOCUMENT_TOKEN_TO_BE_REPLACED 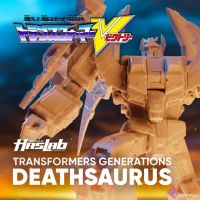 As expected, Japanese fans will also join Deathsaurus crowdfunding and we are sure they will be an important addition to the number of backers. The tweet confirms that it will be offered via Takara Tomy Mall and pre-orders will go live soon. Takara Tomy did the same with HasLab Victory Saber for their market.

Deathsaurus has already reached 5000 backers in the US in just 2 days and you can still support the crowdfunding via HasLab website until December 12th, 2022. Let’s say go!

END_OF_DOCUMENT_TOKEN_TO_BE_REPLACED

Hasbro Pulse has just taken to their Twitter to announce that a Premium Fanstream will be taking place on Thursday, October 27th at 5pm ET. They promise to have reveals, giveaways, and preorders:

“#HASBROPULSE PREMIUM MEMBERS! You’re invited to the 1027 Hasbro Pulse Premium Fanstream happening Oct. 27th at 5pm ET! This event is for YOU, ft new product reveals, giveaways, and access to pre-orders! Not a Premium member yet? Sign up today on http://HasbroPulse.com!”

Let us know what you’re hoping to see on the boards! 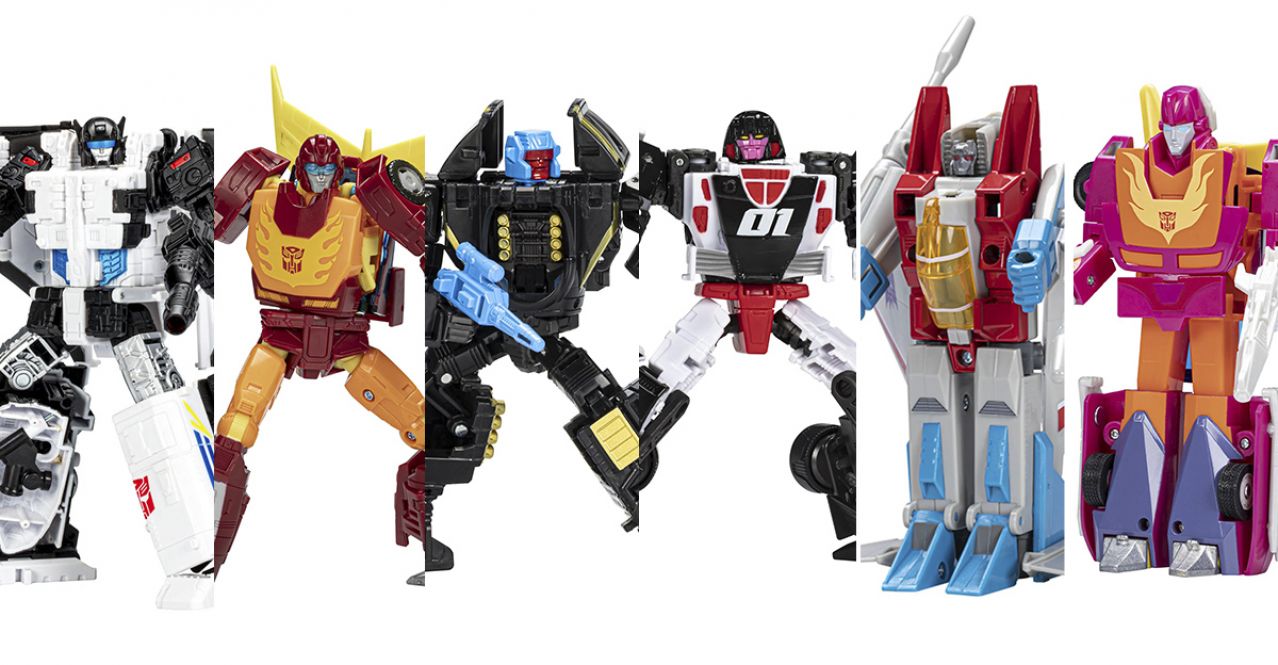 First, we have the new wave of the Velocitron Speedia 500 Collection:

We also have the reveal of some new Transformers Retro The Transformers: The Movie collection toys. They are reissues of G1 toys in movie-accurate deco and beautiful retro-style closed box featuring new art.

We will update the listings as they go live. While Walmart exclusive items, some limited stock is also showing up via Hasbro Pulse.

See all the mirrored stock images after the break and then share your impressions on the 2005 Boards!

END_OF_DOCUMENT_TOKEN_TO_BE_REPLACED

Hasbro is all set to live broadcast their annual Investor Day on October 4th, 2022.

For those who do not know, Hasbro’s Investor Day is the equivalent of Disney’s D23 (well, sort of). Every year Hasbro will showcase its entire plan for the following year. Since very recently, Hasbro has ditched its usual formal approach to Investor Day in favor of a much more entertaining one; akin to the aforementioned D23.

Hasbro will discuss and showcase future plans for almost all of its properties. This year’s event is set to go on for a whopping  3 and a half hours starting from 9 AM EDT.

We expect to see and hear about Transformers: Rise of the Beasts, Transformers: Earthspark, G.I. Joe Classified Series, G.I. Joe Snake Eyes console game, the Agreement between Hasbro and Paramount, the new Comic Book License for Transformers and G.I. Joe properties, and many more.

For those who wish to watch the show online, you may register via Hasbro’s official website. If embedding is allowed, TFW2005 Network will host a link to the stream during the event.

You can check out this year’s agenda, after the jump.

END_OF_DOCUMENT_TOKEN_TO_BE_REPLACED 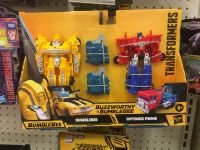 And we finally have our first US sighting of the new Rise Of The Beast toys!… well, sort of. 2005 Boards member Vector Oracle was lucky to find the Transformers Buzzworthy Bumblebee Rise Of The Beasts Energon Escape 2-pack at a Target in Albany, California.

While a new sighting, we had learned while back in April that these toys are repacks of the Energon Igniters Power Series figures from 2018’s Bumblebee toyline.