Hasbro Pulse Fan Fest took place last Friday, showing off some upcoming goodies later this year. Today we were able to sit down (on Zoom) with members of the Transformers brand team and some other fans to chat about it and the brand overall. Read on to check out what was said after the break!

END_OF_DOCUMENT_TOKEN_TO_BE_REPLACED 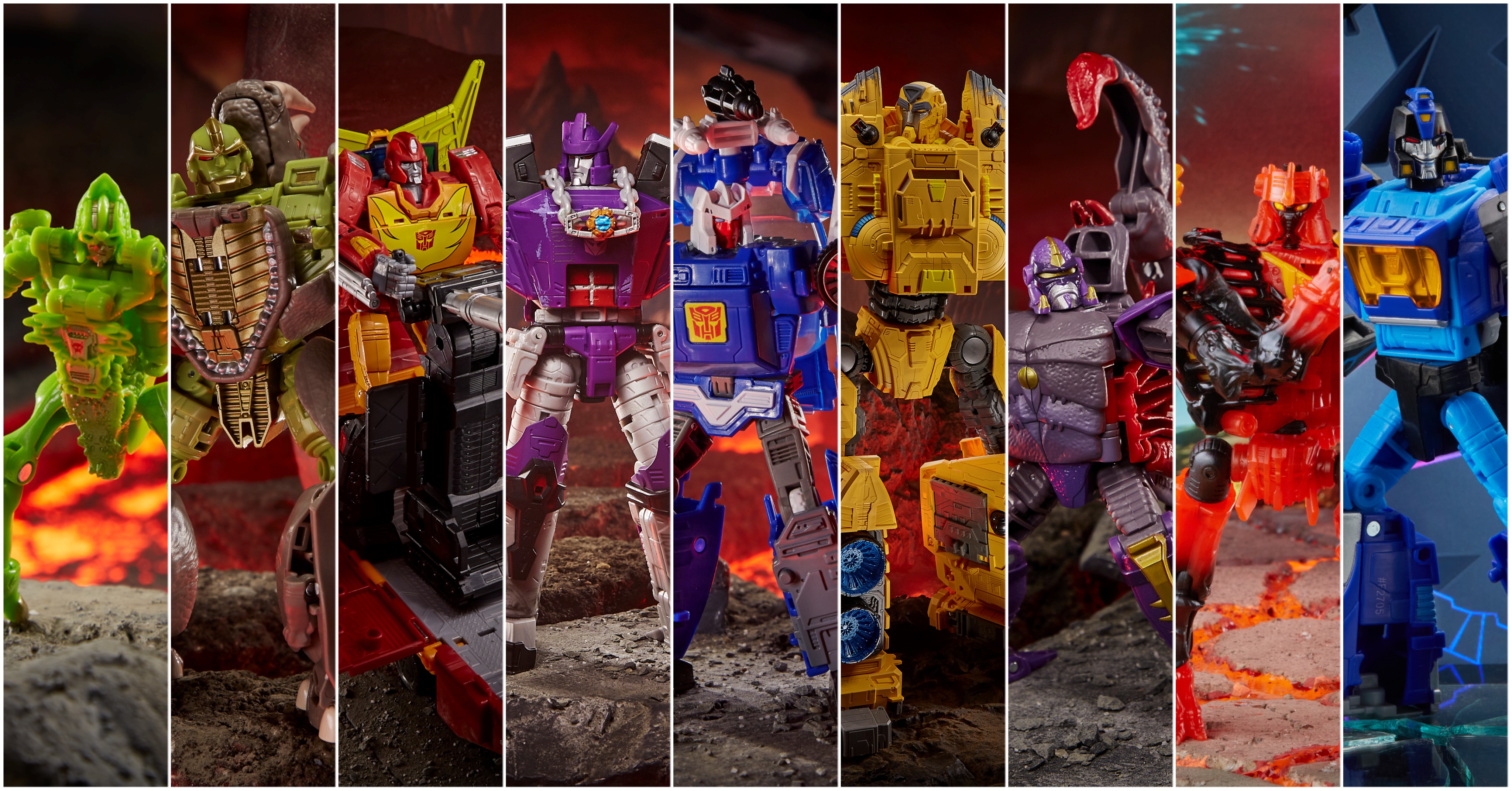 Hasbro Pulse Fan Fest is today, and that means new goodies for us to get our hands on. Check the list below for all the new pre-orders at our sponsors and exclusive retailers!  Full product descriptions and high res product images are available after the break!

END_OF_DOCUMENT_TOKEN_TO_BE_REPLACED 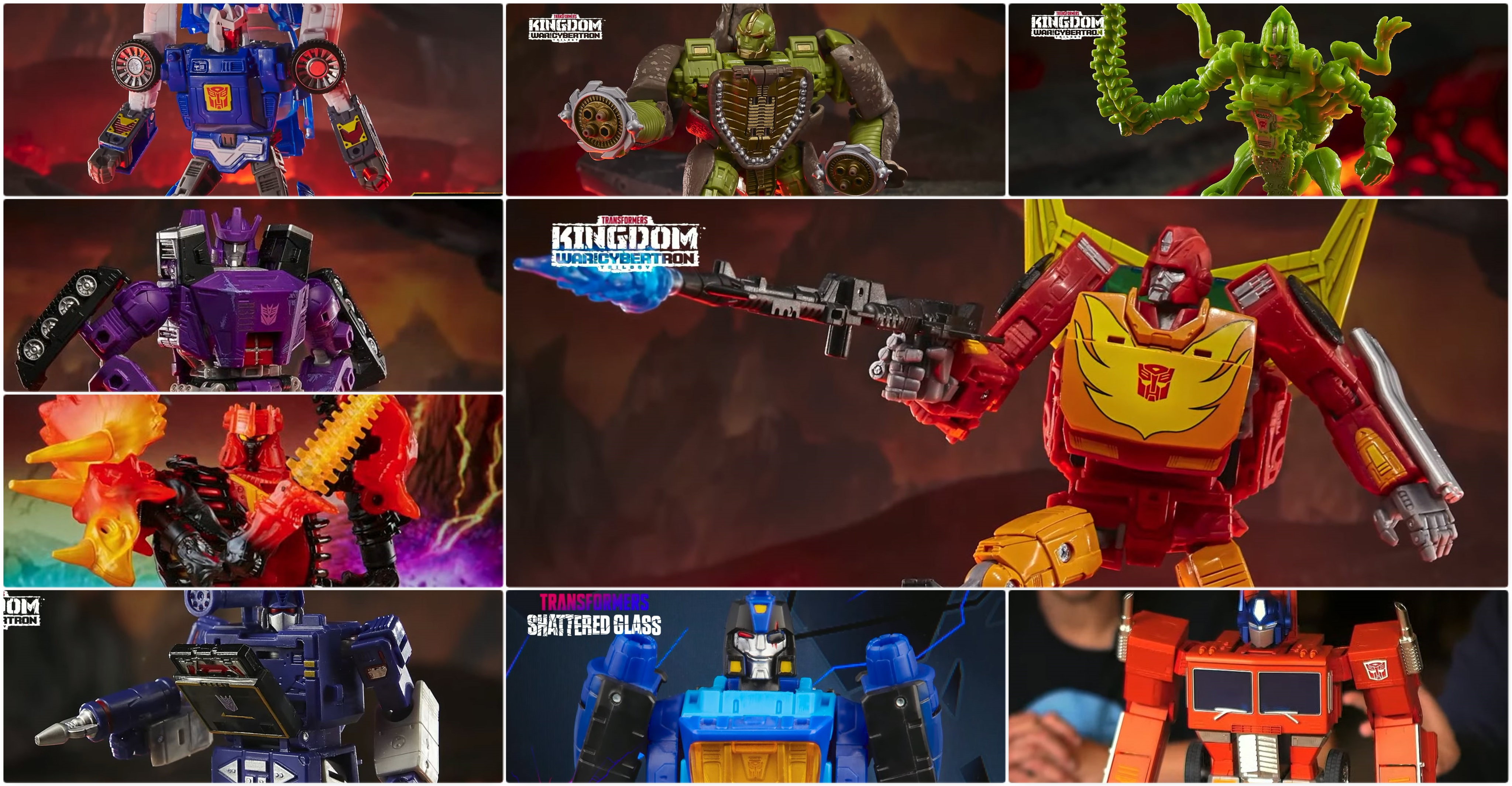 Hasbro Pulse Fan Fest is in full swing and the Transformers panel has just finished. Check out pics after the break and details below!

Final chapter of Transformers: War For Cybertron Kingdom is launching in July 2021.
Rachel from Marketing and Mark from Design is hosting the panel.
Mark’s mustache is now a beard.
Rachel is pregnant with a Decepticon, apparently. Congratulations!

Last two WFC reveals are not up for pre-order. Those are for retailers.

END_OF_DOCUMENT_TOKEN_TO_BE_REPLACED

Hasbro has revealed the dates for it’s next bigger online fan event – Hasbro Pulse Fan Fest.  It’s slated for April 9th 2021.  There will be panels for multiple brands streaming on their Youtube channel along with Pre-Orders and special access for Hasbro Pulse Premium members.  Check out the details below!

Hasbro Pulse Fan Fest is a front row seat to engaging brand panels, behind-the-scenes content, product reveals, and exciting interactivity, all in celebration of the people that inspire us to do what we do every day: our Fans. The schedule is filled with exciting brand panels that will offer fans exclusive news and opportunities to secure their favorite products before anyone else, as well as special guest appearances, product giveaways, and more! This event will be hosted by SYFY Wire on-air correspondent, writer, and producer, Jackie Jennings, and available to watch exclusively on Hasbro Pulse YouTube.

More after the break!

END_OF_DOCUMENT_TOKEN_TO_BE_REPLACED

Keith’s Fantasy Club via Wikialpha have unveiled a new version of their unofficial cassette Slugfest. Justice Haymaker is based on the Shattered Glass version of Slugfest, released in the recent E-Hobby Shattered Glass Blaster VS Soundwave set. END_OF_DOCUMENT_TOKEN_TO_BE_REPLACED

Our friends at Fan2Fan have added pics from another event. This time its for the Wonder Festival Summer 2005. You can see a few pics of the Misha figure from Kit Factory and some pics of the Takara display. See them at Fan2Fans Mainpage.

Thanks to Nevermore for the heads up.

Our friends at Fan2Fan have added pics from another event. This time it's for the Wonder Festival Summer 2005. You can see a few pics of the Misha figure from Kit Factory and some pics of the Takara display. See them at Fan2Fan's Mainpage.

Thanks to Nevermore for the heads up.

KillerMel of our 2005 Boards has let us know that there will be an amazing World's Smallest Transformers Ultra Magnus Trailer at the World Hobby Festival in Japan on May 5th.

The trailer will cost 6500 Yen and is limited to 30 pieces or less! Check it out Here.

Fan To Fan brings us an update today on the Wonder Festival 2004 Summer.

Unfortunatley, there was nothing in the way of new figures from Takara, though BT-08 Meister (Red and White) and Predaking were on display. There was however an “event limited” Megatron Sword from Kit Factory. It is a fucll diecast version of Megatron's sword from the Superlink series.

There was another event in the same venue, called the “Toy Festival”. Of not from here are the first pictures of the Transformers Generations Deluxe promotion lucky draw, Primus. Primus is a gold plated G1 Rodimus Prime.

Head on over to Fan To Fan for more pictures.

FanToFan hasn't missed a beat since returning from a week off. Fresh off of supplying TFW2005 and the fandom clips from Episode 7 of Super Link, FanToFan has posted pictures of several exciting news items from this weekend's Wonder Festival 2004 as well as some exciting scans from the latest issue of Hobby Japan.

Click here for exciting news about Lucky Draw “Shining Unicron” and Primus and much, much more! Check out pictures from the Festival here.

Update: Snakas' Autobase Aichi also has pictures of the event. You can see them here.