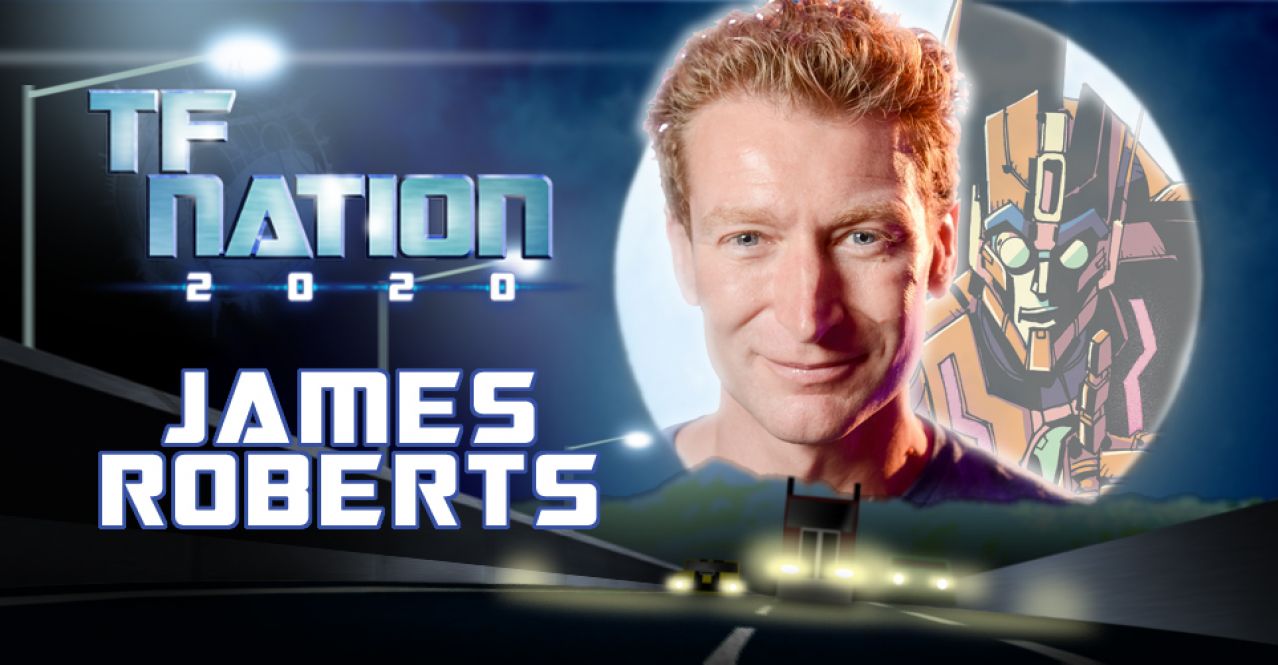 We continue bringing you news from the TFNation 2020 guest line-up, and we can announce that James Roberts will attend TFNation 2020.

Transformers: More Than Meets the Eye and Lost Light writer James Roberts has been recognized as the fan-favorite – and award winning – writer from the previous incarnation of the IDW Transformers universe. Nowadays, he still working in IDW Publishing’s comics mini-series based on the eponymous RPG, Starcadia Quest.

James Roberts joins Lee Sullivan (original artist from the days of Marvel’s Transformers run in the UK) Tania Gunadi (voice actor for Bulkhead’s best buddy Miko Nakadai) at Europe’s largest Transformers convention. It returns once again to the Hilton Birmingham Metropole and it will be taking place over the weekend of 14 – 16 August 2020. 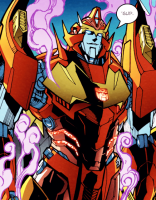 Fans of IDW’s More Than Meets The Eye/Lost Light series are in for a real treat this Friday as James Roberts has announced that he’ll be hosting what is popularly known on Reddit as an AMA session! For those unfamiliar, that’s “Ask Me Anything” and this one is specifically for MTMTE/LL! However, this one will take place in a one-hour livestream on Instagram. Anyone wishing to participate and ask Mr. Roberts your robot-related questions can submit via Twitter using the hashtag #LLQs and find him on Instagram at j.roberts332.

The Livestream will start at 10pm GMT (5pm EST) this Friday, November 30th and fans will presumably have until then to submit their questions.

IDW Transformers: Lost Light issue 25 was released past November 7th, and it brought the gran finale of this fan-favorite Transformers comic title. It’s been a long ride that started in 2012 with “More Then Meets The eye” title, and later became “Lost Light” in 2016, but all good things have to end sometime.

IDW writer and Transformers fan James Roberts was one of the keystones of this saga, and care of Escapist Magazine website we have access to a very interesting article where James Roberts shares his impressions and creative ideas on how easy and difficult was for him to write a proper ending for “Lost Light”.

We are sure any comic fan would find this article a really worth reading. Not much to say, so you can enjoy by yourself the article here. After that, you can share with us your impression on the 2005 Boards!

TFcon is very pleased to welcome back James Roberts the writer of the fan favorite comic book series Transformers More Than Meets The Eye and Transformers Lost Light to TFcon Chicago 2018. Mr. Roberts will be taking part in Q&A panels and autograph sessions with the attendees of America’s largest Transformers convention and will have select scripts available.

Thanks to Comics Beat website we have a very nice reading for all of you. A great Interview with James Roberts on Lost Light Finale.

James Roberts, writer of “More Than Meets The Eye” and “Lost Light” (among other titles), shares his views on how he developed his storytelling for the final arc of Lost Light, which is finishing together with the rest of the IDW universe this year. He also comments on how he developed some characters and their importance in the events of the main storytelling.  James really appreciates fans paying attention to the story, character and details about them. About this final arc we can share for you this line:

“…it really is like our version of Infinity War. And I’ll make no apologies – there’s alotgoing on”.

We should really expect a lot coming in hot this year with the last issues of Lost Light. You can read the full interview here or you can read a full transcript after the jump.

END_OF_DOCUMENT_TOKEN_TO_BE_REPLACED 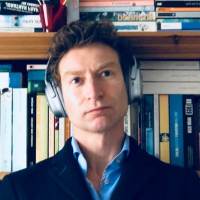 More Than Meets The Eye/Lost Light writer James Roberts has confirmed whether or not he’ll be writing for Transformers after Lost Light ends. Unfortunately for fans, James will be taking a step back from Transformers. The IDW Transformers universe will be coming to an end in September when Unicron pays the Transformers a visit. Optimus Prime will be ending with issue 25 and Lost Light will end with issue 25. After that, IDW will reboot the Transformers with new stories and a new continuity. It’s been up in the air whether or not Roberts will be a contributor to the new Transformers continuity but this seals that. While James has said he’s taken a break, it doesn’t mean he’s done forever. But after 54 issues of More than Meets the Eye, 25 issues of Lost Light and a handful of annuals, a break is fully deserved. Hopefully James won’t stay away from us for too long.

You can jump in with your thoughts and speculations after the jump. 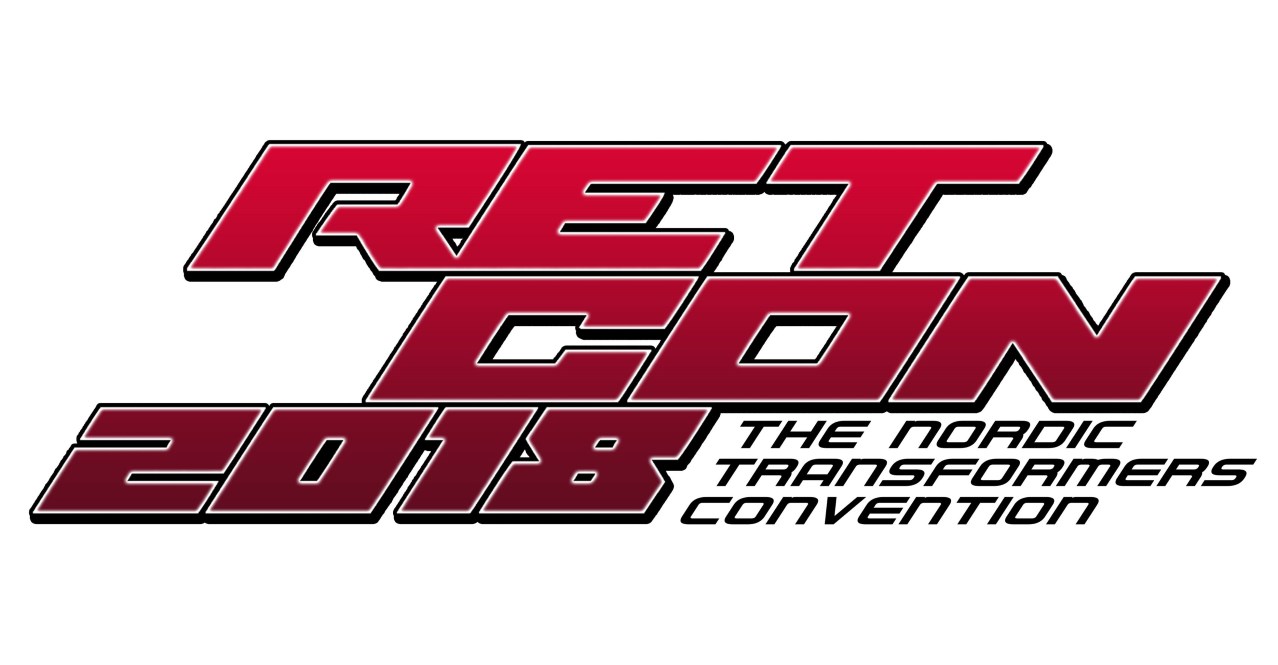 The Nordic Transformers Convention, RetCon, is coming back for their second year. RetCon 2018 will be held on 2 June 2018 in Helsingborg, Sweden.

RetCon will be sponsored by Hasbro Nordic, and will have its own convention exclusive comic “The skin that I live in“, which features a script penned by the legendary Generation 1 scribe Simon Furman, and an exclusive BMOG figure set “The Kuma”. That’s not all, though – fans attending will be able to meet guests including IDW artist and writer Nick Roche, whose credits include the IDW Wreckers trilogy – Last Stand of the Wreckers, Sins of the Wreckers, and Requiem of the Wreckers; fan-favorite IDW writer James Roberts, who co-wrote Last Stand of the Wreckers with Nick Roche, introduced a whole pre-war history to the IDW continuity with Chaos Theory, and took Transformers comics in a new direction with More than Meets the Eye and Lost Light; and speaking of pre-war Cybertron, Eric Holmes, writer of Megatron: Origin, will also be in attendance.

RetCon 2018 will be held at the hotel Good Morning+ Helsingborg in southern Helsingborg, Sweden, on 2 June 2018. Be sure to check out the RetCon website for more information, and follow RetCon on Facebook for further updates. 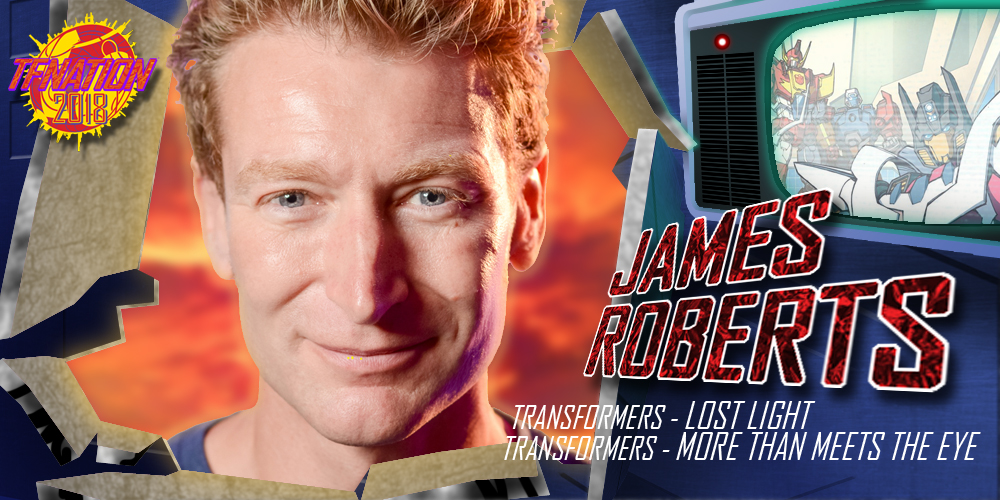 TFNation have announced the next guest for TFNation 2018. Joining the existing guest lineup is the fan-favorite Transformers comic writer, James Roberts!

James Roberts got his start as a part of the Transmasters UK community, even penning his own fan novel, Eugenesis. His big break has come with IDW Publishing’s line of Transformers comics and a trilogy of loved Transformers books: Last Stand of the Wreckers, More than Meets the Eye, and Lost Light. Last Stand of the Wreckers, co-authored with fellow Transmasters UK alumni Nick Roche, was a massive hit that drove him the darker side of a massive galactic war, as well as propelling obscure characters like Overlord, Ironfist / Fisitron, and Rotorstorm to greater levels of popularity. Such was the popularity of the series that James was given an ongoing series to write, More than Meets the Eye, which has garnered many awards as a series as well as for James himself personally, and has become a darling in some parts of the fandom for how well it develops the characters. His latest work, Lost Light, is a continuation of More than Meets the Eye which continues to excite month on month, as well as garnering further awards. James will be available to meet attendees, sign autographs, and sell scripts throughout the three day run of TFNation from 17 – 19 August 2018.

TFNation 2018 will be taking place over the weekend of 17-19 August 2018, at the Hilton Birmingham Metropole in Birmingham in England. James Roberts will be joining fellow guests musician Stan Bush and voice actor D.C. Douglas, with many more guests yet to be revealed! Check out the TFNation homepage for more information.

TFcon is very pleased to welcome back James Roberts the writer of the fan favorite comic book series Transformers More Than Meets The Eye and Transformers Lost Light to TFcon Toronto 2018. Mr. Roberts will be taking part in Q&A panels and autograph sessions with the attendees of the world’s largest Transformers convention and will have select scripts available. 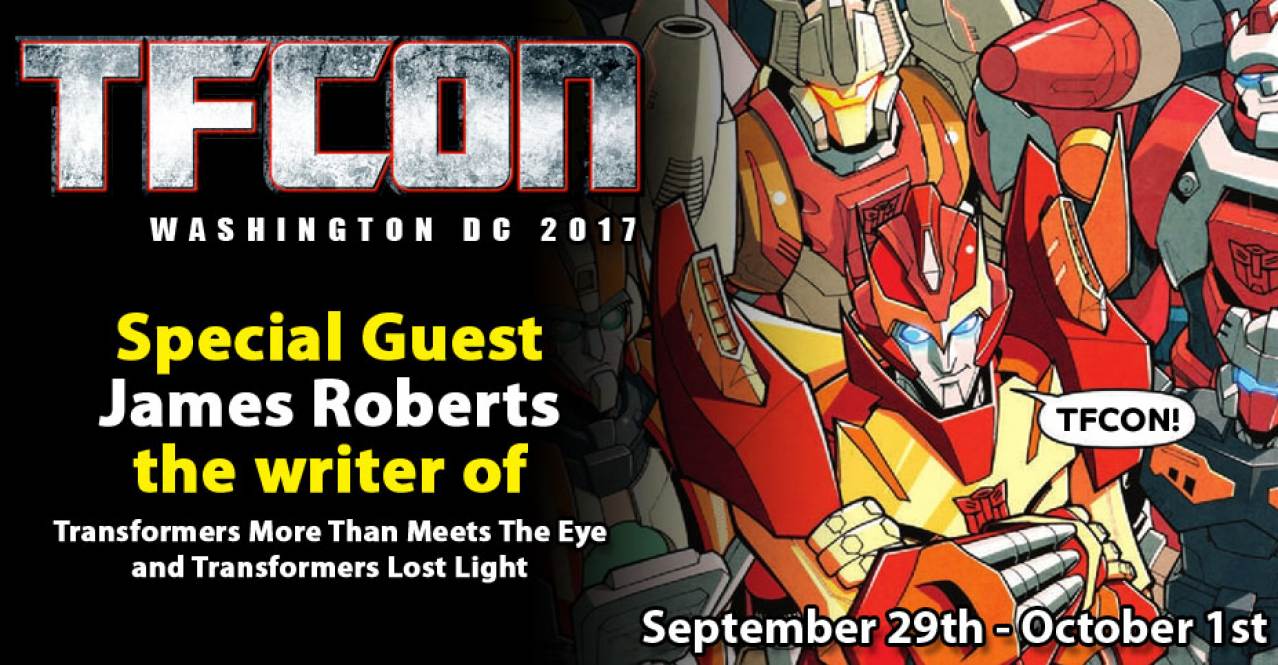 TFcon is very pleased to welcome James Roberts the writer of the fan favorite comic book series Transformers More Than Meets The Eye and Transformers Lost Light to TFcon DC 2017. Mr. Roberts will be taking part in Q&A panels and autograph sessions with the attendees of America’s largest Transformers convention and will have select scripts available.

TFcon – America’s largest fan-run Transformers convention will take place in Washington DC the weekend of September 29th to October 1st, 2017. TFcon USA will take place at the Hyatt Regency Reston in Reston, Virginia with special guest NEIL ROSS the voices of Bonecrusher, Hook, Sixshot, Slag and Springer in Transformers Generation 1. Online booking for the TFcon DC 2017 hotel block is now available. Attendee registration will be available in the near future.