Stay tuned to this space and the TFNation blog for more details, then join in the discussion on the 2005 boards!

END_OF_DOCUMENT_TOKEN_TO_BE_REPLACED

More convention exclusive artwork news for you, this time from TFNation 2020 as we approach Ticket Release Day on February 15th:

Our resident artist Ed Pirrie has put together a limited edition piece of A4 ( 8.3″ x 11.7″ ) art highlighting our guest’s career and his multiple Optimus Prime incarnations! They will all be Pre-Signed by Peter Cullen himself, along with a TFNation certificate of authenticity to show off to anyone who challenges that claim.

Each piece will be a separate purchase of £50, no matter your type of ticket, and available to pre-order as you book your tickets to the convention, with collection on arrival. Remember, these are part of a limited edition run, so once they’re gone, they’re gone – and as such, we’re setting a limit of 10 copies per buyer.

Europe’s largest Transformers convention is scheduled for August 14-16, 2020, at the Hilton Birmingham Metropole. Marvel at the artwork attached to this post, remember to stay tuned to this space and the TFNation Blog for the latest updates, then sound off on the 2005 boards!

With six days left to go until Auto Assembly 2012 kicks off, we have two more guest announcements to pass along to you. Adding to the already considerable Auto Assembly 2012 guest listing we have Ed Pirrie, a notable fan artist who has done work for the Transformers Mosaics, Transmasters UK and lots of work for Auto Assembly 2011 including the exclusive postcards, lithographs and full length strips in the Cybertronian Times. Joining him will be Sam Palmer, one of Titan UK’s up and coming colorists, whose first work is due to be published in the September 2012 Transformers Prime comic magazine.

And in case you missed it, the contents of the goodie bag, available to all guests and non-attendees has also been announced. Open the link above to find out more. END_OF_DOCUMENT_TOKEN_TO_BE_REPLACED

I’ve been given permission from @IDW_David_M to share the cover I did to the upcoming Transformers #41. Hope you like it! Turns out it wasn’t shared with the solicitation just because it hadn’t quite been approved by then. I will say, all of my prior covers have been very much “pose for the camera!” images, so I was very glad to get to do one that had some action to it!

Look for this issue to land March 16th and in the meantime, sound off on the 2005 boards!

END_OF_DOCUMENT_TOKEN_TO_BE_REPLACED

Check out the artwork attached to this post, then join in the discussion on the 2005 boards!

END_OF_DOCUMENT_TOKEN_TO_BE_REPLACED

TFNation resident artist Ed Pirrie follows up the recent Transformers issue #20 cover A debut by sharing a start to finish view of his art process, each part of which is attached to this post.

Share your impressions of this artwork on the 2005 boards!

END_OF_DOCUMENT_TOKEN_TO_BE_REPLACED

TFNation resident artist Ed Pirrie joins PREVIEWSworld in updating our April solicitations coverage with a look at his cover A for Transformers issue #20.

“Swindle’s.” If you’re looking for something in Cybertron’s black market, your best bet is almost inevitably Swindle’s, an illegal den of contraband skitter racing, and more. It’s great for those looking for a way to get their hands on weapons and supplies, and greater still for the Security Operatives who know what’s going on and are about to start a raid…

Remember to put this issue on your April 1 pull list, then join in the discussion on the 2005 boards!

END_OF_DOCUMENT_TOKEN_TO_BE_REPLACED

Transformers Animated never got a proper ending, but TFNation joined with Transformers historian Chris McFeely and AllSpark Almanac author Jim Sorenson to bring a 60-page fan-fiction of the highest order: The Transformers Animated: Trial And Error Graphic Novel. It also featured incredible art by Ed Pirrie, Herzs Palter and Gavin Spence with luscious lettering by Andrew Turnbull with an amazing cover and character design by Josh Perez. This great fan effort was available only as a limited print run for lucky TFNation 2017 attendees.

With just a few hours left for Christmas to end, TFNation is giving all Transformers Animated fans a great final Christmas gift. Check out TFNation blog for a free download of this comic in two formats: A low-res web friendly pdf file or a high-res printable pdf.

Merry Christmas one and all! We are sure many fans would be more than happy to access to this material. Once you download and read your comic, don’t forget to share your impressions on the 2005 Boards! 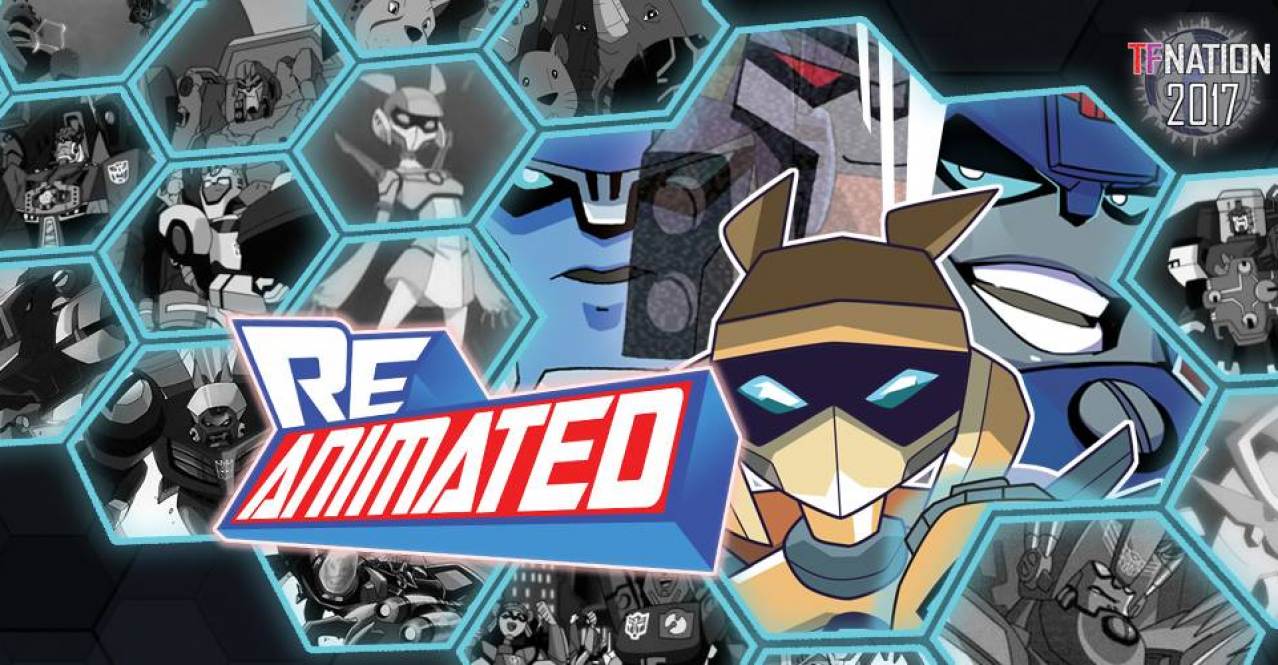 TFNation have announced that this year’s convention will have an exclusive, 60 page graphic novel. Titled Transformers Animated: Trial and Error, this graphic novel will present a possible conclusion to the much-loved show, drawing on official story hooks from the unmade fourth season from the creators themselves! Featuring a script by TFWiki’s Chris McFeely and the Allspark Almanac’s Jim Sorenson, the project boasts art by Ed Pirrie, Herzspalter, and Gavin Spence, lettering by Andrew Turnbull, and cover artwork by Josh Perez – Josh is also responsible for the original character designs featured in the story!

Arriving in time for your New Comic Book Day shopping is the 5-page preview of Transformers issue #43, via Graphic Policy. How many problems will the Autobots be able to solve and what offer could stop their journey? Tune in to the Senate of Cybertron, then join in the discussion on the 2005 boards!