TFW2005HisstankTokuNationToyark
Home » Transformers Video Reviews » Game Over: Transformers: Forged To Fight To Be Shut Down In 2023

Sad news for all Transformers: Forged To Fight players. The official website of the game have just made an announcement about the game to be shut down in the upcoming month.

According to the information shared, all servers will be shut down on January 13th, 2023. As of today, all In-App Purchases (purchases that cost real money) will be disabled. Some more content will be released for players until December this year.

Transformers: Forged to Fight was a fighting RPG mobile game released by Kabam and featurubg characters from Generation 1, the live-action film series, and Beast Wars. Released in April 5, 2017 it will finally meet its end after approximately 5 years.

See read the announcement here or a plain text version after the break. Click on the discussion link below and then share your impressions on the 2005 Boards!

It is with a heavy heart that we announce that we will be ending support for Transformers: Forged to Fight and shutting down all servers on January 13, 2023.

Working on this game has been nothing less than a labor of love. We created this game for all fans of Transformers to enjoy, and as fans ourselves, we’ve loved every minute of it and have been honored by every fight, Raid, and Mission that you have completed.

Although The Fight is coming to a close, we want to thank you for your dedication, support and love that you have shown this game. It has meant the world to us.

As of today, we will be disabling all In-App Purchases (purchases that cost real money). But, The Fight is not over! While the adventures on New Quintessa may be coming to an end, new stories will continue to be released into December!

Thank you once again for your commitment to Transformers: Forged to Fight.

If you have any questions, you can reach out to our support team via the in-game menu.

With all our gratitude,

The Transformers: Forged to Fight team.

Game Over: Transformers: Forged To Fight To Be Shut Down In 2023 - Additional Images

I will miss it greatly. I already do.

Definitely. I had a lot of fun grinding through it daily, all the brawls, upgrades, and missions were really good and I had a great time through it all. I’m really gonna miss this game, especially with my high-powered Decepticon team I ran

What a solid team! Sad it's over. I didn't manage to complete LOC3, but it was an awesome challenge.

Thought about downloading it the other day. Was It a good fighting game?

Definitely. I had a lot of fun grinding through it daily, all the brawls, upgrades, and missions were really good and I had a great time through it all. I’m really gonna miss this game, especially with my high-powered Decepticon team I ran

I thought it was, but I am not a gamer, this was really the only game I played in the last 15 years and now that its gone I am not playing anything. I certainly will never spend a dime or time on a mobile game ever again. Its another win for physical media

I thought it was, but I am not a gamer, this was really the only game I played in the last 15 years and now that its gone I am not playing anything. I certainly will never spend a dime or time on a mobile game ever again. Its another win for physical media

Thought about downloading it the other day. Was It a good fighting game?

And yesterday, Friday 13 January 2023, Transformers: Forged to Fight shut down.

'Til all are one.

Even though I only played it once, it's still a shame to see it go.

And yesterday, Friday 13 January 2023, Transformers: Forged to Fight shut down.

'Til all are one.

I honestly feel like MCOC was more of a pay to win, well it obviously is actually- compared to FTF. In forged you kinda got rewarded for completing acts a lot better than the marvel counterpart and ngl the small roster made it more accessible and easy to keep up with, whereas contest was a huge cash grab and made you pay to even get more characters, not sure if MCOC has the daily login rewards but man I appreciate FTF had it. Maybe it’s just my experience as a free to play person.

Pity I really enjoyed this game. I thought the combat system was much better than marvel contests of champions. Surprised since they gave us, dirge, rodimus prime, slipstream, ironhide, sunstreaker, and soundblaster this year, figured they were gonna release more content, alas not too be

As a current Kabam player I'm not surprised TF Forged to Fight was supposed to be the next level to Marvel Contest of Champions which has and is still surviving over the past 7 years even with all it's glitches & issues.

MCOC has always has been updating it roster, buffing old champs, or overhauling old champs they try to keep it fresh even when it stalls. But for TF:FtF they perfectly mastered the fighting style when they added 3d sidestepping into the environment that added the depth a fighting game needed. But where they failed was on the 3d maps was way more confusing to finish and not adding champs to the roster for a long long time it was left unkept. It had other nifty gimmicks MCOC didn't like having base raids and trophies to boost your champs. It sucks that they weren't able to live up to Kabam's MCOC but I think it came down was the fan investment into the game where it dwindled. I for one did stop for a much broader roster and easier map completing for MCOC. 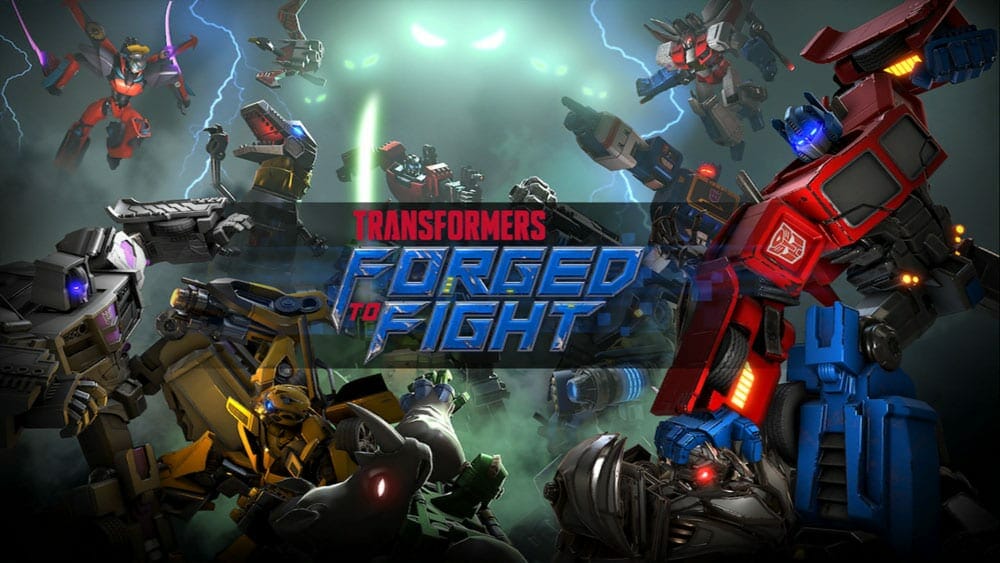 Tantrum and Grimlock were definitely my favorite of the bunch. 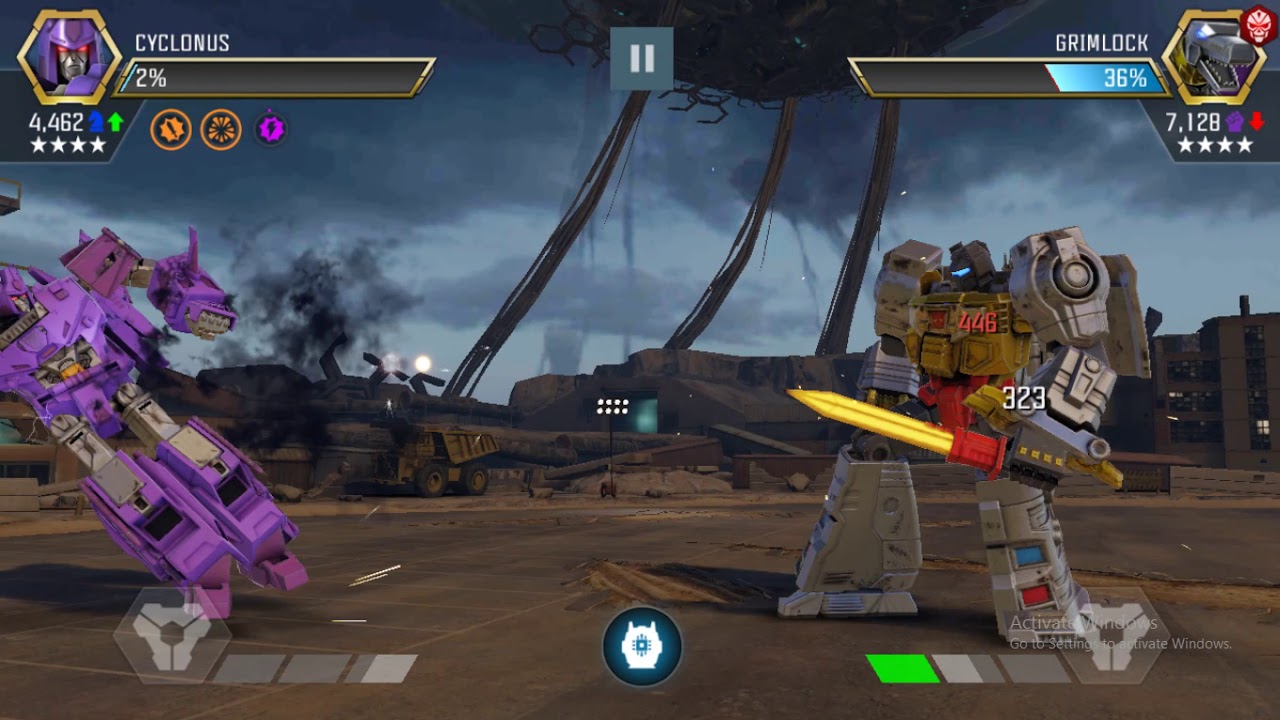 I will admit that graphical detail was more phenomenal on TF: FtF than MCOC depending on your phone or tablet; the details would pop and could see the battle damages on your opponent or your champ.

No Hasbro money has ever gone into this game. Other way around.

AAA games like the Cybertron games don't go over the horizon with other people's money.

I liked Forged to Fight to a fault, but I can't deny how scummy the general practice of mobile game transactions are. Grinding is a mess, and people can spend oodles just to keep going to grind a level for completion rewards. I won't explain the crystal and energon summons because everyone knows how cash-stealing those are already.

Somethings are just not fun, and at the very least the play style was unique and kept people coming in as long as it did. The instant I knew after coming back for so long that FtF uses the same spliced punch and hit SFX since launch the devs have put little forethought into more QoL and miniscule changes to expand the game. With all the gacha and Hasbro money you'd think this was a thing.

True, but at least they have offline single player modes.

This is the nature of mobile games. They’re all doomed to this fate.

Yes, It would be easy for hasbro to just fork money over to a proper game studio to make a proper transformers game that could survive for over a decade with live updates. If "Easy" was the only thing you focused on then that's pathetic. I guess it's no surprise though, The game industry nowadays is more focused on quantity than quality and most gamers continue to lap it up like it's okay.

I work in the games industry.

@Valkysas already told you, but if you don't know how things work over here with licenses, then I'll suggest doing a couple of Google searches and read/listen to articles and post mortems that explain this topic. Specially before posting with that tone.

Even with all of the NDAs, there's a lot of resources that cast a bit of light on how these deals works.

Regarding the current situation, Hasbro Gaming has that new studio, but there's no guarantee that they'll develop a TPS or something more targeted towards teens/adults.

They are also happily working with 3rd party partners such as mobile devs and Outright Games.

Making a AA/AAA game targeted towards the action/shooter demographic without a proper franchise boost (TV, Web, etc) is a money sinker that not many companies are willing to take a chance just because.

There are actually means of playing multiplayer on console and PC again as of this year! Takes no jailbreaking or anything like that. If you look up “Transformers Reenergized Project” you should find it.

Oh I must learn more! I'll research this after my shift tonight. Thanks for the heads up!

This is the nature of mobile games. They’re all doomed to this fate.

anyways, went to redownload it for the hell of it, and it looks like it’s already been delisted on iOS. That’s weird.

All the more reason not to support such nonsense.

i loved this game tho