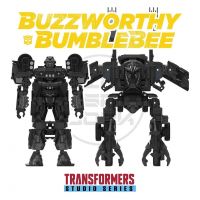 We have not only 360-view videos of the new Buzzworthy Bumblebee SS-95 BB N.E.S.T Bonecrusher and SS-96 N.E.S.T Ratchet  in robot and alt mode but Sam’s comments about the development and hidden details of the aforementioned figures and several CAD images.

Both toys have been confirmed as Target exclusives in the US. See all the images as well as a YouTube mirror of each new video after the jump together with Sam’s comments about these new toys.

This was a surprise drop for me this morning, so I am thrilled to share a little bit about this exclusive segment for the Buzzworthy Bumblebee Program. Inspired by our NEST Bumblebee Jeep from last year, this was a continued fictional expansion for Studio Series. Utilizing some existing characters and vehicle formats that could fit into the visual aesthetic for NEST, we set out to deliver some unique designs and color schemes.

Shown side by side here, Bonecrusher and Ratchet were designed simultaneously to ensure that the used the same color palettes, fonts, and iconography in order for them to feel like elite team members when next to one another. While there is no dedicated story that these characters follow, it was a fun opportunity to “SWAT” out the pair of bots and vehicles, and get the chance to work with some of this earlier tooling that I had not had the opportunity to contribute towards. Overall it was a very fun execution and I hope you all enjoy them as much as I enjoyed working on them! Find out a bit more about each character in their independent posts.

One of the best ways to kick off the weekend is with some new Transformers drops, especially when they come as a surprise for our team as well! I have a couple of items to share, but we’ll get started with N.E.S.T. BONECRUSHER.

Now you may be asking yourself, “Wait, Isn’t this guy a deception? didn’t he die in Movie 1? Before N.E.S.T. was established in Revenge of the Fallen?” You betcha! So why is he showing up as an autobot clad in NEST colors? Because he’s in disguise! At least that’s how this character was justified as we planned him out for this program. While Bonecrusher does get defeated in the highway battle with Optimus Prime in movie 1, his character reappears in the desert battle of Revenge of the Fallen, so in some form of continuity, he is still around during the inception of the NEST program. Bonecrushers vehicle form as a licensed Buffalo Mine Sweeper is a perfect troop transport, so while we were identifying alt modes that might lend them selves to work for this segment, Bonecrusher rose to the top.

While establishing the deco for this character, I did want to ensure that he remained a deception, but perhaps he was doing a reconnaissance mission for Megatron. His fictional serial number on the side of the vehicle translates to “ALL HAIL MEGATRON” and a deception logo that is hidden behind his spare tire gets revealed during transformation.

The color palette for this segment was a lot of fun to work in, and it relied heavily on varying shades of grays and blacks. It also provided the opportunity to revisit Bonecrushers vehicle mode, and highlight a lot of painted detail in places that were not utilized in the original release. You will find a lot more lights on this vehicle form, as well as some intricate mechanical detailing on the robot mode.

Overall I had a blast working on this guy, and it was a fun deviation to work some storytelling into the pack, even if its only intent was to assist me in creating the deco spec. I hope you all enjoy him as much as I do, but be sure to let me know your thoughts below!

Ratchet felt right at home when looking for characters in this program. As a service body Hummer H2, he already shared a lot of the same vehicle aesthetics as the Hummer HX concept and the H3T used in the films. With a color palette established on Bonecrusher, I set out to make the SWAT team version of Ratchet.

Armed with his DOTM blaster which seemed like a more fitting accessory for the pack, Ratchet is clad in all gray and black tones, with a lot of newly allocated deco to ensure that he felt different from his previous releases. similar to Bonecrusher, I tried to get a lot more of the vehicle lights to be illuminated with paint in this version, along with some nice mechanical detailing on the robot mode.

Along with the NEST insignia on the side of the service body, you will also find a familiar numerical badging in the serial number on his door. “FD681 SR43” which references to “Fire Department 681” “Search and Rescue E4” which were his identifying markings from his various vehicle liverys used in the first 3 films.

This program was a lot of fun to work on, and I hope there are opportunities for more fictional studio series expressions in the future. What do you think of these characters, and this NEST program overall? Lets discuss it in the comments below!

Wow was not expecting that to work as well as it does. SS repaints have got me hyped for Nightwatch SS OP. 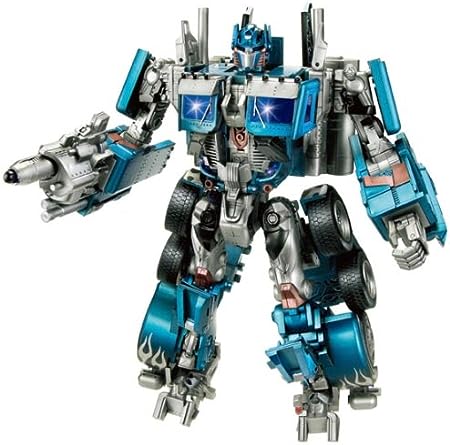 Could they have made it a bit bigger ?

No, cause it goes against the overall theme of why this exists.

Could they have made it a bit bigger ?

The unpainted wheels kinda bug me seeing next to normal Bonecrusher (which it normally doesn't but the rims matching the body would work well here too). Otherwise though I like these colors on the mold.

He should have been Decepticon insignia not an Autobot insignia

He should have been Decepticon insignia not an Autobot insignia

Yeah the blue looks weird to me as well. Maybe for a new character. Steelhead? Ironsteel?

Edit: Autocorrect came up with a better name. I meant Steelhide.

Thanks for liking the digi. I personally don't like it but I'm glad others do.

Your welcome and trust me I get it, we are some of our worst critics.

I'm probably gonna get crap for this but IDK why Ironhide in blue just looks weird to me.

This is a hot take but I prefer your digibash NEST Ironhide over the actual release.

Yeah the blue looks weird to me as well. Maybe for a new character. Steelhead? Ironsteel?

Thanks for liking the digi. I personally don't like it but I'm glad others do.

Edit: Autocorrect came up with a better name. I meant Steelhide.

I'm probably gonna get crap for this but IDK why Ironhide in blue just looks weird to me.

Ironically the gold is what kills the mold imo. It might just be the digi as this is literally the 2nd time I have done a Bayformers digi. Anyway the colors I was trying to base the digi off of was the ROTF Voyager Ironhide. View attachment 29682721 View attachment 29682722
I might have to try and remake this since I really am not happy with the digi I made before.

On a side note for some reason the recolor made him look like a darker black instead of gray for some odd reason.

This is a hot take but I prefer your digibash NEST Ironhide over the actual release.

Buy it probably since it seems I’m a sucker for this mold.

I know I just got my 15th anniversary ironhide, but I would buy that in a heartbeat. Those gold highlights do wonders for the figure.

Yeah the gold really does it.

Ironically the gold is what kills the mold imo. It might just be the digi as this is literally the 2nd time I have done a Bayformers digi. Anyway the colors I was trying to base the digi off of was the ROTF Voyager Ironhide. View attachment 29682721 View attachment 29682722
I might have to try and remake this since I really am not happy with the digi I made before.

On a side note for some reason the recolor made him look like a darker black instead of gray for some odd reason.

This really feels like "we have a bunch of these guys left over so let's slap a different color on 'em and call it a day."

Well no, you can tell this figure is molded in gray, it’s not gray paint over top of the original molded color.

I think I'll wait for this to be discounted. I just hope in the future there'll be more SS repaints that make a lil more sense.

While I prefered the N.E.S.T colours over the original. I gonna skipped this one. Transformation look complicated and I'm not that attach to that character.

Ya know, there\'s not much I wouldn\'t give for some repaints of past SS molds WITH modifications. I know there is literally a 0% chance of this, but it would mean the world if they repainted Decepticon Brawl into nest colors AND actually gave him ankle tilts. I\'m constantly on the brink of chucking that figure into the next dimension because of how much I hate it\'s horrible lack of ankle tilts. It should be a federal offense not to add ankles to a character with such massive feet. Because of that, he absolutely refuses to look epic or even moderately dynamic on my shelf.
same goes with ironhide, just to a slightly lesser degree.

I\'m in the camp of people that never got my hand on the original. At the time I was being selective, before I became an SS completionist. So this fella will be mine. Ironically the same thing happened with SS DOTM leader Megatron (more so because I hated that mold), but I ended up picking up his universal Studios Grey deco version. So it\'s becoming a soft habit of mine to score emo cons instead of their originals lol. I\'m not mad at that.

So, my take on this is that bonecrusher, like the constructions (heavy protoform), the dreads (soldier protoform), blackout (shock trooper protoform), and brawl (devastator protoform), shares a protoform with other decepticons, which Ima call the \"blitzkrieg protoform\". I see this in the same way that carbots often share similar car part placement (hot rod, bumblebee, drift, jazz), and therefore share a similar small protoform which I will choose to call the carbot protoform. Most transformers are built off a category of protoforms, and then have the chance to modify there outer plating in adolescence and onward. Some transformers however are built and modeled for a specific purpose, like Optimus/dragonstorm/dinobots who were designed from the ground up by quintessa to do her bidding, or devcon who literely just there to shoot everything.

Thus, from this intense head cannon of mine, I like to think that this is not in fact bonecrusher, and is a completely different bot named Sleepercell, who is specifically tasked with gaining human intell from directly after 07 to the begining events of AOE, where he is hunted by lockdown and currently has unknown wherebouts
Thank you for listening to my Ted Talk